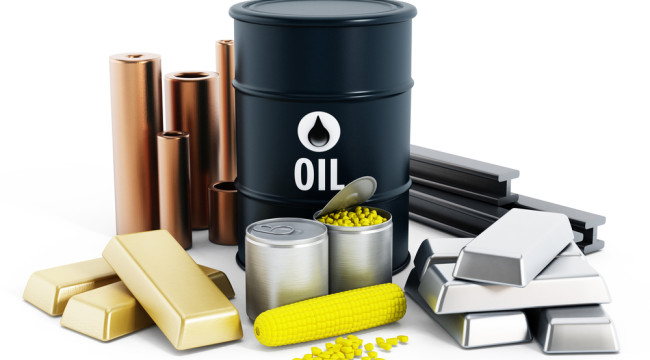 Chart: On the Precipice - Will Global Markets Follow Commodities?

From 1970 to 2004, commodities moved the opposite direction of assets like equities and bonds. For example, it was during times such as the 1990s that cheap inputs like oil and metals helped to fuel growth in industries across the globe.

When the oil price spiked, like in instances such as the Iranian Revolution and the subsequent Iran-Iraq War in 1980, the market reacted accordingly. In that particular case, inflation jumped to 11.3% in 1979 and 13.5% in 1980, a US recession was triggered, and many economic sectors were hit hard.

However, as we see in today’s chart, from 2001-2012 commodities (as measured by the Bloomberg Commodities Index) have more or less kept in line with the S&P 500. This is historically unusual and many analysts expected it would not last. In 2012, commodities diverged in a big way.

Gold and silver were the first to drop off. More recently, it was base metals and oil that fell off the cliff because of slowing growth in China and supply gluts. Today, the Bloomberg Commodity Index and the TSX Venture Composite Index are lower than they have ever been since their inception. The former is down -19.9% from the beginning of 2001. The Venture is down -40.1% since then.

Today may be the end of this trend of divergence. US equities are at a precipice: fueled by low rates and quantitative easing for years, they have finally started to tumble from record highs.

Yesterday, the Dow had its largest one-day drop since April 2014 as it slid 350 points. Even tech darlings were down as $49 billion in market capitalization was wiped out, with Apple, Google, Netflix, Facebook, and Twitter all getting crushed in trading yesterday.

Market sentiment is decidedly worse than it has ever been in recent years with the tailwinds of Greece, Puerto Rico, China, and other problems.

Making predictions are the dumbest possible idea, but they say that fortune favours the brave.

So here are some bold predictions:

Gold will at least hold its current value, if not see gains in the upcoming six month. US equities do not see sizable gains for awhile. The Fed does not hike rates in September (or if they do, it will be to a lack of fanfare from the markets). Industrial commodities like base metals will continue to drop off a little further as the overall market feels like it has lost momentum and supply gluts remain supreme.

What do you think will happen in the short and medium term?