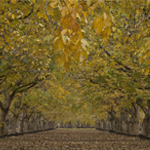 Juglans nigra vs. debitis gubernationis. The former produces nuts; the latter is produced by nuts.

In today’s musing we compare black walnut trees to government bonds. This clever comparison springs from the mind of James Grant, editor of Grant’s Interest Rate Observer. But we will not simply paraphrase Grant’s thoughts on the topic, we’ll add a couple more of our own…for better or worse.

Juglans nigra is a tree, of course, but it is also an investment. In fact, from Grant’s perspective, it is a far better investment than debitis gubernationis.

Admittedly, growing Black Walnut trees is a very non-traditional investment. But we inhabit very non-traditional times. “Non-traditional” is, in fact, Fed Chairman, Ben Bernanke’s go-to adjective for describing the array of money-printing schemes that he pursues. And he is so proud of these schemes — and the wonders they may or may not bestow — that he promises to continue them indefinitely.

That’s why Grant’s “Reason No. 1” to invest in black walnuts is that “a tree is a store of value, a tangible, or ‘real,’ asset…”

The second reason Grant takes up the cause of the Juglans nigra “is that the idea is so winningly contrary. It’s the kind of idea that not one professional investor in 500 will be able to implement. The value proposition takes this form: Lock up your capital — the cost of land as well as that of seedlings, taxes, labor, etc. — to reap an uncertain reward in the year 2040…Truly,” Grant concludes, “black-walnut farming ticks not on institutional box.”

Therefore, Grant advises shunning the perceived safety of Treasury bonds and embracing the “extreme leverage” of growing trees. But this “organic” version of leverage is not the kind that sends a Lehman Bros. careening into bankruptcy or sends an AIG running to the Treasury Department for a bailout. It is the kind that takes a $5 seedling and turns it into a thousand-dollar tree. “Dig a hole,” says Grant, “plant a seedling and wait 25 or 30 years. Minimum effort yields maximum results — leverage of a nonfinancial kind.”

Recently, a twenty-something California surfer who moved down to Nicaragua a few years ago shared a nearly identical idea with your editor. “I’m thinking of planting some hardwood trees on my land, then watch ’em grow for twenty-five years…and then harvest ’em for about 60 grand.”

This ex-pat surfer has never read an issue of Grant’s Interest Rate Observer. He doesn’t pay any attention to the Federal Reserve, listen to CNBC or read the Wall Street Journal. He has no “investment portfolio,” other than the livestock and papaya fruit he raises on his small farm.

And yet, he and Jim Grant have reached an identical conclusion… sort of. But Grant suggests planting hardwood seedlings in upstate New York; the surfer prefers planting seedlings in southern Nicaragua. Perhaps this geographical nuance is a distinction without a difference. But 25 years is a long time.

“Hardwoods demand a generation-length holding period,” Grant admits, “and pay no dividend until the man with the chainsaw shows up.” Given this generation-long holding period, these two would-be foresters — Grant and the surfer — are not merely betting on trees, they are also betting on the land beneath the trees.

Here in 2012, no one would mistake Nicaragua for New York. Only one of these two locales boasts a “First World” status. The other is struggling to shake off its “Third World” reputation. That said; one or both of these two nations could change dramatically over the next 25 years…and not necessarily for the better. Their respective economies, political climates and tax regimes, for example, might look nothing like they do today.

Twenty-five years ago, Nicaragua was embroiled in a catastrophic civil war. The US, meanwhile, was tasting the first fruits of a two-decade economic boom. But Nicaragua’s civil war is over…and so is America’s economic boom. In fact, their respective economies are trending in very different directions — Nicaragua, for the better; America, for the worse.

Obviously, these recent trends cannot tell us anything about the socioeconomic conditions of Nicaragua or the US in the year 2037. But they can, and do, tell us that change is constant and that no nation holds a permanent monopoly on opportunity — not even the United States.

So just for kicks, let’s examine a few socioeconomic contrasts between the US and Nicaragua. To preview: The US is very rich and powerful; Nicaragua isn’t.

These sharp contrasts are exactly what one would expect when comparing the world’s wealthiest nation to the Western Hemisphere’s second poorest nation (top prize in that category falls to Haiti). Similarly, it should come as no surprise that the median income in Nicaragua is only 1/10th of what we Americans call the “poverty line.”

As the chart below illustrates, Nicaraguan GDP growth has staged a remarkable rebound from the war-torn decade of the 1980s. Meanwhile, US GDP growth has been downshifting from its robust pace of the ’80s and ’90s.

If you were to get out a ruler and extend these trend lines out 25 years, you’d find the US economy in a very lamentable condition, and the Nicaraguan economy in a very enviable one. But the world doesn’t robotically follow trend lines. The global economy has a way of foiling linear extrapolations.

The world is always changing, but not always for the better. So why not keep an eye on the long-term trends that can nourish prosperity…or starve it?