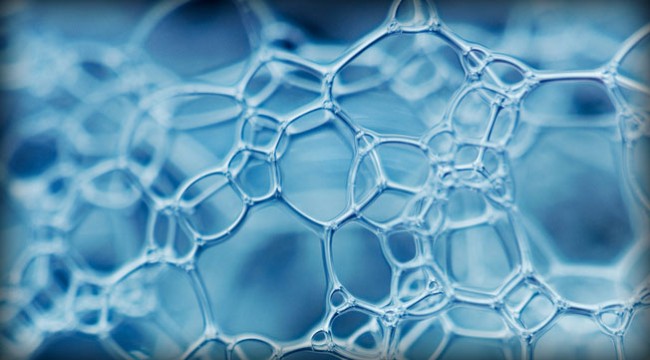 “Look, I’m sick of reading about bubbles — no matter what the conversation,” wrote our own Greg Guenthner in yesterday’s Trend Playbook.

“It’s clear that the 2008 crash remains a psychological burden to most investors. So they continue to categorize any rising asset price as a bubble.”

Heh. Greg has always taken a more well-traveled road than we have. We hope he’s right… but we’re more hopeful he doesn’t see what we write here today.

It’s just that we can’t help ourselves. The news cycle this morning was so…well….bubbly.

Before we even started today’s issue this morning, an email landed in our inbox from the young man charged with overseeing our social media. “#Nikkei is trending on Twitter right now” he wrote, confirming what we suspected.

Seconds later, we opened the markets page on the Financial Times’ site to see the headline: “Nikkei Plunge Sparks Retreat From Risky Assets.”

“Global stocks are in sharp retreat, led by a savage plunge in Tokyo, as traders are spooked by the prospect of reduced central bank support and a slowing Chinese economy.”

After one heck of a six-month rally, the Nipponese index dropped 7.3%, the biggest day’s drop in the past two years.

Is it a turning point or a small correction? Who knows… we’re just entertained that it was only a few short hours before we heard the news that we saw the latest cover of The Economist: 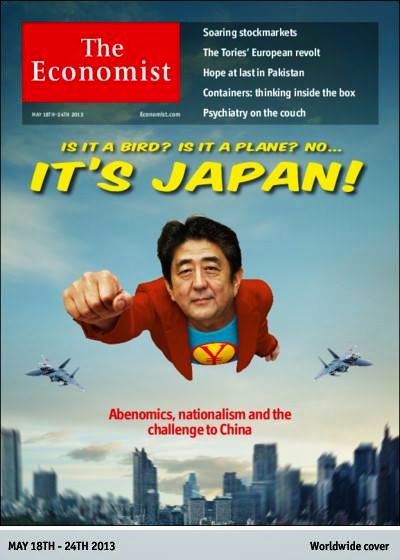 You don’t need us to tell you about gravity, dear reader — markets that go up eventually get pulled down… but for some deep-seated reason, when a serious financial publication prints a cover and headline like this, we become skeptical.

It doesn’t make us any less skeptical that all other areas of the economic environment look so gloomy except for stock market, which appears to heavily depend on the globe’s central bankers.

Don’t just take our word for it, either:

“The Shanghai Composite dipped 1.2%, the Hang Seng Index fell 2.5% and the ASX 200 in Australia lost 2%,” wrote FT, “after they got their first chance to react to Federal Reserve chairman Ben Bernanke’s comments that monetary stimulus could be scaled back…”

You’ll recall yesterday we gave our two cents about the chance of Bernanke tightening… if you missed it, here’s a two-word summary: fat chance.

St. Louis Fed president James Bullard seems to think so too. Reuters reported that he said the Fed wasn’t “that close” to tightening its policy soon after Bernanke’s comments.

As our own Ryan O’Connor puts the next correction: “This will be a long and painful process — the exact opposite of the euphoria created by credit expansion… eventually, economic reality and markets will collide.”

P.S. We don’t talk bubbles for bubbles’ sake… we actually believe that the big bust could shake your financial security to the core. We don’t want it to happen to you. That’s one of the reasons we write the Daily Reckoning each day… and why subscribers to our daily email are in a unique position to do something about it. Click here now to join them and find out for yourself.