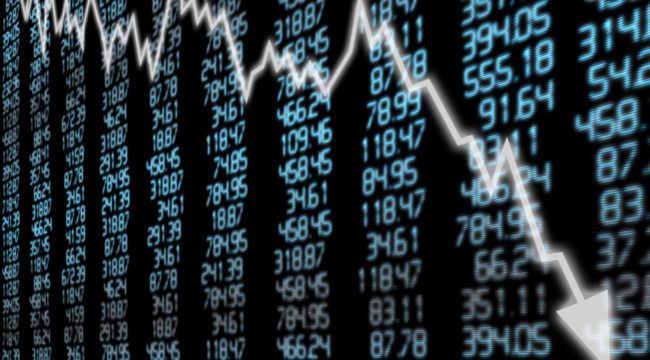 To paraphrase one of the great gems of Wall Street wisdom, “Nothing infuriates a man more than the sight of other people making money.”

That’s a pretty good description of what happens during the late stage of a stock market bubble. The bubble participants are making money (at least on a mark-to-market basis) every day.

Meanwhile, the more patient, prudent investor is stuck on the sidelines — allocated to cash or low-risk investments while watching everyone else have fun. This is especially true today when the bubble is not confined to the stock market but includes exotic sideshows like crypto-currencies and Chinese real estate.

It gets even worse when investors are taunted by headlines like the one in a recent article, “Investors Can Either Buy Bubbles or Be Left Far Behind.” The article is a case study in the “Bubblicious Portfolio.” Infuriating indeed. Actually it should not be.

On a risk-adjusted basis, the prudent investor is not missing much.

When markets go up 10%, 20% or more in short periods, market participants think of their gains as money in the bank. Yet, that’s not true unless you sell and cash out of the market. Few do this because they’re afraid to “miss out” on continued gains.

The problem comes when the bubble bursts and losses of 30%, 40% or more pile up quickly. Investors tell themselves they’ll be smart enough to get out in time, but that’s not true either.

Typically investors don’t believe the tape. They “buy the dips,” (which keep dipping lower), then they refuse to sell until they “get back to even,” which can take ten years. These are predictable behaviors of real investors caught up in real bubbles.

It’s better just to diversity, build up a cash reserve, have some gold for catastrophe insurance, and then wait out the bubble crowd. When the crash comes, which it always does, you’ll be well positioned to shop for high-quality bargains amid the rubble. Then you’ll participate in the next long upswing without today’s risks of a sudden meltdown.

OK, so I just argued that the stock market (and other markets) are in bubbles. But where’s the actual proof for this?

The Shiller CAPE ratio (a good indicator of how expensive stocks are)  is at levels only seen at the 1929 crash that started the Great Depression, and the 2000 dot.com bubble. Likewise, the market capitalization-to-GDP ratio is above the level of the 2008 panic and comparable to the 1929 crash.

The list goes on, including historically low volatility and unprecedented complacency on the part of investors.

I expect the wheel of fortune to turn and for luck to run out for the sellers.

But it’s time to add another warning sign to the list. Certain high-yield (or “junk bond”) indices have fallen below their 200-day moving average. This can be indicative of a stock market correction.

Junk bonds are riskier than equity. When they get in trouble, it’s a sign that the corporate issuers are having trouble meeting their obligations. That in turn is indicative of reduced revenues or profits, tight financial conditions, and lower earnings.

Panics in October 1987 and December 1994 were preceded by distress in bonds about six months earlier. While there is no deterministic relationship, bonds are a good leading indicator of stocks because they are higher in the capital table and feel distress sooner.  The October 1987 one-day 22% decline in stocks, and the December 1994 Tequila Crisis in Mexican debt were ugly for investors. The bond market gave a six-month early warning both times.

It may be doing so again.

But what the Fed? Is it setting markets up for a fall?

It’s true that the Fed has been raising interest rates since 2015, and had engaged in tapering for two years before that. Yet, these actions hardly constitute tight money. The tightness or ease of monetary policy needs to be judged relative to financial and economic conditions.

In effect, the bank pays you to borrow. That’s easy money.

By most models including the famous Taylor Rule, rates in the U.S. today should be about 2.5% instead of 1.0%. We have easy money today and have had since 2006. This comes on top of the “too low, for too long” policy of Alan Greenspan from 2002-04, which led directly to the housing bubble and collapse in 2007.

The U.S. really has not had a hard money period since the mid-1990s. That’s true of most of the developed economies also.

What’s going to happen when central banks start to normalize interest rates and balance sheets and return to a true tight money policy in preparation for the next recession?

We’re about to find out.

Central banks all over the world including the Fed, ECB, and the People’s Bank of China are in the early stages of ending their decade-long (or longer) easy money policies. This tightening trend has little to do with inflation (there isn’t any) and more to do with deflating asset bubbles and getting ready for a new downturn.

But, in following this policy, central bankers may actually pop the bubbles and cause the downturn they are getting ready to cure. This is one more reason, in addition to those described above, why the stock market bubble is about to implode.

Complacency and overconfidence are good leading indicators of an overvalued market set for a correction or worse.