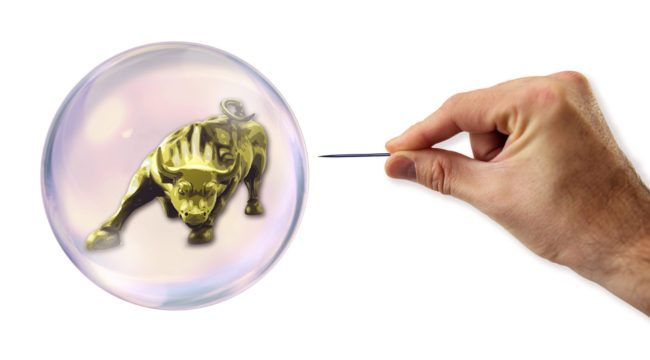 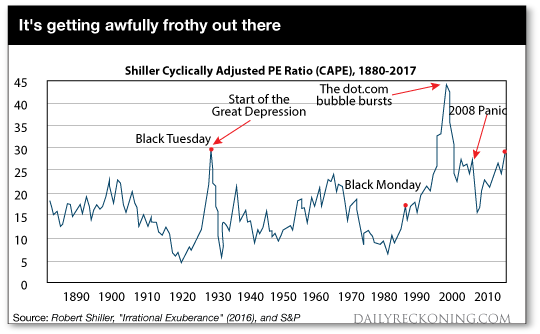 All that mattered were “eyeballs,” “clicks,” and other superficial internet metrics. The dot.com bubble crashed and burned in 2000. The NASDAQ fell from over 5,000 to around 2,000, then took sixteen years to regain that lost ground before recently making new highs. Of course, many dot.com companies did not recover their bubble valuations because they went bankrupt, never to be heard from again.

The Fed has raised rates three times in the past sixteen months and is on track to raise them three more times in the next seven months. In addition, the Fed is preparing to do QE in reverse by reducing its balance sheet and contracting the base money supply. This is called quantitative tightening or QT, which I’ve discussed recently.