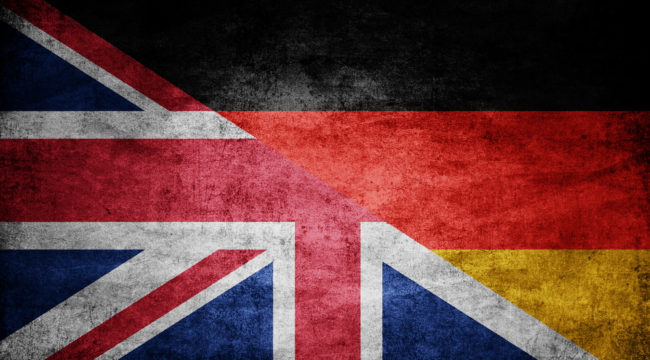 Investors are continuing to seek cover from uncertainties during Brexit negotiations. One city has emerged as an alternative to London’s financial dominance in Europe.

Since the groundbreaking Brexit referendum in the United Kingdom last June multiple cities have hosted business leaders, major banking seminars and various banking courtships trying to lure potential moves. Now that the formal legal process, selection of Article 50, is set to begin the actual “divorce” from the EU – the race is on for taking away London’s economic dominance.

Once Article 50 is triggered, the UK will officially be cut out of EU decision-making. The exit negotiations require the remaining 27 member EU member states approval.

Ironically, at that point the UK will not be able to participate in direct internal decisions about its official withdraw.

With the UK out of the negotiation process, other EU members have targeted the meetings as an opportunity to lure in private sector industries and associated financial interests.

This weekend marks the 60th anniversary of the founding six members signing the European project. As the 27 members reconvened in Rome to celebrate the inaugural declaration, British PM Theresa May was fittingly not present.

The EU along with a closely intertwined financial sector have already taken note of the absence. Where one opportunity may have been shunned, another stands to take its place.

More than one fifth of all Europe’s 500 largest private companies maintain headquarters in London.

By itself, London has the economic size and capacity of neighboring Belgium.

Bankers have flocked to London as a major financial hub for over a century.

Now that Article 50 and the free flow of bankers, finance and economic competition from the country is in question – that could all be about to change.

Chief banking executives are now thinking twice after concern that travel, regulation and workforce flows will be disrupted in the months and years to come.

HSBC, a British based multinational banking and financial industry leader that houses the world’s seventh largest assets is already thinking twice. HSBC’s chief executive Stuart Gulliver recently told Bloomberg during an interview that he is looking to move at least 1,000 of the bank’s personnel back to continental Europe.

The ability of London to retain and bolster these financial service sector deals will largely unfold during the Brexit negotiations.

The City of London is already eyeing down the barrel from its fellow European counterparts and another major financial hub is ready to overtake its position. Money drives competition, and financially poised cities are far too aware of this.

Much of the shift from London depends on the type of business that is moving and what they already have in place.

Overall, the consensus signals that Frankfurt would come out ahead in the race to compete with London in a post-Brexit world. While honorable mentions go to favorable financial systems in Dublin, Amsterdam and Paris the long-term strategy is that the financial sector will move to the center of its “gravitational force.”

For Europe, all banking roads lead to the European Central Bank. Location – Frankfurt.

As a regulatory hub for banking and finance in Europe, the ECB offers several logical reasons to want to be closer to the central bank.

Frankfurt is already making the case for the London-based European Banking Authority to relocate its headquarters following Brexit.

John McFarlane, chairman of Barclays bank a British multinational banking and financial services leader, remarked on the state of affairs, “The new terms of trade will be of fundamental importance to our industry and to the long-term attractiveness of the UK.”

Frankfurt is already home to two of the most influential German banking outlets with Deutsche Bank and Commerzbank.

The global markets have remained vigilant on how Brexit might be officially received by the EU. However, the German stock index (DAX) that consists of the Frankfurt Stock Exchange has been on a steady rise.

The DAX and Frankfurt Stock Exchange continue to be going strong with several speculators believing that Frankfurt will further its performance in the weeks and months after Brexit negotiations begin.

The Frankfurt state premier (equivalent to a U.S governor), and member of German Chancellor Angela Merkel’s political party, Volker Bouffier recently told a conference while speaking on the Brexit opportunity that, “We have the biggest collection of competence, on experience and knowledge of what goes on in banking.”

As banks consider whether Frankfurt could be an opportunity for an even more influential European Union hub, German regulators have proactively been seeking to court banks like Citigroup, Goldman Sachs and UBS Group.

According to one account from a German based lobby group, Frankfurt is projecting to add as many as ten thousand new jobs from the British financial industry.

There is still mounting competition from other international outlets trying to stake claim into the opportunity cost of Brexit. Currently major Japanese, Swiss and American cities are also attempting to court financial sector business.

While the Lisbon Treaty and British officials continue to mount an argument for talks to be completed over the course of two years, the actual story could take much longer to unfold. In the long-term Frankfurt and Germany overall could be poised to be the big winner.

“Germany is open for business” said Stefan Winter who is Chairman of the Association of Foreign Banks in Germany.

“Politicians in Berlin are open to having more banks in Frankfurt, so long as they are properly controlled. That is different to what was the case 12 months ago.”

After recent moods from German politicians have warmed to the banking industry, a considerable shift from G20 banking operations have seen Germany as a stable hub for business.

While the precedent of Brexit could highlight for others seeking to exit the European Union what exactly to expect, it could also offer a roadmap for cities seeking to up the ante in competition.

For now, Frankfurt remains in front of the pack for financial outlets seeking a secondary home away from London.

As Jim Rickards remarked in the immediate aftermath of the Brexit vote, “Above all, these trends mean uncertainty. Markets have ways to price risk on a probabilistic basis, but markets have no way to price uncertainty where almost anything can happen.”

Rickards believes that the long road to Brexit is just beginning and that much is left on the negotiating table in such opaque times.

“In these situations, markets go to the safest of safe havens and that means cash, U.S. Treasuries, and gold.”