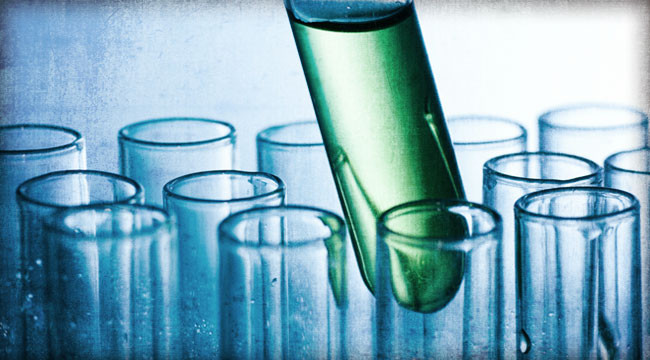 Breaking Barriers in a $12 Billion Industry

[This article originally appeared in The Daily Reckoning on December 20, 2013]

My father had prostate cancer. He was diagnosed with it when he was in his early 70s. It turns out that any man that age in the United States has a 1 in 8 chance of going to his doctor and getting that bad report. My father’s cancer may have metastasized before his death, but neither he nor his children knew whether it had, mostly because Dad actually lived the mythology that swirls around prostate cancer — no need to panic, because it grows so slowly that something else will get you first. Yes, something else got my father many years later — massive strokes at age 88. He had a nonaggressive form of prostate cancer.

Most men think that prostate cancer is like my father’s — not really a big C, more like a small c. But thinking that prostate cancer is relatively benign can be dangerous. Yet strangely enough, the opposite — overreacting — can be dangerous as well. Far too many men have gone tumbling headlong into surgery and radiation, often out of fear and a need to maintain some control over lives that seem suddenly out of control, only to end up with a diminished quality of life and perhaps a shorter one as well. The phenomenon has given rise to a new term surrounding prostate cancer — “overtreatment.”

…the older you get, the more likely you are to have prostate cancer. It cannot be overstated that this is a disease of aging.

People understandably react severely to the word cancer, and no end of money gets spent on the last six months of life for those with a cancer. The American penchant to aggressively treat cancers no matter what the cost, combined with our willingness to pay more for pharmaceuticals than people anywhere else on the planet, has opened a world of opportunity for small biotech companies.

Of the more than 30 biotech companies that had initial public offerings this year, the majority are focused on cancer drugs. The reason is obvious — people who are dying or think they might die too soon will gladly spend whatever they are charged for a chance to beat Mother Nature for just a year or two longer.

Biotechs focused on cancer are easier to finance and more likely to demand a high price when they go public, because no matter how much it costs to develop a cancer drug, and even if it works only a little bit better than another similar drug, patients will demand it and physicians will prescribe it. It doesn’t take long for a young drug company to make back its development costs if it can charge patients $300 for one day’s dose.

Make no mistake — I don’t think researchers and scientists trying to find cancer cures are looking for a personal golden egg. I am convinced they are devoted to the cause and often desperately want to help people suffering.

I was deeply touched a couple of months ago when I interviewed Dr. Matthew Ellis at The Washington University School of Medicine in St. Louis, where he conducts research on breast cancer. He pleaded with me to focus on reporting that would convince the money guys at NIH and the National Cancer Institute to spend more of their scarce resources on late-stage cancer therapies. “We already know what to do with early-stage cancers,” he said. “We struggle a lot more with advanced disease.” He felt late-stage cancer patients were being ignored.

Ellis is right. Late-stage cancers deserve more attention than they are getting, and drugs that significantly prolong life for late-stage cancer patients are much more likely to result in windows that open research into actual cures.

There’s at least one late-stage prostate cancer treatment in development that offers new hope for extending life. Drugs that can offer late-stage cancer patients any hope at all are rare, and as Dr. Ellis says, “Treating metastatic cancer is a huge challenge. But it’s not a hopeless endeavor. Most people are not actually cured, but that doesn’t mean we shouldn’t try. Some actually are cured.”

To get a grasp on what is worth worrying about when it comes to prostate cancer, and to try to understand the threat as rationally as possible, let’s look at some statistics. First of all, yes, I have a higher risk of getting prostate cancer because my father had it, and you do too if your father had it. The risk is about double. As much as 10% of prostate cancer cases are directly caused by inherited mutations in genes passed down family trees. But interestingly enough, I would have a much higher probability of getting the disease if my brother had prostate cancer (so far, he doesn’t).

Studies of twins suggest that each male has a group of genes susceptible to causing prostate cancer if they mutate. The mutations do not have to be inherited — so-called somatic mutations that occur spontaneously in the body cause far more prostate cancers than inherited gene mutations. One study suggests the risk of getting prostate cancer from bad genetics is as high as 40%. And if you are younger than 55 and get prostate cancer, which is very rare, almost half the time it is from genetic causes.

The most recent research indicates that multiple genes are involved in many cases of prostate cancer. A study published in the journal Nature last month honed in on 127 genes along a narrow band of human DNA that seem to be involved in almost all cancers. The study suggests that the likely total number of genes that cause cancers, out of 30,000 genes in a human, may not be more than 400.

But genes aren’t where you should focus your attention. If there is one clear relationship between the male body and prostate cancer, it is a remarkably simple one — the older you get, the more likely you are to have prostate cancer. It cannot be overstated that this is a disease of aging.

Up until age 40, for example, your chance of being diagnosed with prostate cancer is a mere 1 in 10,000. That drops to less than 1 in 50 by age 50, and at age 60, you’re looking at a 1 in 15 chance. The risk doubles again in 10 years to 1 in 8 at age 70. Although all cancer risks increase with aging, the relationship between aging and prostate cancer is especially noticeable. (Of course, there’s a relationship between aging and gene mutations — the older you get, the less effective each cell becomes in its ability to replicate itself accurately and to repair genetic damage.) The average age of diagnosis for prostate cancer is 67.

Now that you know some facts about it… you’re probably wondering, what’s the investment angle? Well, treatments for prostate cancer are numerous, competitive and only likely to get more competitive. There are vaccines, chemotherapies, radiation treatments, castrations (surgical and chemical), hormone therapies, cryosurgeries, plain-old cut-that-gland-out-of-there surgeries and at least 24 different drugs on the market.

Among cancers, prostate is the second-leading cause of death in men after lung cancer. There are at least 2.5 million men alive who know they have it at this moment. To give you some example of the money being spent on this disease — about $12 billion annually — you have only to look at a tried and true chemotherapy called Taxotere, developed by global pharmaceutical giant Sanofi. Before it lost patent protection in 2010, Taxotere created sales for Sanofi of $3 billion a year.

In the last two years, the FDA has approved five different drugs that extend the lives of men with metastatic prostate cancer. One of the latest and greatest is Johnson & Johnson’s Zytiga, which was approved by the FDA in 2011 as a third-line drug to treat people who have taken Taxotere or its generic version, docetaxel, without good results.

(Second- or third-line drugs are not the drugs of first choice to treat a disease. Doctors follow orderly procedures, which are developed by trial and error for treating major diseases like cancer. Radiation, for example, might be a first-line treatment. Docetaxel, a chemotherapy, would be a second-line treatment if radiation is ineffective. Zytiga used to be a third-line treatment.)

A year ago, the FDA approved Zytiga, which can be taken as a pill, as a second-line treatment for men who had not received chemotherapy. That boosted its sales to what will probably be more than $1.6 billion in 2013, putting it well into the top 100 best-selling drugs in the United States. But Zytiga has a new and powerful competitor… which I think presents an even better investment opportunity. If this competitor’s drug is approved by the FDA, the company’s sales could jump by nearly 50%.

We’ll be writing about this drug and the rest of the biotech space throughout the year. Stay tuned for details.

Ed. Note: As new and better cancer treatments come online, Stephen will be right here to show you which ones work and how best to profit from the companies manufacturing them. And readers of The Daily Reckoning email edition will be given an opportunity to hear about them before almost anyone. Don’t miss your opportunity to discover the next great miracle drug before anyone else. Sign up for The Daily Reckoning, for FREE, right here.