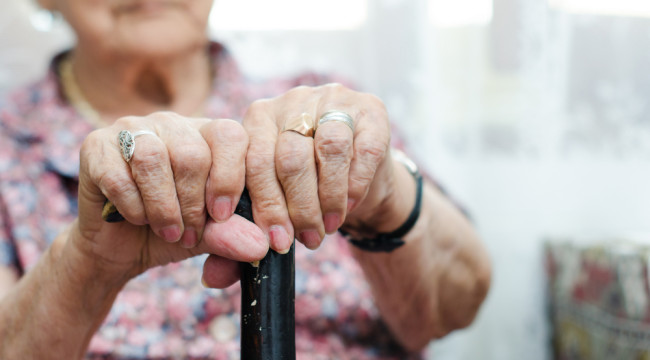 “More than a quarter of a million active and retired truckers and their families could soon see their pension benefits severely cut,” says The Washington Post — “even though their pension fund is still years away from running out of money.”

The move would amount to “the first cuts in earned pension benefits to current retirees in over 40 years,” writes David Dayen at The Intercept. Not all Teamster retirees would be affected, only those covered by the Central States Pension Fund. But they face an average cut of 23% come July 1.

The decision isn’t final. And the decision rests with the Treasury Department.

This unfortunate state of affairs traces back to one of those last-minute budget deals in Washington aimed at averting a “partial government shutdown.”

The deal was loaded with all sorts of special-interest goodies. We described one of them as it all went down in December 2014 — banks gaining the privilege of trading high-risk derivatives through their subsidiaries backed by the FDIC, potentially leaving taxpayers on the hook if those bets go bad.

Also included was what’s setting up these Teamsters for a more meager retirement: The trustees of pension plans that cover more than one employer in a single industry can now apply to the Treasury to cut benefits to current retirees, supposedly to improve the plans’ solvency.

“Retirement security advocates fear that the Central States decision will trigger a number of other pension funds to use the new law to shirk obligations made to workers for decades,” Dayen writes.

Here at The 5, we’re agnostic about the wisdom and/or necessity of this move. Maybe the managers of the pensions promised more than they could deliver in decades gone by and the numbers no longer add up. Or maybe the present-day managers are being overcautious about the shortfall they anticipate.

For our purposes, it doesn’t matter: We bring up the case of these Teamsters to make a bigger point about broken retirement promises — such as the looming end of “file and suspend” for Social Security.

We wrote about it a few times last year. Without going into the weeds here, it’s a technique couples can use to maximize their Social Security benefits during retirement. The Obama White House labeled it an “aggressive” strategy benefiting “upper-income” recipients who “manipulate” the system.

Congressional Republicans apparently agreed, because they went along with killing file-and-suspend during another last-minute budget deal six months ago. It’s not only couples, well-to-do and otherwise, who stand to lose out. So do divorced women.

At the time Congress and the White House cut this deal, we called it a “stealth default” — the government going back on its promises to folks who’ve followed the rules and faithfully paid into Social Security for decades.

The door to this technique remains open for only a few more days. It won’t make sense for everyone, but for many people, it could mean up to another $200,000 during retirement. After April 30, it’s gone forever. Today’s the 21st. Best get cracking if you think you might qualify.