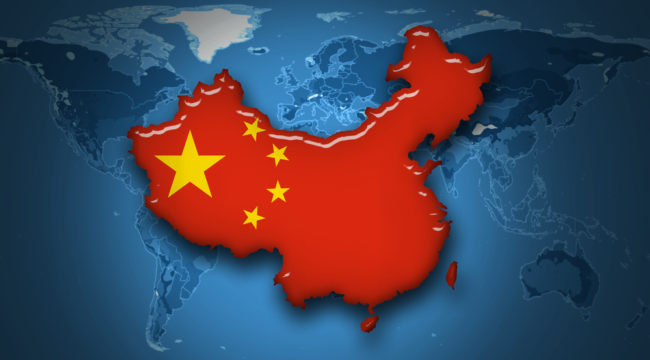 The Biggest Financial Story in the World Today

[Ed. Note: Jim Rickards’ latest New York Times bestseller, The Road to Ruin: The Global Elites’ Secret Plan for the Next Financial Crisis, is out now. Learn how to score your free copy here. This vital book transcends geopolitics and media bias to prepare you for the next crisis in the looming ice-nine lockdown.]

The biggest financial story in the world today is not Fed policy or emerging-market debt. The biggest story is the global dollar shortage.

The reason the dollar shortage is the main event is that it affects all of the others. If dollars are in short supply, China can’t control its currency, emerging markets can’t roll over their debts and the Fed cannot pursue its plans to tighten monetary conditions without making the situation worse.

The global dollar shortage is the 800-pound gorilla in the boardroom of the international monetary elites.

Many observers are surprised to hear there’s a dollar shortage. After all, didn’t the Fed print almost $4 trillion to bail out the system after 2008? Yes, but while the Fed was printing $4 trillion, the world was creating $100 trillion in new debt.

When those debt holders want their money back, $4 trillion is not enough to finance $100 trillion, unless new debt replaces the old. We may be getting close to the end of the new debt cycle. That’s what causes a global liquidity crisis.

Where’s the evidence for the global dollar shortage?

China is a good example. The two greatest threats facing capital markets today are the global dollar shortage and the looming insolvency of China. These two threats are intimately related and are pointing to a global liquidity crisis far worse than the one that occurred in 2008.

Lifetime wealth can be made or lost playing this crisis correctly. Despite the magnitude of this threat, the analysis is as easy as 1-2-3. That expression neatly describes the crack-up coming in China. Simply think of 1-2-3 in trillions and you’ll see why.

Why does China have to defend its currency at all? Because they are trying to satisfy both the United States and the International Monetary Fund (IMF) that their currency, the yuan (CNY) is a reliable store of value and not a disappearing act like the Turkish lira or the Mexican peso.

The U.S. has complained for years that the yuan is deliberately undervalued to promote Chinese exports. Donald Trump recently told The Wall Street Journal that the dollar was “too strong,” and “Our companies can’t compete with them now because our currency is too strong. And it’s killing us.”

Trump also said the yuan is “dropping like a rock,” and recent strength in the yuan is orchestrated by China, “because they don’t want us to get angry.”

The truth is that the yuan was kept artificially low from 2007 to 2010. The purpose was to promote Chinese exports at the expense of U.S. jobs. But, beginning in 2011, the dollar weakened significantly and the yuan rallied from about 8-to-1 dollar to almost 6-to-1. This strong yuan phase is now over.

From 2011 to 2017, there was enormous downward pressure on the yuan and it has fallen back almost to 7-to-1. Part of this weakness was due to Chinese government intervention in August 2015 and December 2015. Lately the downward momentum in yuan has been market driven by capital flight.

The IMF is another constituency China must appease. The IMF designated the yuan a global reserve currency as of October 1, 2016. The IMF is not overly interested in whether the yuan is too high or too low. Their main concern is currency stability, and that movements in the USD/CNY cross rate not become disorderly.

China’s recent efforts to prop up the yuan can be understood as an effort to satisfy the IMF. They are trying to show that they are living up to their obligations as the issuer of a major reserve currency.

Whether China is propping up the yuan to satisfy the U.S. or the IMF doesn’t matter. What matters is that China can’t afford it. The way China props up the yuan is to buy yuan for dollars taken from their reserves. Once the dollars start to run out, the yuan will go into free-fall. That’s what’s been happening.

China is a net importer of energy and uses its hard currency reserves to pay for those net imports. China is attempting to substitute the yuan for dollars in payments for imported oil, but that’s a slow process. The dollar is still the dominant currency in the oil market. This means China has to continue to bleed dollars in order to receive oil.

Now China’s problems just got worse. Their oil fields are drying up and they can’t profitably open new ones at current low oil prices. This increases the amount they have to import, which increases the drain on dollars at a time they are already going broke.

China needs the oil, so they’ll have to cut back on other imports, which hurts their economy, or devalue the yuan to reduce the drain on reserves.

Of course, China will not actually go broke. Before they hit the critical level of reserves, they will implement a policy response. Under the “impossible trinity” analysis of economist Robert Mundell there are only three things China can do to stop the bleeding: raise interest rates, impose capital controls, or devalue the yuan.

Raising interest rates is off the table. Chinese debt is already out of control and the government is struggling to achieve its growth targets. Exports are in decline. Any rate hike would pop stock and real estate bubbles, and cause deeply indebted state-owned enterprises to go bankrupt. This is happening anyway, but it would get a lot worse with a rate hike.

China is imposing capital controls, but they are not effective. There are many legitimate dollar transfers that have to be conducted every day. Business people simply disguise capital flight as a business invoice and send the dollars out of China, draining Chinese reserves in the process. China’s capital controls leak like a sieve and the bleeding continues.

China could resort to more draconian measures, but that would impede legitimate capital flows and anger the IMF. An open capital account is another criteria for reserve currency status.

China can’t have it both ways. If they want to be a reserve currency, they have to aim for an open capital account and exchange rate stability. Right now, those two goals are in conflict. Something has to give.

This leaves China with one and only one choice — cheapen the currency. They have been trying to do this in baby steps since December 2015. But this policy is counterproductive. Chinese citizens correctly read the tea leaves and see the yuan is going lower.

This increases downward pressure on the yuan as people try to get their money out before it’s too late.

Speculators such as hedge fund king Kyle Bass are also betting heavily against the yuan. Occasional yuan rallies are just for show and to keep speculators on their toes.

What’s next for the yuan?

The yuan devaluation is the easiest path and should happen as soon as Trump confronts China in the trade and currency wars. At that point, China will no longer need to play nice and the devaluation will happen.

My expected case is that China will execute a “maxi-devaluation” of 10% or more overnight, sooner rather than later. That way, capital will stop leaving China and some foreign investors may decide it’s time to invest there. This will stop the bleeding in the capital account.

What does that mean for the U.S.?

In short, it means the U.S. is losing its best customer for Treasury debt and will have to find other buyers in a hurry.