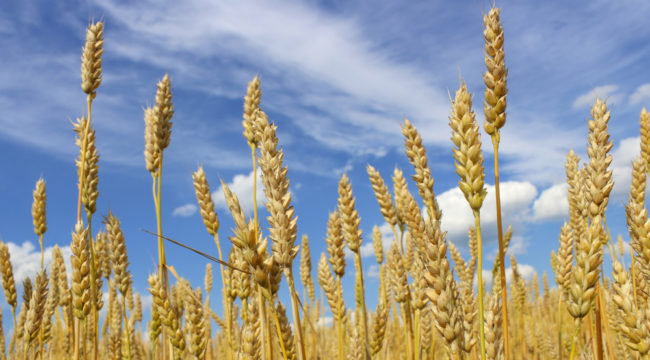 A Big Trend Nobody Is Talking About

That time when arable land became scarce, agricultural commodities prices shot to the moon and we ran out of food?

It’s when Stanford University professor Dr. Paul Ehrlich’s best-selling book, The Population Bomb, set off a global panic by predicting that in the 1970s “the world will undergo famines – hundreds of millions of people are going to starve to death…”

But that apocalyptic famine never came. What we did get was a surplus of food.

Bad News For “Buy and Hold”

What the “gifted” seers like Dr. Ehrlich didn’t foresee in the 1960s was that worldwide food production would increase steadily thereafter.

The world’s supply of arable land grew. And the price of seed, fertilizer, pesticides and farm equipment all declined.

Just like that, millions of people were rescued from a horrific famine.

That was great news for humanity… but bad news if you believed the propaganda and bought and held agriculture commodities hoping for a dramatic spike in prices.

The first investing lesson here is to pay no attention to forecasters that claim magical powers to observe into the future.

No one is capable of accurately predicting what relentless changes will unfold in technology, science, weather and the social behaviors of billions of people. The arrogance it takes to believe you can crystal ball all of that is mind-boggling.

The second lesson is that buying and holding commodities may just be the dumbest investing strategy ever.

How to Trade Commodities Today…

Commodities are famous for their boom-and-bust cycles… especially agricultural commodities.

If you’re simply buying and holding through that madness, you’re riding the rollercoaster up and down with no real profit plan.

And when you’re on the ride going down, it’s a lot harder to make it back up. A 30% decline in price requires a 60% gain to get back to break-even.

Unfortunately, instead of following the trends, most people use a very flawed “buy and hope” strategy. Look what happened in 2011, for example…

Most investors believed commodities would only go up.

World population is expected to reach nine billion by 2050.

Feeding that many people will be a massive challenge. In emerging markets, the middle classes are growing. People are moving to cities, earning more income and demanding more food.

But there’s not enough arable land to feed everyone. So the price of agricultural commodities will naturally go to the moon.

Only it turned out to be totally wrong.

As you can see in the chart below, agricultural commodities have collapsed since 2011.

Investors who followed a “buy and hope” strategy were taken out to the backyard and whipped.

Trend followers, on the other hand, did well. Because when the trend turns, they get the hell out.

According to my trend following system, agricultural commodities are in an uptrend.

Keep in mind, my Trend Following subscribers were able to see my system’s strongest commodities “buy” signal in their most recent issue.

But today I’m providing another way to trade commodities through the PowerShares DB Agriculture ETF (NYSE:DBA).

While PowerShares DB Agriculture ETF won’t pack quite as much punch as my official Trend Following commodities trade, it’s a solid Plan B for those looking to ride another wave that’s formed.

Just make sure you use a stop-loss. Remember, “buying and hoping” on commodities is plain braindead.

Please send me your comments to coveluncensored@agorafinancial.com.
Let me know what you think of today’s trade.

Commodities could soar 100%, 200% or even 400% as the next great boom gets rolling… Earlier this year Goldman Sachs had sent a report out to its high-net-worth clients indicating that it was the best time to own commodities in at least 15 years, if not decades.