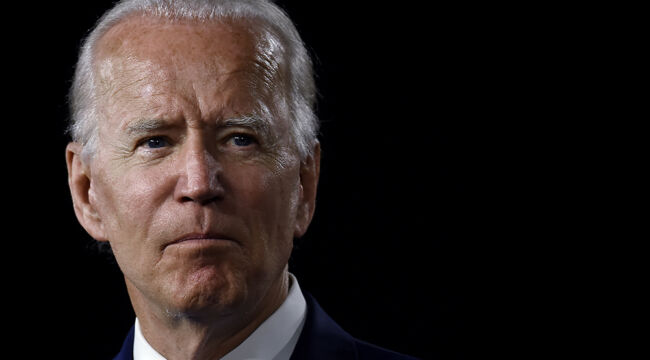 Why do they keep trying to redefine the meaning of words?

Joe Biden might have claimed a little credit for bringing inflation down a little in July. Instead, he jumped the shark and claimed that inflation in July was “zero.” You read that right.

His exact words were: “We received news that our economy had 0% inflation in the month of July.”

Inflation is calculated by the Bureau of Labor Statistics (BLS) inside the Department of Labor. They report results monthly. Each monthly report looks at the prices of a basket of over 30 separate categories such as gasoline, food, clothing, travel, electronics and so on.

The year-over-year increase in prices is the inflation rate for the month of July 2022. That’s the 8.5% increase the BLS reported. Where did Biden get his “zero” data?

In a desperate move to hide bad news by changing definitions, the White House looked at the price level in July 2022 compared with the price level in June 2022. In other words, they did a month-to-month comparison instead of the customary year over year. That’s a change in the rate of change of the price data.

You can rest assured Biden doesn’t understand any of this, but he was able to mouth the words on the teleprompter. This episode — changing the definition in order to change the news — is exactly what the White House and Treasury Secretary Janet Yellen did when they changed the definition of “recession” after the Commerce Department reported two consecutive quarters of declining GDP at the end of July.

(Incidentally, many in the mainstream media tried to deny that the FBI raid on Mar-a-Lago with dozens of armed agents was actually a “raid.” They claimed the FBI was simply delivering a “legal search warrant” or some other benign language to disguise what actually happened.)

Anyway, the White House policy is clear. If you don’t like the economic news, just change the definitions to get whatever result you want. That’s exactly how George Orwell portrayed Big Brother in his novel Nineteen Eighty-Four.

Joe Biden isn’t competent enough to be Big Brother. He’s so mentally impaired that when he says absurd things, it’s hard to tell if it’s the result of cognitive decline, outright lies or a simple inability to know what he’s talking about when someone puts a script on his teleprompter.

That’s not a personal attack on Biden — no one takes delight in seeing an elderly man in decline. I certainly don’t. But Biden’s most recent absurdity is so bad that it might possibly be the result of all three.

We see it in the grocery store and at the gas pump every day. Inflation may be down a bit from its peak, but it’s still outrageously high, no matter what kind of spin the White House may put on it.

But for the moment, let’s pretend that inflation really is down as Biden says. Is that necessarily a good sign? The answer is no.

Destroying the Economy in Order to Save It

The difficulty is that U.S. inflation is coming from the supply side (energy, food, transportation, supply chain dysfunction) rather than the demand side (consumers pulling demand forward based on inflationary fears). Since the Fed doesn’t drill for oil, drive trucks or operate cranes, they can’t really affect the supply side directly.

What they can do is destroy demand by raising rates so high that consumers will be drained with higher mortgage rates and excessive credit card charges.

This kind of inflation control can work, but it comes at a high cost — a severe recession. Right now, consumers are plagued with high gasoline prices, though they have declined some. Those prices will come down when consumers stop buying gas at all because they’re unemployed or their businesses have failed.

To paraphrase an old saying from the Vietnam War, the Fed will have to destroy the economy in order to save it.

Other negative data abounds. The supply chain is still broken but in a new way. Six months ago, distributors and retailers were short of inventory and the shelves were bare. There’s still some of that, but the delivery channels are working better now.

The problem today is that distributors put in double and even triple orders to make up for shortages. Now those orders are being delivered at exactly the same time that demand has fallen off a cliff.

This is known in supply chain science as the bullwhip effect, where small moves at one end of the whip produce huge effects at the other end. Not only are warehouses full, but new orders are drying up. Distributors and retailers don’t need more goods. GDP is calculated based on inventories, not final sales, so this is another huge negative for GDP in the third quarter.

Initial claims for unemployment have been rising for several weeks. Real wages are declining sharply. (Nominal wages are up about 5%, but inflation is 8.5% so the real wage — nominal minus inflation — is negative 3.5% on an annualized basis.) That’s a disaster.

Other signs of a more severe recession than the one we are already in keep accumulating. The Federal Reserve Bank of Atlanta forecast for third quarter GDP growth (annualized) is now  +1.8%.

But that should be compared with a prior estimate of +2.5%. The declining projected rate is significant.

They don’t forecast in the usual highly inaccurate Wall Street manner. Instead, they “nowcast” based on data available at the time, without extrapolating or estimating data that is not yet available.

We won’t have an official government estimate of Q3 GDP until late October. But based on the most recent projection, it’s reasonable to conclude that Q3 may end up in the negative column when all is said and done.

Why Have Oil Prices Crashed?

Meanwhile, oil prices have been declining precipitously since June. The crude oil futures contract fell from $122 per barrel on June 8 to $86 per barrel as of today, nearly a 30% mini crash in less than two months.

It would be nice to think this was due to a flood of supply suddenly emerging, but that’s not the case. Supply is still highly constrained.

What happened is that demand collapsed. You may have noticed this starting to show up in the price of gas at the pump. The price is still high, but it has come down recently and will come down more.

That may be a good thing for you, but it’s a bad sign for the economy because it means many Americans simply can’t afford gas, are driving less or in some cases have lost their jobs. Count this development on the side of negative economic indicators.

There’s more data but you get the idea. Inflation may be coming down, but not because its underlying conditions are being addressed — but because recession is causing a drop in demand.

We’re in a recession now and the best estimate is that the recession will continue and get worse.

But hey, at least inflation will fall.