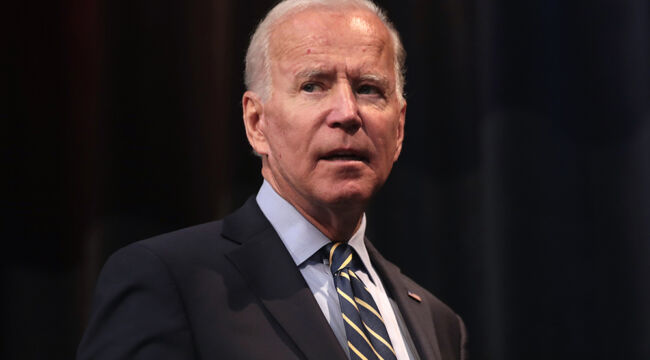 No one needs to be told about the impact of higher prices for food, gasoline and other essentials. The price hikes are everywhere; there’s really no way to avoid them. This is not limited to luxury goods or resorts. The price hikes are for beef, chicken, eggs, milk and bread — things you buy and consume every day.

The question is why.

There are two main theories of why inflation emerges (and no, money printing is not one of them; at least until the inflation is already well underway).

The first view is called cost-push inflation. This comes from the supply side and is caused by outright shortages, seller manipulation, embargos or supply chain disruptions.

The second view is called demand-pull inflation. This comes from consumers who perceive that prices are going up and rush to buy goods before the prices go up even more. Of course, the two kinds of inflation can interact. What happened in the 1970s (and may be happening now) is that the inflation started on the supply side with energy prices and then spread to the demand side as consumers formed lines at gas stations in a rush to buy whatever they could.

The gas lines soon morphed into a rush to buy everything as soon as possible. It’s at that stage of the demand-pull inflation that excess money printing can make things worse.

The Third Source of Inflation

Now evidence is emerging that there’s a third source of inflation, although it’s hard to believe.

The third source is when the government intentionally sabotages the economy to achieve some ideological goal that’s unpopular with most of the people. But that’s exactly what the Biden administration is doing now.

The ideology in this case is the false science of climate alarm.

Biden’s minions are so afraid of CO2 emissions (which have no proven links to normal climate change and pose no existential threat) that they have curtailed production of natural gas.

But natural gas is a main component of fertilizer. The natural gas ban has led to a shortage of fertilizer, which has meant reduced plantings by farmers and higher input costs in situations where the fertilizer is available.

The federal Conservation Reserve Program actually pays farmers to leave a certain portion of farmland idle. To help mitigate the food shortage crisis we’re facing, farmers have lobbied Secretary of Agriculture Tom Vilsack for permission to cultivate at least some of that idle land.

But Vilsack refused their request, citing a “detrimental impact” on “efforts to mitigate climate change.” He continued:

Our domestic agriculture industry… play[s] a critical role in the global effort to contain temperature increases under the United States’ Nationally Determined Contribution, which is at the heart of our nation’s commitment to the Paris Agreement.

Who cares if we could bring more crops to market and help mitigate the food shortages we’re facing? We have higher priorities.

He may as well say, “Let them eat cake!”

They are also a platform for pursuing the Green New Deal.

Shipping Costs Are up 25%

Once the reduced food output from the farmers is harvested, it has to be transported by trucks that use diesel fuel that is also in short supply and is much more expensive. These fertilizer price hikes and transportation fuel price hikes translate into higher food costs at the counter.

The cost of shipping goods within the U.S. is nearly 25% higher than a year ago, according to data from the St. Louis Fed.

But the Biden administration doesn’t care because it’s pushing an ideological agenda based on false science.

Everything about this climate alarmist agenda is a fraud.

The evidence that the planet is warming is slight and the effect is likely temporary, with global cooling in the forecast. The contribution of CO2 emissions to any global warming is not clear and is at best unsettled science and at worst another fraud.

There is no conclusive scientific evidence that CO2 emissions pose any serious environmental problem.

But there is powerful evidence indicating that higher CO2 concentrations have led to higher crop yields in recent decades (CO2 is plant food).

We could probably use a lot more of it about now.

Most importantly, global energy demand is growing much faster than renewables can come online, meaning that oil, natural gas, clean coal and nuclear energy will be needed whether renewables grow or not.

It turns out the world still needs fossil fuels, and lots of them. “Green” energy just isn’t ready for prime time, and probably won’t be for decades.

The Biden administration, along with European leaders primarily, has sought to cripple the fossil fuel industries while incentivizing wind and solar. The result is serious underinvestment in oil and natural gas exploration.

And the International Energy Agency has said that if the world hopes to meet a net-zero carbon emissions target in 2050, it should stop investing in oil, gas and coal production now. That has real-world consequences.

There will be very painful, real-world consequences in the form of underinvestment in the oil patch. Underinvestment in oil projects as oil companies chase wind and solar could lead to trade-crippling, market-crashing gasoline and diesel prices.

You get the point. The fact is a grid can’t run on intermittent sources; it needs continuous sources of energy that only come from oil, gas, coal and nuclear.

The Day of Reckoning Has Arrived

Despite these scientific and practical hurdles, the climate alarmists have been very effective politically. Many countries such as Germany and Japan have shut down nuclear and coal plants in an effort to substitute renewables in major industrial economies.

Now the day of reckoning has arrived.

This is just another example of how bureaucratic central planning often backfires and produces the very outcome it’s supposed to prevent.

The problem with ideology is that the true believers are immune to the facts. So investors should expect the situation to get far worse until the climate alarmists who are currently setting policy are gone.

If we want to get a handle on the serious crises we’re facing, that day can’t come soon enough.