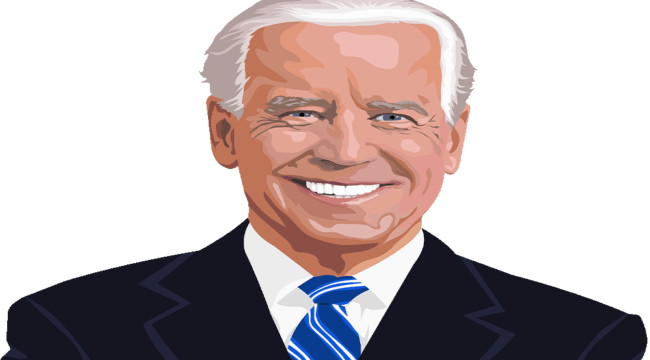 Biden Accuses Himself of Dictatorship

By his own admission… he has exercised dictatorial powers contrary to the prerogatives of his office.

Just so. What actions did President Biden undertake, January 20, 2021, his first day in office?

He authored 19 executive orders. By day seven… he authored 37.

How many executive orders did Dictator Trump author in his initial week? Four.

How many did Mr. Obama author in his first week? Five.

A Blow for Liberty?

What precisely did the chief executive order?

Did he issue a dictate reauthorizing gold and silver as legal tender — as Article I, Section I, Clause 1 of the United States Constitution specifies?

Did he issue a dictate to shutter the Department of Education or some other bureaucratic atrocity?

Did he issue a dictate to balance the budget? To dismantle the Federal Reserve?

That is, did he strike a blow for the American people?

He did none of it — we have looked through his orders.

Perhaps then he ordered a federal holiday in honor of Donald J. Trump?

Again, the answer is no. He did not.

What then did the president mandate? Here is a partial list:

Require masks, physical distancing and other health measures while on federal property…

Expand protections for federal workers, including putting federal agencies on a path to require a $15 minimum wage for contractors…

Sets climate change as a key consideration for U.S. national security and foreign policy, establish a National Climate Task Force, pause new oil and natural gas leases on public lands or in offshore waters “to the extent consistent with applicable law,” sets the goal of achieving a carbon pollution-free electricity sector by 2035…

Require that all residents of a state be counted in the census, regardless of immigration status…

Halt construction and funding of the border wall…

Directs Health and Human Services secretary to mitigate “racially discriminatory language in describing the COVID-19 pandemic,” among other measures.

We do not here judge the substance of the president’s directives. Perhaps he is doing the devil’s work. Or the angels’ work.

But is he doing Mr. Madison’s work? Does the United States Constitution grant the president power to issue these edicts?

Article II of the Constitution

We lift our pocket Constitution from our breast pocket, where it is permanently stationed — near our heart.

Thus we are informed Article II limits presidential powers to:

Where does the Constitution authorize the president to mandate wages of federal contractors… suspend oil production on federal lands or offshore waters… to halt construction and funding of a border wall?

We concede it — we are incapable of the abstruse and nuanced insights of the legal scholar.

The “penumbras and emanations” glowing from the constitutional text are visible to him. They are invisible to us.

Thus we are disqualified from service upon the Supreme Court of the United States.

Yet, we expect fully the president to issue an executive order impeaching himself for usurping the rightful powers of Congress.

For in the president’s words, “We are a democracy. We require consensus.” He indicts himself of dictatorship.

You say impeachment is the prerogative of Congress — not the executive.

Well, is setting wages the prerogative of the executive? Article, section and clause, please.

Please understand, we do not mean to isolate President Biden for razzing.

Old Abe Lincoln issued the first official executive order in 1862. Presidents before him mandated hundreds of similar (unnumbered) orders — Washington among them.

Some presidents issued them in such staggering numbers… cries of caesarship came thundering from below.

Of course, Franklin’s arose in response to a national emergency, the Great Depression.

“We have already waited too long,” Mr. Biden moaned this week. “And we can’t wait any longer.”

There is always an emergency in crying need of remedy.

But we do not claim Mr. Biden is usurping Congressional powers. Congress has handed them away.

Our legal men inform us Congress has delegated 136 statutory powers to the executive branch. Of these, only 13 require additional Congressional say-so. 123 do not.

Why should the latest president refuse the offer? Elections — after all — yield consequences.

It was nearly inevitable…

The young, vital commercial republic went “not abroad in search of monsters to destroy.”

By the late 19th century, it took up the hunt. It has remained on the hunt to this day.

At home the federal leviathan has come to regulate every last detail of life. No sparrow falls without its knowledge. Nor does any tree.

As befitting an empire, power has concentrated increasingly in the executive authority.

It has its three branches of government. It has its separation of powers. It has its decorums and its procedures.

Yet look closer. Peer within. The words are the same… but the definitions are not.

It is as if Webster has altered their meaning.

But the process is so gradual few notice it, as the frog in its pot of gradually warming water fails to notice the heat.

Our co-founders Bill Bonner and Addison Wiggin, from “Empire of Debt”:

Institutions have a way of evolving over time — after a few years, they no longer resemble the originals. Early in the twenty-first century, the United States is no more like the America of 1776 than the Vatican under the Borgia popes was like Christianity at the time of the Last Supper, or Microsoft in [2021] is like the company Bill Gates started in his garage.

Still, while the institutions evolve, the ideas and theories about them tend to remain fixed; it is as if people hadn’t noticed. In America, all the restraints, inhibitions, and modesty of the Old Republic have been blown away by the prevailing winds of the new empire. In their place has emerged a vainglorious system of conceit, deceit, debt, and delusion. The United States Constitution is almost exactly the same document with exactly the same words it had when it was written, but the words that used to bind and chaff have been turned into soft elastic.

The government that couldn’t tax, couldn’t spend, and couldn’t regulate, can now do anything it wants. The executive has all the power he needs to do practically anything. Congress goes along, like a simple minded stooge, insisting only that the spoils be spread around. The whole process works so well that a member of Congress has to be found in bed “with a live boy or a dead girl” before he risks losing public office.

The “parchment barrier” of the Constitution could never restrain men determined not to be restrained. As 19th century individualist Lysander Spooner lamented: