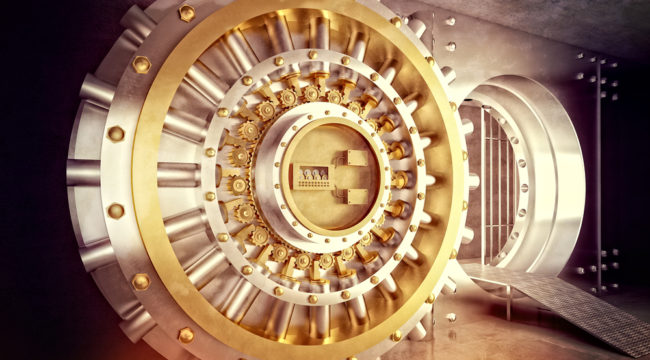 Last weekend, CBS News broadcast a segment on 60 Minutes, titled “Risk of Nuclear Attack Rises.” The story described how new geopolitical tensions between Russia and the U.S. are rekindling the old Cold War. Both sides are increasing their respective nuclear readiness postures.

The 60 Minutes piece was sobering. It showed eye-catching imagery of B-52 bombers and ballistic missile submarines, along with informed narration by veteran defense reporter David Martin. It also included rare interviews with senior U.S. military officers who run the nuclear complex. All in all, the segment was well produced.

In addition to being a geologist, I’m a former Navy officer. I served during some of the coldest days of the Cold War. In the 1980s, I was a naval flight officer. I flew a carrier-based aircraft designed for antisubmarine warfare (ASW), the Lockheed S-3 — the “Viking.”

Among other things, my Navy job involved nuclear weapons. To me, the CBS report was eerily disturbing, in a “been there, done that” sort of way. As a matter of fact, I’ve been up close and personal with Russian submarines, as well as ASW nuclear weapons.

Your correspondent was, at one time, certified to control, load, carry and/or deliver this type of airborne device. I never actually dropped one. If I had, you’d probably know about it.

Then again, Russia doesn’t really need a new and updated arsenal of nuclear weapons to inflict severe damage on the U.S. The seeds of our collective fate, if not calamity, are already sown. All Russia need do is continue down the path on which it’s already moving.

My point is that Russia’s most potent weapon may not be its nuclear warheads. The fastest-evolving “weapon” in Russia’s geopolitical arsenal is that nation’s hoard of gold, along with Russia’s national currency, the ruble.

Get used to seeing the following symbol, because soon — sooner than you might think — it’s going to change your life. 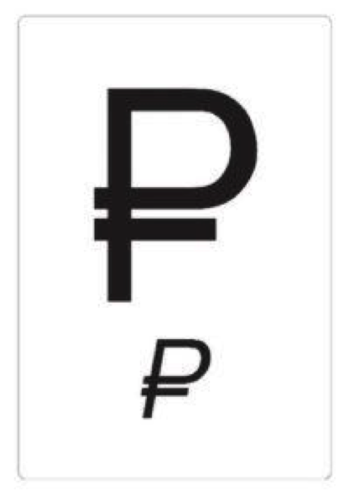 Image courtesy of Bank of Russia

This is the new symbol for the Russian ruble, which is the national currency of Russia. Just as the U.S. uses the dollar sign ($), the U.K uses the pound sign (£) and the European Union uses the euro symbol (€), Russia is about to export its symbol across the world.

Allow me to give you some background. Russia takes its money seriously. Just the other day, Jim Rickards wrote that “Russia is poised for a major comeback in its economy. Russian bonds and stocks and the Russian currency, the ruble, will all benefit.” Jim believes that there’s a “strong turnaround” coming within Russia, and that this turnaround will benefit the ruble.

Russians have a deep, abiding cultural affection for their ruble. This affection dates back many centuries, to the time of Kievan Rus, cradle of the Russian nation. Within recent history, Russia issued 10-ruble gold coins, nicknamed “chervontsy.” Pictured below is an example from my personal collection: 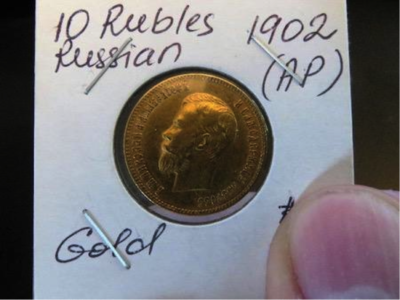 Even in Soviet Communist days, monetary authorities issued a 10-ruble gold piece, albeit without the imagery of Tsar Nicolas II. Many influential Russian people — Communist or not — simply expected to see gold and its symbols in the national currency, no matter what the political coloration of their government:

After the breakup of the USSR in 1991, Russia fell into monetary turmoil. Inflation went wild, leading to immense suffering across that vast country. It’s a long story, but Russia has worked for two decades to dig itself out of its status as a monetary backwater. One key element of recovery is to build up the ruble.

Today, the Bank of Russia, that nation’s central bank, makes no bones about its mission. When it comes to monetary policy, the Russian bank’s web site declares:

Monetary policy constitutes an integral part of the state policy and is aimed at enhancing well-being of Russian citizens. The Bank of Russia implements monetary policy in the framework of inflation-targeting regime, and sees price stability, albeit sustainably low inflation, as its priority. Given structural peculiarities of the Russian economy, the target is to reduce inflation to 4% by 2017 and maintain it within that range in the medium run.

There’s nothing wishy-washy here. There are no confused messages. All day, every day, the value of Russia’s currency is “an integral part of the state policy.” It means that the ruble is as much a part of Russia’s tool kit of governance as Russia’s army, navy or air force, up to and including those nuclear missiles that were discussed in the 60 Minutes segment. 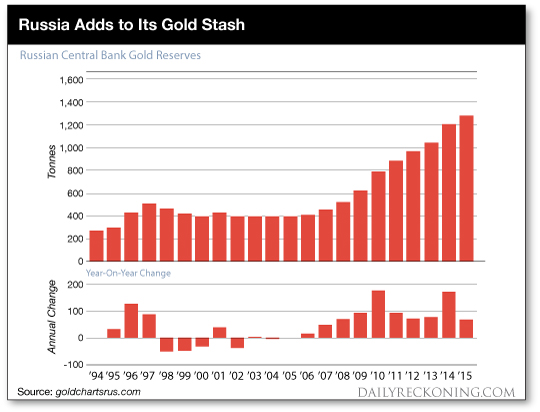 Note the steady increase in gold reserves since 2006. The year-on-year change has been constantly positive and shows a significant upward trend. This chart demonstrates clear state policy to add significant amounts of precious metals to the overall base of state monetary assets. Most of the gold mined in Russia stays in Russia. Russia’s government is converting state rubles into state gold assets.

And Russia has dramatically increased its gold holdings over the past year.

In July of this year, the central bank of Russia added 200,000 ounces of gold to its reserves. The one-month uptick in Russian gold reserves — 200,000 ounces — is approximately equal to the entire annual output of Barrick Gold’s Turquoise Ridge gold mine in Nevada.

At that same rate — 200,000 ounces per month — in a mere five months, Russia would add to state gold reserves the equivalent of the entire annual output of Barrick’s massive Goldstrike mine in Nevada.

Right now — or perhaps I should say, “for now” — Russian gold reserves are less than those of several other major nations. It currently ranks seventh in the world.

But there’s a distinct effort by Russian political and monetary authorities to build up the country’s overall gold asset base. There’s nothing accidental about it. Gold is part of Russia’s national plan.

In his 2011 book Currency Wars, Jim used an example of “what if” Russia and China combined their gold reserves to form a gold-backed currency to compete against the dollar. Take current Russian reserves of about 1,500 tonnes and add Chinese reserves, which total over 1,800 tonnes (or so the Chinese say — it’s likely more). That’s a combined 3,300 tonnes of gold, or about the same amount as Germany.

Now consider that in the months to come, the U.S. is about to lose overarching control of policymaking within the International Monetary Fund (IMF). The U.S. lockup on global gold is about to vanish. So let’s consider the real possibility that Russia-China could exercise indirect (or even direct) control over the IMF’s gold reserve of over 2,800 tonnes.

Between Russian, Chinese and IMF gold, we have 6,100 tonnes of gold, potentially in competition with the U.S. hoard of 8,100 tonnes. That situation does not bode well for the future of the dollar. It’s right up the alley of Jim’s predictions of severe dollar problems ahead.

The takeaway from this is to own gold and silver — buy it and take custody while you can, because we’ll eventually reach a time when you cannot.

Meanwhile, owning shares in mining plays based on great assets, superb management and safe jurisdictions is the key to preserving wealth.

At the end of the day, I’m not all that worried about Russia’s nuclear weapons. I’ve been face to face with Russian (well… Soviet) nuclear power. I believe that Russia’s leadership isn’t anywhere crazy enough to start a nuclear war.