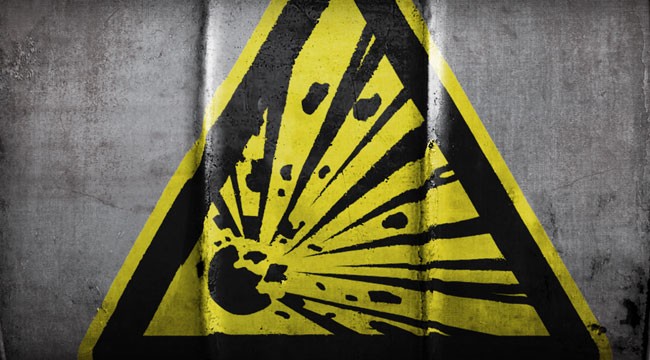 Beware: Fracking Is Where Money Goes to Die

The fracking boom has been cash-flow negative for oil and gas drillers from the very beginning. The steep decline rates of fracked wells force producers to drill more wells just to keep production and revenues flat, even at high oil prices.

They fund this drilling with debt.

To show revenue growth, drillers have to get on an ever faster-moving treadmill of more production and more debt. To support that growing debt, they have to produce more and take on even more debt. They can never get off that treadmill. And their suppliers are on the treadmill with them.

This worked as long as the Fed’s interest-rate repression blinded investors to risk, made them desperate for yield, and encouraged them to sink ever more money into the industry.

It suited Wall Street just fine: according to Dealogic, banks extracted $31 billion in fees from the US oil and gas industry and its investors over the past five years by handling IPOs, spin-offs, “leveraged-loan” transactions, the sale of bonds and junk bonds, and mergers and acquisitions.

For Wall Street it doesn’t matter what happens to these junk bonds and leveraged loans after they’ve been moved on to mutual funds where they can decompose sight-unseen.

And it doesn’t matter to Wall Street what happens to leverage loans after they’ve been repackaged into highly rated Collateralized Loan Obligations (CLOs) that are then sold to others. CLOs are hot.

What matters are the fees.

But the oil bust tripped the banks up, and some of them have gotten stuck with their formerly hot leveraged loans that suddenly no one wants. Banks have been discounting them, and still, they’re having trouble unloading them.

The banks held off for several months, hoping that oil prices would rebound….

Instead, oil prices continued to plunge.

In March, the banks decided to cut their losses and approached hedge funds that specialize in distressed debt about buying a smaller $1.05 billion loan, people familiar with the matter said.

The banks offered the C&J loan at about 85 cents on the dollar this week.

If they sell the entire loan at that price, they will raise about $893 million, leaving a funding gap of $157 million.

About half of the shortfall would be offset by fees and wiggle room the banks prenegotiated with C&J, leaving the banks with a loss of about $80 million….

The Fed and the Office of the Comptroller of the Currency have been warning banks about the risks of leveraged loans for two years.

In July last year, Fed Chair Janet Yellen herself warned about them publicly. Regulators have reason to be worried: Banks had gotten stuck with about $150 billion in leveraged loans before the Financial Crisis and lost their shirt on them. Retail investors with loan mutual funds, where these things tend to end up, are supposed to take the losses, not banks.

Also on March 17, global energy engineering contractor Willbros Group, out of Houston, disclosed in an SEC filing that it is in deep trouble, which caused its already battered stock to plunge over 50% in minutes. The stock closed on Friday at $3.07. Class-action lawyers are circling.

The company isn’t small fry: it had over $2 billion in revenues in 2013. But now it talked about the “downturn in energy prices” and the “challenging conditions.” It offered a laundry list of action to help it survive: cost reductions, asset sales, and actions to “reformulate” its oil and gas segment to come up with “a leaner and more reliable business model.” A big priority would be the “preservation of liquidity.”

The company faces credit defaults. It needs waivers from its lenders by the end of March. And it raised doubts about its “ability to continue as a going concern.” A phrase that put the disconcerting possibility of bankruptcy in view.

Then on March 20, Saratoga Resources, a Texas-based oil-and-gas exploration and production company with properties in south Louisiana, announced that it had hired restructuring advisors, an official admission that bankruptcy is being contemplated.

It also appointed an interim CFO and a “strategic alternatives officer” – both from the restructuring firm – with a view to “achieving a satisfactory restructuring or repayment of the senior debt.”

Senior debt! Translation: holders of senior debt will get much of the company or the assets; holders of junior debt may get some leftover crumbs; stockholders will be wiped out.

This is what happens after years on the cash-flow-negative treadmill.

There had been warnings. The company had missed two interest payments totaling $9.2 million, due at the end of last year, on its junk bonds. The forbearance agreements executed at the time by the note holders have now been extended to April 30, and the company will not have to make interest payments until that date.

Quicksilver Resources too had a grace period after missing an interest payment, and when that grace period expired, it skidded into bankruptcy.

Investors in these companies are being bled. But Wall Street banks won’t have to surrender the $31 billion in fees they extracted over the past five years. This is the beauty of the system.

The Fed’s interest-rate repression and apparent guarantees that risks no longer exist, and that assets, no matter how inflated, can no longer decline in price, created the greatest credit bubble in history and lulled investors into closing their eyes.

Many of these investors are fund managers that then shuffle off their products to largely unwitting Americans who’re trying to squirrel money away for their retirement.

The Wall Street Banks that did the financial engineering behind the oil boom, and provided the grease for it, will lose billions in fee income, and they’ll take a licking on leveraged loans that they got stuck with.

But they’ll get through it. And they’re already busy figuring out other avenues to extract fees from the energy sector and its investors.

But beware: Fracking is where money goes to die.