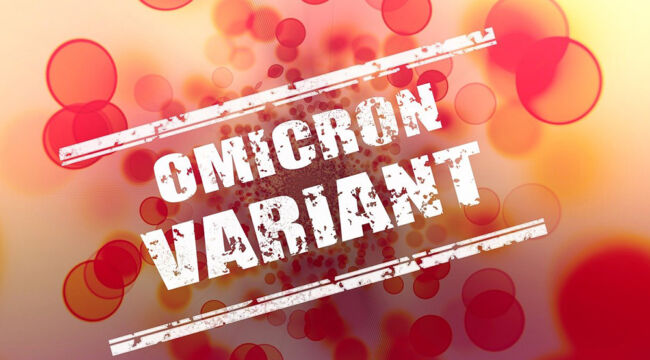 Be Very Afraid of Omicron!

However modern we believe ourselves to be, our lizard brains take over from time to time. This weekend was a classic case. Out of South Africa came the news of a new SARS variant, dubbed Omicron. It is so clever that it outwits our best vaccines! Ban travel! Run like hell!

Amazing. The poor scientists in South Africa — so scrupulous, so transparent — believed they were merely alerting the scientific community of the new mutation. They didn’t know that their announcement would prompt the world to regard their fellow country people, and those of surrounding states, to be disease-ridden lepers and therefore quarantined in their own countries.

Back to Travel Restrictions

Israel is so panicked that it has banned all foreign travel into the country. Japan and many other countries have joined in the panic. You had tickets and hotel reservations? Too bad. No one cares anymore about your freedom and your property. They are contingent privileges today, and we are otherwise entirely living by the whims of the public health bureaucrats.

We can’t live this way. It’s utterly ridiculous to find yourself with plane tickets that are entirely unusable simply because some bureaucrat is having a disease panic and happens to have the ear of the head of state.

Finally over the weekend, some calm began to dawn. Omicron has been around for months. It is probably already in most countries. It’s not that deadly. It is likely even to be mild. Who could have known? Actually everyone. The famed tradeoff between prevalence and severity applies especially here.

Not that this quelled the hysteria. Anthony Fauci was all over the news on Sunday with vague hints that we could lock down again. The last lockdowns didn’t achieve anything, but that doesn’t matter to these people.

Early indications are that this new variant is outsmarting the vaccines or possibly even incentivized by their existence. Those who have natural immunity via exposure are not likely to have any real issues with Omicron.

As for those who depend entirely on the jab for their protection, it’s another matter. The vaccines are structured to deal with one variant at a time — and deal only with symptoms, not infection or spread.

That means that there will be no end to this.

What a world in which we live! My goodness. It’s like we never really improve as humans, never really get smart. Sure enough, markets crashed all over the world — as they have been waiting to do for a while — not just in response to Omicron, but also in anticipation of a new set of lockdowns and travel restrictions.

Moderna and Pfizer stock rose in response to their promise to make a version of their shot that controls Omicron. They might as well push a subscription plan. They ding your credit card once a month so you can get a jab for every new pathogen. It’s the virus-of-the-month deal.

I’ve usually tended to think of these policies as mistaken, dumb, verging on sadistic, but not so much as part of a plot of the deep state. Of course all politics attract grifters the way trash attracts flies. So sure, there are people and businesses out there who have made a killing throughout this pandemic panic.

The mask-makers, the subsidized hospitals, the teachers unions who blackmailed every parent in America and of course the pharmaceutical-makers who enjoyed massive subsidies and liability protections.

The chaos of the last two years has allowed government an environment of chaos to ramp up spending, debt and money creation in ways that we will be paying for over a period of decades — in lost productivity and inflation. Yes, I’m sorry it is grim. Very.

Two Books That Expose the Fraud

I would like to recommend a couple of books. I spent the Thanksgiving holiday immersed in books on economics, politics and public health. The first is A Plague Upon Our House by former White House coronavirus adviser Scott Atlas. It is brilliant.

He reveals how Trump was wholly betrayed by his health policy advisers who tricked him into destroying the economy that he was otherwise trying to build. Trump was scared and went along with their advice.

Trump somehow made it through two impeachment attempts but got hornswoggled with the virus. He seems to have figured this out by August of 2020, when he brought Atlas into the mix. Once he realized his error, he faced a real problem. He could have expressed regrets and been truly honest with the country. Or he could have merely entered into denial.

He chose the second path. That put him massively out of touch with the terrible reality on the ground through the country. This choice lost him the election. Some people think that this was the whole point of lockdowns at least for a while: to cause Trump to stumble and fall. I don’t know if that’s true but it’s not as crazy as you would think.

Another book that has blown my mind is Robert F. Kennedy Jr.’s The Real Anthony Fauci. It is about a lot more than that. He describes a plot at the highest levels of government, as pushed by pharmaceutical companies in league with the deep state of the national security bureaucracies. The thing goes back decades, but most immediately to the period after the end of the Cold War when the deep state was looking for some reason for its existence.

It seized on pandemic control. He proves his point by linking to astonishing documents of “germ games” that the elites were playing even up to the months before the pandemic hit. I’ve seen these documents now for the first time. I’m not exactly “out of touch” on these matters, so that I did not know about them alarms me. No question there was a lot more going on than intellectual error.

Yes, discovering all this absolutely does give you the creeps. What kind of people are willing to give up American leadership in the world, sacrifice two years of children’s education, wreck small and medium-sized businesses, ruin health care, demoralize a whole population into paths of drug and alcohol abuse? It’s all hard to fathom.

One might suppose that the ruling class would finally decide that we’ve been tortured enough. Somehow it is never enough. And their shameless ways surely disorient anyone of goodwill.

How can Fauci seriously go on television yet again to proclaim that any incredulity toward him is nothing but opposition to science? I have to conclude that these people have no conscience.

At some point, they will go too far. Maybe we are already at that point.