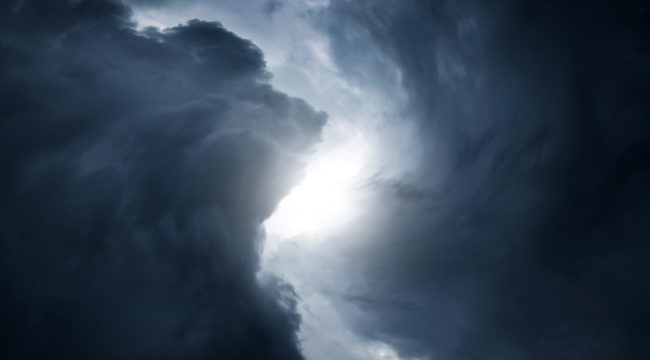 Be Prepared for a Violent Fed Reversal

The outlook for rates has taken what I call a U-turn. There’s very little doubt that the Fed is on track to raise rates. This outlook is not in response to any particular piece of economic data or the overall economic picture. In fact there are plenty of arguments why the Fed should not raise rates based on economic fundamentals.

However, they have a separate agenda which is that the Fed has committed, what I think will be viewed in hindsight, as a historical blunder by missing the opportunity to raise rates in 2010, 2011, 2012. That was when the economy was growing, not strongly but those were the early stages of the expansion.

The economy was growing well enough then to justify rate increases. If the Fed had normalized rates in 2011-2012, between 2 – 2.5%, they would be in a good position today to cut rates if necessary to fight a recession. Unfortunately they did not do that. They missed an entire cycle while experimenting with Ben Bernanke’s quantitative easing, which in hindsight will turn out to be a real mistake by the Fed.

Now they’re in the position to move rates after the eighth year into the recovery. While this has been a weak recovery, and people are still struggling with part-time employment, or can’t launch careers on top of other difficulties, this recovery technically started in June of 2009. This makes for a very long recession by historic standards. More than twice as long as the average expansion since World War II, and comparable to the very long expansions we’ve had since 1980.

We’re closer to the end of this cycle than the beginning. The Fed is concerned that if another recession started tomorrow (and I’m not saying it will, but it could) it would have no ability to cut rates.

While they currently have rates at 50 basis points, the Fed could only do two cuts until it was back to zero. This would force the decision to begin talking about negative interest rates. The Fed leadership wants to get rates up to 2 or 3% before any potential recession starts, just so they can cut them.

The Fed has said they’re on track to raise three times this year. The market doesn’t believe it. The market is counting on maybe two rate hikes at most, but not three. My expectation right now is that the Fed will raise rates in March.

First, they have a bias towards raising rates. The Fed is not neutral. The threshold is fairly low. They feel that it’s “mission accomplished” on the job front; unemployment is 4.7%, we’re continuing to create over 100,000 jobs a month. That’s not the 2 or 300,000 jobs that we were creating a year to year and a half ago. It is still positive job growth, and with unemployment low and this rate in expansion, that’s “good enough.”

Second, the Fed is concerned about inflation. The Fed believes that monetary policy acts with a lag. This means if you think inflation is coming, and expectations are going up, you need to raise rates now because it takes about a year for increases to have impact. They don’t want to get behind the curve.

While unemployment is low, together with other factors, the Fed applies what’s called a Phillips curve for analysis. While I personally don’t put much stock in the Phillips curve, it is worth analyzing to understand what the Fed does in order to forecast policy. If the Fed believes Donald Trump’s policies will be stimulative, while unemployment’s 4.7%, a standard Phillips curve for analysis would tell them that inflation is going to pick up late this year. This indicates that they should raise rates now to stay ahead.

The Fed’s got a conventional macroeconomic reason to raise rates, which is based on a Trump stimulus. They also have a bias towards raising rates because they should’ve raised them five years ago and didn’t. For those reasons, I put them on track to raise rates now in March.

Now the market doesn’t expect this, or at least it is not giving that a lot of weight. The probability based on Fed funds futures is below 50%, so what the Fed will try to do over the next month or so is to steer expectations. The way they do this is leaks to the press, speeches and commentaries. Expect that to play out over the next month or so to try to get expectations up where the rate hike’s not a shock.

Here’s where the U-turn comes in. If the Fed raises rates in March, which I expect right now, the economy is fundamentally weak.

Here you’ve got the Fed trying to lean into stimulus, biased in favor of rate hikes at late stages for the economy. The stimulus might not be that stimulating. You could have a combination of the Fed raising rates, the Trump plan not producing that much stimulus, and the Fed raising into weakness and throwing the economy into recession.

If that happens, the stock market will “fall out of bed.” This won’t tomorrow, by the way; this is something I expected to play out over the course of time.

The Fed will have to have to reverse course, which they’ve done eight times since 2013. This is a recurring pattern. It will talk tough, raises rates, the market will fall out, the Fed will back off, go dovish and then apply forward guidance. You get a U-turn pattern with the stock market, with interest rate markets, etc.

We’ve seen this movie before.