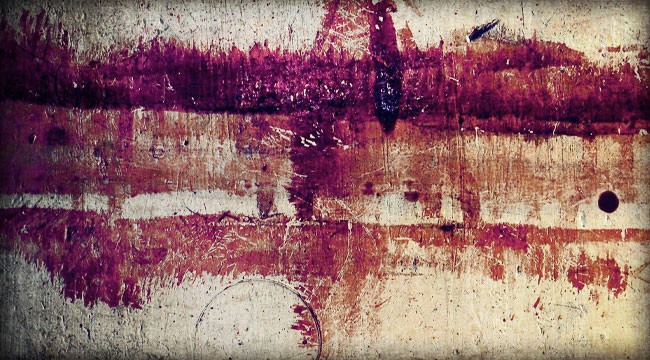 Attention Investors: The Blood is Now in the Streets

This moment of financial uncertainty, like all those before it, is a golden opportunity for investors with vision to buy emerging disruptive technologies at truly bargain prices.

I’m constantly amazed by the sort of sentiment I read in mainstream financial publications. When stocks are down, people decide they’re going to sell off and look elsewhere for profits. The market “stinks,” they say. Seriously, am I the only person who finds this sort of short-term thinking addled and absurd?

After all, we’ve seen financial cycles since… forever. We know they happen. We know that the best time to buy is when markets are depressed. So why are so many people acting as if the markets are broken?

Oh, wait. I know that one. It’s because most people are driven more by herd psychology than higher-order thought processes.

I’ve been reminded why I like the Austrian economist Joseph Schumpeter so much. One reason is that he considered big business cycles the inevitable consequence of innovation, as well as the resistance to innovative change that always exists within the old order.

If you are waiting for policymakers to solve the market’s problems, you’re going to be waiting a long time.

This view, that cycles cannot be eliminated due to the biological imperative of human nature, sets Schumpeter apart from other economists, even of his own Austrian School. In fact, many of my friends of the Austrian persuasion who adhere more strictly to the banking theories of Mises and Hayek tend to irritate me. They’re. So. Whiny. They complain and complain about the stupid things that governments do and the fact that stupid people enable those stupid things… stupidly.

So what? If you can’t change it, accept it. And profit from it.

By this point in history, given that we’ve suffered through far more serious injuries to our economic system, and more than recovered every time, it should be obvious that human nature is not “repairable.” There’s not ever going to be some sort of global — or even societal — awakening, in which the vast majority of people suddenly realize that government is basically incapable of improving on free markets to any significant degree.

Societies do, however, respond to the pain caused by government-induced failures, just as B.F. Skinner’s pigeons learned complex behaviors without ever understanding them. We are, in fact, well on the road to recovery, though I admit that more people are going to have to suffer negative reinforcement (pain) before we are ready to make up for lost time. But we will.

I’m sure you know the Chinese curse, “May you live in interesting times.” We do, in fact, live in very interesting times. More importantly, we are in a period of historic opportunity, which we may never see again.

Stop listening to the whiners. The time to invest is when there’s blood in the streets. When your stocks have been doing well for a while and every moron decides that it’s time to buy equities, you’ll be in positions to “sell high.” You can’t really do that, however, if you neglect to buy low because you got caught up in the pessimism and lost faith in human ingenuity.

This is the same thing John Templeton did it back in 1939. Templeton started his investing career in 1939 by borrowing about $10,000, which was real money in those days. With war escalating in Europe and most investors in panicked despair, he didn’t buy gold, nor did he put all his money in Treasuries or other “safe havens.” He bought 100 shares in each of the 104 companies priced under a dollar on the New York and American stock exchanges. Almost all were innovative startups, and 34 were in bankruptcy. He then ignored his portfolio for four years. At that point, only four of the 104 were worthless, and he had quadrupled his money. It wasn’t luck. Templeton was one of the few who understood portfolio mathematics. It is axiomatic that a diversified portfolio of truly innovative companies held for the long run will pay off big. This is based on the simple assumption that human progress will continue and things will get better.

Most people forget that during the Great Depression, there was considerable growth in technological innovation. Necessity created a number of innovations that made our lives better and easier — the laundromat, copy machines, the car radio, the electric shaver and even the cotton tampon all came out of the 1930s. The first nylon material was introduced by DuPont. Improvements in existing technologies like the automobile and airplanes were constantly happening, even as the stock market flat-lined.

So at a time when the mainstream was too busy running scared from markets and hiding their money (to the detriment of the rest of the economy), innovative investors like John Templeton were quietly investing in emerging technologies and, over time, making a fortune. Templeton didn’t wait for the government or central banks to somehow stimulate us into success like most people then and now.

If you are waiting for policymakers to solve the market’s problems, you’re going to be waiting a long time. There are two kinds of people the world should really be looking to for solutions — scientists and the investors who fund their innovations. Scientists might toil away for years, and investors might sit and wait patiently, but inevitably, as progress is made, there is a payoff — and that payoff can, in some cases, lead to revolutions in entire industries. Schumpeter is the most important economist to investors: He coined a term “creative destruction.” If you really want to make money, look not for that which strikes at the margins and outputs of existing firms, but at their very foundations.

We are looking for investments that leave ruins behind. Capitalism is the very perennial gale of creative destruction. So if we want to seek out and profit from the real innovations in society, we have to look for technologies that aren’t just changing some things, but changing everything.

Ed. Note: The kind of investments Patrick refers to aren’t easy to identify. But they’re not impossible. And that’s where people like Patrick come in. They spend their lives poring over research and data trying to find just one gem out of thousands. And a few of these diligent investors are willing to share what they know, so that you can take a shortcut to amazing profits. That’s the kind of news we publish in The Daily Reckoning. That’s the kind of insight readers are provided. And that’s the reason over half a million people check it out every single day. You owe it to yourself to be one of them. Sign up for FREE, right here, and start getting all the info your missing.