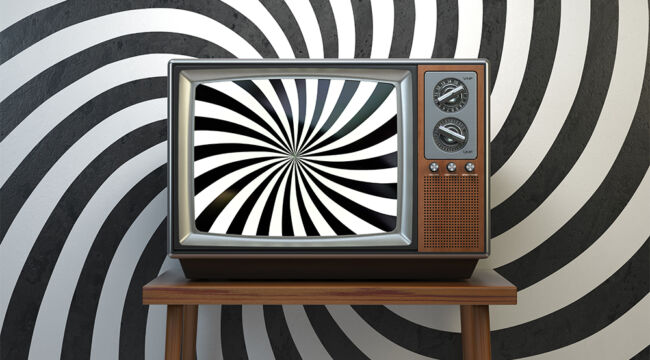 Attack of the Propaganda Industrial Complex

Are Americans finally realizing that virtually all of the mis-and-dis-information bombarding them for so many years actually comes from the government and the news media channels that serve it?

Maybe. Because what we’ve got now in this country is a Propaganda Industrial Complex waging a PSYOPS war on the people of this land. Why is that?

Essentially, to cover up past crimes against the country by public officials. Twitter, pre-Musk, was a major accomplice and enabler of all that, and suddenly it’s not — to the horror of everyone in charge at our nation’s seat of government.

The main crimes revolve around selling out America’s future one way or another — “Joe Biden” and company being only the most blatant perps in the big picture.

Before them was Hillary Clinton, with her purchase of the Democratic National Committee and previous lucrative ops during her turn as secretary of state, like the Uranium One deal, the Skolkovo military tech transfer op and then the Russia Collusion op to ensure none of that would ever come to light.

The whole Intel Community behemoth was neck deep in it, too, amping up the Russia prank into a four-year coup d’état. Remember, The New York Times won a Pulitzer Prize for reporting that Hillary’s little hoax was for real.

It’s all just gotten more grotesque since Mr. Trump was ejected in the souped-up 2020 election, with sideshows such as the ongoing race-and-gender hustles, the climate con and the Green New Deal nonsense.

COVID-19, surely released on purpose, was, as Ed Dowd avers, a cover for global bankruptcy. Nothing else explains the astounding coordination of so many governments acting the same way against their own citizens: lockdowns, vax mandates, vax passports and all.

The icing on that poison cake, of course, is that everything the public health officialdom told you about COVID-19 was patently untrue, and dishonestly so, not via omission or plain incompetence. In fact, the virus was made in a Chinese lab with the help of Dr. Fauci and colleagues.

Ivermectin and hydroxychloroquine did work effectively against it. The “vaccines” were not tested properly and turned out to be harmful. And now the COVID-19 melodrama is ending in a discernable death-of-the-vaxxed and the reveal of all those aforesaid lies, while, anyway, despite their gaslight and smoke screens, the global bankruptcy approaches its nauseating climax.

Watching the post-election political vaudeville during the lame-duck Christmas intermezzo, one can’t escape perceiving that just about everything in the USA is now heading south toward breakdown and ruin.

The on-the-ground economy craters, inflation rages at the supermarket, supply lines break, the oil and gas industries get strangled, health care goes down smoking and burning, public education folds in disgrace and failure, Wall Street ends with a bang and a whimper and John Fetterman prepares for his place in history.

Our government’s Ukraine op is ending in disaster for that sad-sack former Russian province and, surprise, surprise, for the European Union, NATO and us, too. We finally played the Russia card like we’re the proverbial patsy at the poker table.

Our hand turns out to be a pair of deuces with the five of diamonds high. Russia rakes in the chips with its massive natural resources and the world’s most stable currency, soon to be backed by gold. How’d that turn out, Victoria Nuland?

The EU was already functionally bankrupt. Now it has lost its entire industrial base for a lack of fuel to run it — self-Epsteined, shall we say, on the national scale — and faces not just a return to the medieval standard of living but also to the competitive savagery of many small nations soon to be fighting among themselves, making bad conditions worse. So sad.

Euroland was a nice place to visit at the turn of the millennium and now the lights will blink out, like seeing a fond relative expire, eyes going vacant, on her deathbed.

Western Civ is, after all, a kind of family. And now the family is disintegrating — as old families will — in a malodorous fog of receivership, vice and imbecility.

Here in the USA, it’s hard to have faith in the supposed political opposition, the Republican Party. Not with Mitch McConnell and Kevin McCarthy still riding herd.

They preside over their own coterie of extravagant grift and disgusting privilege. Don’t be shocked… shocked… if they just stand by while America crumples into history at the hands of “Joe Biden.”

If there is any saving of this nation, these two must be defenestrated — though saving the nation from penury, depravity and senility looks increasingly improbable, at least in the form of the old federal republic we knew and loved.

The macro trend is quite clear, as laid out in my book, The Long Emergency: What’s coming is the opposite of global government; rather, national governments become increasingly impotent and illegitimate, and smaller regions by necessity must retreat into autarky to keep anything going.

For us this all means that Washington, D.C., sinks into irrelevance while the states, or perhaps mere parts of the states, have to take charge of their own affairs.

That recovery process might have been jump-started by the Elon Musk revolution at Twitter. It will be a lot harder for the Propaganda Industrial Complex to operate with this key player in revolt.

Lies will be contested now on the grand scale in ways that were formerly subverted.

Things blurry will come into focus. Fresh air will blow in on chill winter winds. New ops against the people, such as the threatened central bank digital dollar, will be laughed off the stage.

Some lights go out, but others get turned on.