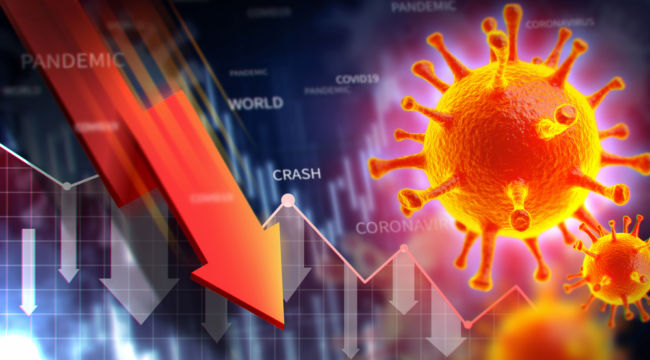 Are We Wrong About Reopening the Economy?

Above the initials Scott B. we are dealt with as follows:

Listen, dumb****s! I am a professional on the front lines intubating these patients and years of education to understand this, but I will attempt to relate to the lowest common denominator mentality of this society and the financial segment in particular (notoriously self-involved)… I will make this simple. Have you seen anything cause bodies to be piled into refrigerator trucks or mass graves in your lifetime?!! Quit arguing just what the fucking death rate percentage is! It’s obviously high! Shut the [expletive] up and listen to people who obviously know more than you!

Legions and legions know more about respiratory disease than your humble editor. We know very little.

And no, we have never seen the phenomenon the reader describes.

Yet many vastly credentialed medical authorities believe the fatality rate — assuming a much larger number of possible infections than officially reported — is nonetheless low.

Antibody testing in New York City indicates that 21.2% of its residents have already hosted the virus.

Of course the true figures are uncertain. And testing is not entirely reliable.

Regardless, a low mortality rate is thin consolation for the dead who suffered damnably. Victims slowly drown in their own liquids.

It is also thin consolation for the medicos like our reader. They must attend the miserable dying.

And our heart extends to them.

Alas, it appears that many who require ventilation stand condemned.

The numbers from New York reveal that 88% of its ventilated do not survive. The virus has plunged its teeth too deeply.

Are Ventilators the Answer?

Some studies — we of course know nothing of their validity — suggest ventilation may work more harm than good.

The pressure settings may exceed tolerances. Reports one physician:

It’s like using a Ferrari to go to the shop next door — you press on the accelerator and you smash the window.

Yet since we are the very soul of fairness… some physicians claim ventilation is crucial under certain conditions.

But it requires a deep and subtle knowledge of the business. Not all physicians are equal to it. Says one pulmonologist:

It’s not just about running out of ventilators, it’s running out of expertise… We intensivists don’t ventilate by protocol. We may choose initial settings, but we adjust those settings. It’s complicated.

No doubt it is.

565 Lost Jobs for Every Fatality

The economy has shed 565 jobs for each confirmed COVID-19 fatality.

Thousands and thousands of businesses remain shuttered, dark, lifeless. Many will never get up.

How much longer can this economy exist in the present state… before the social fabric unravels?

Protestors have already taken to the streets. And we are warned of looming food shortages.

A dormant economy cannot be awakened at a stroke. It comes to gradually. It must rub the sand from its eyes. It must stretch its muscles. It must find its legs again.

The Mass Psychology Has Swung

COVID-19 will be with us for a good stretch.

Absent a proven virus killer, Americans will not likely swarm the restaurants, the pubs, the cinemas, the ballparks, the theme parks, the airports, the hotels.

That is, the mass psychology has swung. And it will not swing easily back.

Some of the mentioned industries peg along on thin profit margins even in flush times. How will they endure the depressed times to come?

When people sensed the worst was over, they slowly came out of their homes.

There was no grand reopening of the economy like some department store suddenly under new management. People remained highly mistrustful of one another, continuing to avoid even the most basic interactions with friends, family and professional colleagues.

Commerce was slow and the economy remained depressed for years.

Did the economy revive at that point?

Just when it seemed that the situation was finally starting to improve, the plague struck again in 1360. And again in 1374.

Medieval Europeans quickly realized that if there was just a single rat left on the planet carrying the disease, then another wave of the pandemic could begin anew.

Concludes Simon, with a deep gulp:

Right now most people are barricaded in their homes while policymakers wait for this virus to die off.

But that’s not how biology works.

Just like in the 1300s, if there’s even a single carrier of the coronavirus remaining, then the whole thing starts over.

Lockdowns don’t kill off the virus. They just reset the clock.

Of course we cannot pit COVID-19 against the bubonic plague. The plague carried off some 60% of Europe’s population. The current pandemic is a sneeze next to it.

Not a Matter of the Economy vs. Lives

We are accused of placing economy above life, that we have no thought above the dollar.

Yet it is untrue. The choice is false.

As we have reported repeatedly:

Each 1% increase in the unemployment rate may yield perhaps 30,000 deaths of despair… and from reduced living standards.

Each day, each week, each month the economy sleeps, the steeper the toll.

That is the bitter reality before us.

And what about the non-coronavirus sick?

They may be denied adequate doctoring. That is because the medical system is hurling such immense resources against the virus.

Many may perish from otherwise treatable maladies.

Sweden May Be Nearing “Herd Immunity”

We have held up Sweden as a model. It has maintained a fairly normal economic life throughout the pandemic.

It shielded the aged and vulnerable, while keeping commerce rubbing along.

Sweden reports a marginally higher fatality rate than the United States. But the virus has spread among the young and robust. And they have withstood it.

Thus the nation may attain “herd immunity” within weeks, some claim.

The virus will die in place, unable to spread among a heavily immunized people. And its evil reign will end.

This outcome is not certain. Only time will reveal the wisdom — or its absence — of Sweden’s choice.

But so confident is Volvo that it reopened its Swedish auto factories this past Monday. Some 20,000 Swedes thus resumed their livelihoods… and some measure of normalcy.

To whom they will peddle their vehicles, we do not know.

How many Europeans and Americans can presently purchase a new Volvo? Or Hyundai? Or Chevrolet?

And when can they? We have no answer.

“History is a nightmare from which I am trying to wake,” wrote James Joyce.