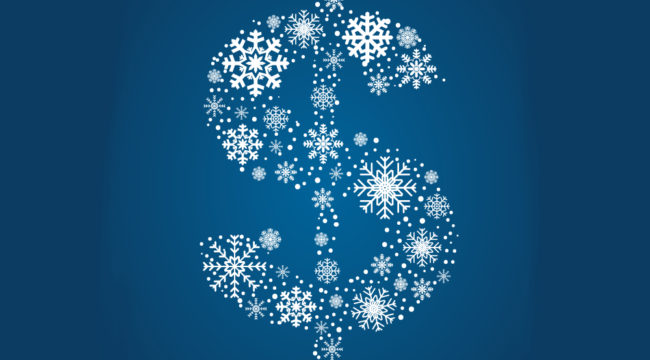 Archegos was not a household name until about two weeks ago when it made headlines all over the world.

Archegos Capital Management is a family office controlled by Bill Hwang, a former hedge fund trader. Family offices can be conservative in their investment approach, but they can also be as highly leveraged and as risky as any hedge fund, or even more so. It’s up to the person managing the family office.

In Hwang’s case, the money was mostly his own, so he ran his family office the way he used to run his hedge fund – with high leverage and almost no transparency. Hwang made huge bets in stocks, often buying as much as 10% of a company.

He avoided legal reporting requirements on positions of 5% or more because they were mostly held through complicated financial instruments called derivatives. Instead of actually owning the stock (which would require reporting), he bought equity swaps from big banks.

That gives you the same economic exposure as owning the stock but without actual stock ownership and the regulatory reporting requirements that come with ownership.

Many of Hwang’s positions were in Chinese highfliers, including RLX Technologies and GSX Techedu. Chinese stocks started to decline due to a combination of the strong dollar and the internal efforts in China to reign in corporate oligarchs and reduce risk-taking by banks.

This led to margin calls at Archegos, which caused Hwang to skip a new offering of Viacom-CBS stock in which he was also a large holder. That caused dumping in Viacom-CBS, which led to more margin calls on Archegos: a classic Wall Street death spiral.

The big dealers such as Goldman, Morgan Stanley and Credit Suisse began closing out leveraged positions in Archegos at fire sales prices. The dealers lost billions of dollars, and Archegos lost even more as its cash and positions disappeared, and dealers made demands for balances due.

All of this was a walk down memory lane for me.

I was on the front lines of the Long-Term Capital Management (LTCM) bailout in 1998. I negotiated the $4 billion rescue by 14 Wall Street banks, prompted by the Federal Reserve Bank of New York.

The causes of the LTCM meltdown were the same as the Archegos meltdown – too much leverage and not enough transparency. Each bank knew what its individual exposures were, but none of the banks knew what the total risk in the fund was. The banks could see their slice of the risk, but not the big picture.

Now that the financial meltdown is over, the regulatory crackdown begins. But don’t expect any changes soon. In 1998, there were immediate calls for regulation changes. Regulators wanted to limit leverage and require holders of equity derivative positions to provide transparency exactly as if they held the positions in outright stock form.

Those regulatory changes never happened in 1998, and I don’t expect them to happen now. Wall Street makes enormous profits by selling derivatives, and hedge funds can make even bigger profits by trading them.

The occasional meltdown may appear, but Wall Street still comes out ahead even if an individual hedge fund or family office melts down. Despite the public hearings and calls for regulation, Wall Street controls Washington. And what Wall Street wants, Wall Street gets. That’s not some wild conspiracy theory; it’s just the way things work.

The problem for everyday investors is this: What happens when a future meltdown spirals out of control to the point that no rescue is possible, and the entire global system of exchanges and banks begins to collapse?

How long will banks, investors and hedge funds keep rolling the dice? It appears they’re continuing to roll the dice in other ways since they’re pouring money into stocks when it looks like we’re near a market top…

You Don’t Want to Short a Bubble

Calling a market top or bottom is difficult. Even when you see sure signs of a bubble (they are easy to spot on price charts), there’s no assurance that the bubble won’t continue.

The 1999 dot.com bubble was seen for what it was at the time, but investors couldn’t get enough of Pets.com (remember the sock puppet spokesperson?) or Space.com (it’s still around but only after a nasty stock price crash in 2000).

You don’t want to short a bubble because if momentum continues, you can lose a lot of money being right. There’s usually plenty of money to be made on the way down once the bubble bursts. Still, there are certain indicators of a market nearing a top that are more reliable than others.

One such indicator is called “distribution” by Wall Street insiders. It refers to a process of insiders and banks dumping stock on unsuspecting retail investors. The retail investors often don’t have access to the best deals, such as IPOs, so they snap up any such Wall Street offerings readily.

RobinHood has announced that their platform will now be available for IPOs, which are among the most prized offerings and often soar in price on the first day of trading.

Because of that first-day dynamic, Wall Street generally keeps the IPO allocations for their most favored clients, especially large institutions. If IPOs are now being distributed to small retail accounts, it means that the Wall Street banks don’t expect them to perform particularly well.

They just want to get the IPOs done so entrepreneurs can get rich, and the banks can collect fees. If retail investors get burned, well that’s just too bad for them. Distribution is most common near market tops.

And that may be just where we are right now. It’s a good time to reduce your exposure to equities and increase your cash holdings.

There will be plenty of opportunities to profit on the way down.

Again, I’m not definitively calling a market top right now. But it’s better to get out a little too early than a little too late.