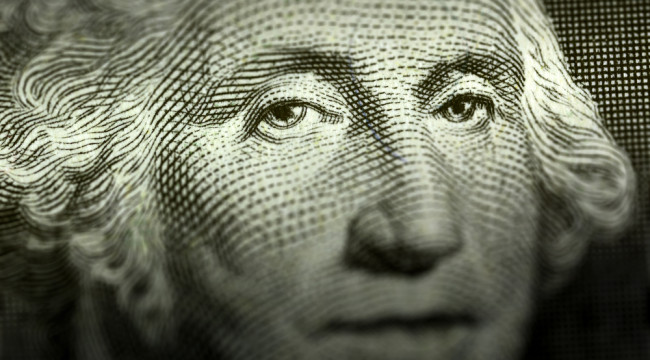 The president has redrawn his March 1 line in the sand.

“Substantial progress” in trade talks with China is the reason he cited.

But another March 1 deadline menaces the United States… like a creeping shadow, dark, broad and doomy.

And Mr. Trump cannot push it back.

First to the shadows hanging over the world…

Yesterday, India airstruck what it claims to be a training facility of the group responsible.

At least one Indian warbird was downed… and one pilot captured.

And so the Hatfields and McCoys are once again at each other’s throats — only these feuding clans wield nuclear muskets.

Skittish markets sold off this morning before making good some of their losses.

The Dow Jones closed 72 points lower. The S&P lost a mere point, while the Nasdaq clawed a five-point gain.

But to return to our looming March 1 deadline…

Friday’s deadline would pass harmlessly if the debt had remained at $20.5 trillion.

But it has not.

Of course… the government runs under perpetual deficit.

And it cannot meet existing commitments without ongoing resort to the credit markets.

The Treasury can take to accounting gimmicks or “extraordinary measures” to keep the government in funds.

But only for a time.

The Congressional Budget Office (CBO) estimates the cupboards would be empty by September — unless the debt ceiling is raised beforehand.

If it is not, the United States government will default on its obligations… and its creditors will go scratching.

Before the U.S. Senate Finance Committee yesterday, Jerome Powell attested “it would be a very big deal,” adding:

It’s beyond even consideration. The idea that the U.S. would not honor all of its obligations and pay them when due is something that can’t even be considered.

But we would advise Mr. Powell to sleep well.

Of course Congress will raise the debt ceiling.

We will eat these words if wrong — without salt, without butter, without chaser.

Would an addict cut himself off from his dealer?

Would a hopeless drunkard willingly throw himself upon the wagon?

Would a crook lock himself up… and toss the key?

Republicans sobbed their crocodile tears about Obama and the spendthrift Democrats.

The debt ceiling must not be raised without spending cuts to match, they raged.

But now one of their own occupies the White House — or at least a fellow with an “R” after his name.

And they themselves have spent like ship-bound sailors turned loose ashore.

The federal government has assumed over $2 trillion alone since Mr. Trump swore the oath.

How could they possibly take their stand now?

What about the Democrats?

Might they try to use the debt ceiling for political advantage, to dig a thumb in Trump’s eye?

Not without being laughed off the floor.

Have you seen some of their spending proposals?

And House Democrats have recently introduced legislation to abolish the debt ceiling entirely.

The new credit card would come without a limit.

And so today we suffer an acute pang of what the Germans call fremdschämen — embarrassment for those incapable of feeling embarrassment.

Each raising of the debt ceiling represents another sad congressional admission:

We cannot control ourselves. We are incapable of living within our means. We are wastrels.

But rather than lower their heads… they extend their hands.

But perhaps we should be kinder.

The entire system rests upon greater and greater infusions of debt.

It would seem somehow inappropriate to stop now. What else can they do?

As our co-founder Bill Bonner has said:

Meantime, debt is expanding 6% per year — far greater than growth.

As it stands today, the nation’s debt-to-GDP ratio rises above a perilous 106%.

Evidence — though inconclusive — suggests the red zone begins at 90%.

And growth is trending in the wrong direction.

Our crystal ball turns up no reason why it will return to historical levels anytime soon.

But slow-motion disasters are rarely halted before they reach their ultimate conclusion.

Meantime, the can will go kicking down the road… until the day it stops.