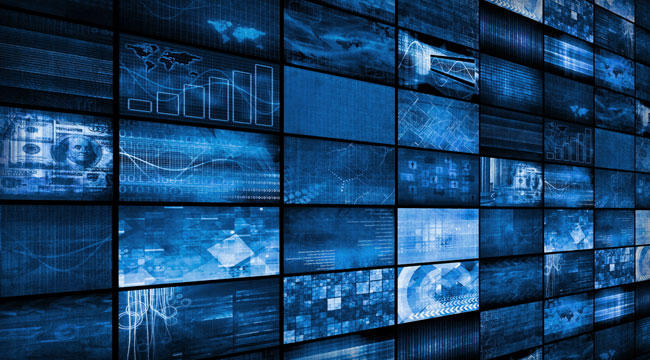 Another Brick in the "Virtual Berlin Wall"

“Under the new rules,” said the perky news anchor, “Americans may withdraw no more than $400 from the bank in one day. And no American traveling overseas can take more than $1,300 with them. Any financial transaction of more than $32,000 will require approval from the Federal Reserve in Washington, D.C.”

Three years on, dear reader, we have come full circle.

After several fits and starts in beta-test mode, we formally launched my Apogee Advisory newsletter on July 1, 2011. On that date, we warned readers about a “virtual Berlin wall” designed to keep Americans trapped in U.S. banks and the U.S. dollar.

No, your life won’t look much different. The scenario we describe above? We took the numbers from the April 2013 crisis in Cyprus and roughly translated them into dollars. It remains a distant, but nonetheless distinct, possibility.

Still, the possibility is worth exploring anew in light of what happened July 1.

Indeed, no matter how long you’ve been suffering through these reckonings, it’s a good time to take stock and revisit the themes we laid out in this missive three years ago. What follows is a refinement of our ideas about finding a safe haven overseas for a portion of your assets…

A Cyprus-like scenario, complete with the chirpy announcement from the media, is a classic instance of what are called “capital controls.” It’s what governments do when their citizens start panicking over the value of their currency.

One of the most insidious measures to keep your capital from fleeing overseas became law in spring 2010. Almost no one noticed. It was tucked into a “jobs bill.”

One of the most insidious measures to keep your capital from fleeing overseas became law in spring 2010. Almost no one noticed. It was tucked into a “jobs bill.”

Maybe you’ve heard of it by now — H.R. 2847, the Foreign Account Tax Compliance Act, or FATCA. Its stated aim is to crack down on moneybags “tax evaders.” But in a special report we put out to our Apogee Advisory subscribers on July 1, 2011, called How to Move Your Money Safely out of Harm’s Way, we described something rather more sinister. And three years later, one of its key provisions went into effect July 1, 2014.

Since one week ago, FATCA presents you a stark choice if you hold more than $50,000 in “foreign financial assets”: You can bank at a foreign bank that coughs up information about account balances, deposits and withdrawals to the IRS… or else you can subject yourself to a 30% withholding tax on the income and gross proceeds from any U.S. assets in your foreign account.

And should any of this violate local laws, the bank is required to close your account.

Strictly speaking, you have little choice in the matter. Long ago, many foreign banks threw up their hands and turned away American customers — few of whom were super-rich tax-evading types.

It’s become challenging at best and impossible at worst for the 7.6 million Americans living overseas to maintain a bank account where they live. Even the German giant Deutsche Bank recently shut down the account of Carrie Walczak, a woman from upstate New York living in Germany. “If eventually other or all banks follow Deutsche Bank’s lead, it could make my life very difficult,” she tells the Reuters newswire.

Alas, that’s not all FATCA does.

Effective with tax year 2011, the law beefed up the reporting requirements if you hold “bank, brokerage or ‘other’” accounts with a total balance of $10,000 or more. You have to put it on your Form 1040 Schedule B for the IRS… and you have to submit a Form TD F 90-22.1, otherwise known as a Foreign Bank Account Report, or FBAR, to the U.S. Treasury.

If your foreign assets total $50,000 or more, the reporting requirements are stiffer still. You must report ownership of any non-U.S. securities, any non-U.S. financial instrument or contract held for investment from a foreign issuer (think life insurance or an annuity) and any ownership stake in a foreign entity.

This provision too, theoretically targeted at your classic “tax evader” using highfalutin offshore accounts, has instead caught people like Patricia Moon in its web.

Born in Dayton, Ohio, and a resident of Canada the last three decades, Moon discovered to her horror in the fall of 2011 that she was supposed to file FBAR forms annually on joint accounts held with her Canadian husband. The accounts never had a balance higher than $102,000, nor were they ever subject to U.S. tax… but she feared she could be slapped with $455,000 of failure-to-file penalties.

“We call it the ‘Oh, my God! moment.’ Every expatriate has it,” Moon tells The Wall Street Journal. “I was afraid we would have to cash in our retirement accounts and sell our home.”

Moon opted instead to surrender her U.S. citizenship. Even though she’d been gone for 30 years, the emotional ties remained strong. “I bawled my eyes out.” She’s one of 6,713 now ex-Americans who’ve taken that step since 2011 — a figure whose growth we’ve tracked in these pages the whole time.

When mainstream media first caught onto the growing numbers in mid-2012, it dutifully trotted out the “tax evader!” trope, citing moneybags examples like the songwriter Denise Rich and Facebook co-founder Eduardo Saverin.

Last year, we suggested most people renouncing their citizenship were, in fact, ordinary people of ordinary means who did not relish the idea of paying accounting costs of $2,000 every year just to keep a U.S. passport while living overseas. The media are finally figuring this out and telling stories like Ms. Moon’s.

As you might guess, the feds are oblivious to this impact.

In early June, the Treasury Department issued a press release crowing that more than 77,000 “foreign financial institutions” have agreed to cough up information about their U.S. account holders to the IRS. Those banks and brokerages are located in nearly 70 countries — including one-time “tax havens” like Switzerland, the Cayman Islands and the Bahamas.

It seems like a lot of hoopla for not a lot of revenue. The congressional Joint Committee on Taxation figures FATCA will generate $8.7 billion over 10 years. So that’s an average of $870 million in a single year… or a whopping 0.18% of this year’s federal budget deficit.

We’re no conspiracy theorists, but upon examining the evidence it’s easy to conclude FATCA was never about raising revenue or cracking down on “tax cheats.” It’s about control. It’s about keeping you trapped in U.S. banks and the U.S. dollar if a Cyprus-like crisis comes America’s way. Or, after our talk recent talk with Jim Rickards, when that crisis comes.

One thing hasn’t changed since our original expose three years ago. If you want to park some of your assets overseas where you’re insulated from a sinking U.S. dollar and shaky U.S. banks… and you can’t afford an army of lawyers and accountants… you have three choices.

Choice #1 A small bank account. You can still keep a foreign bank account, (assuming you can find a foreign bank that will take your money), and as long as your total “foreign financial assets” are $10,000 or less, it’s not reportable

Choice #2 Foreign real estate. This does not qualify as a “foreign financial asset.” There are no tax or reporting rules other than those that apply to your ownership of property stateside. I myself have invested in Rancho Santana in Nicaragua and encourage you to investigate doing the same. (Email marcb@ranchosantana.com for more details. Tell him Addison from the DR sent you.)

Choice #3 Gold. If you keep it in a safe-deposit box in an overseas bank, this too does not qualify as a “foreign financial asset.”

P.S.: In order to make the most of your hard-earned dollars, it’s imperative to be diversified. And while precious metals are often one good option, there are several great opportunities for you to safeguard and grow your wealth no matter what fly-by-night currency plagues your investments. In order to get the best of them, sign up for the FREE Daily Reckoning email edition, before you do anything else…