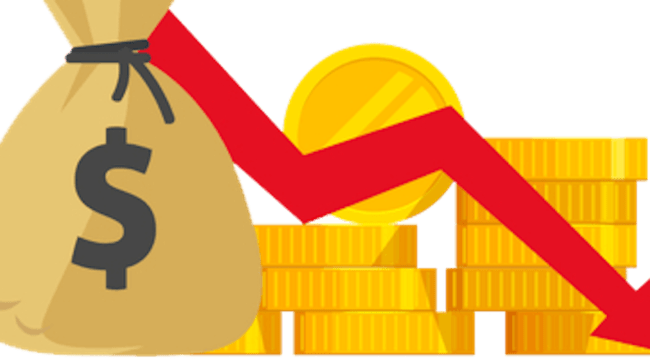 Anatomy of a Crisis, Part I

We have consecrated these past several days to prayerful and monkish meditation… in search of light.

Light, that is, into the dark mysteries of money markets.

It is these money markets that presently stagger and sweat under a severe strain.

The Federal Reserve has emptied in some $280 billion in emergency funding since early last week — simply to keep this market going along.

It is the central bank’s first intervention of this sort since the Great Financial Crisis.

And it has announced plans to sustain this intervention through Oct. 10.

Does not the financial system remain a near infinite sea of liquidity?

A Lack of Liquidity?

The Federal Reserve’s pre-crisis balance sheet went at some $800 billion.

That same balance sheet swelled to $4.5 trillion by 2016… like an impossibly engorged tick.

From 2017–18, the Federal Reserve’s half-serious quantitative tightening shaved down the balance sheet to $3.8 trillion.

But $3.8 trillion is still plenty handsome.

Is it not enough to keep the market lavish with funds?

We have more questions yet…

Is the Federal Reserve losing its hold on interest rates? Are we seeing the premonitions of a credit crisis?

These are the questions that ride and torture us today.

In our quest for light, we must first plunge into darkness — the inky, impenetrable deeps of the financial system…

It is a zone of mystery that very few approach… much less understand.

It is far out of our line, admittedly. So today we enlist the navigational assistance of professional men.

Before we proceed, come sit down with these bedrock facts…

This short-term borrowing and lending activity takes the form of “repos”… or repurchase agreements.

If a firm wishes to borrow monies, it appears before the “repo” market with an open hat.

It holds up high-grade securities such as Treasury bonds as collateral.

Another financial institution accepts the collateral and agrees to loan it the overnight money.

The next day the borrower “repurchases” the collateral it originally put up… and returns the borrowed money (with a bit of interest into the bargain).

This activity lubricates the machinery of the financial system. Should the lubrication run dry, the system would screech to a sudden and violent halt.

Yet it is a market that generally goes unnoticed, quietly and routinely beneath the thundering din of the stock market.

“The repo market is at the center of the U.S. financial system but it is little understood even by most people working in finance,” affirms one observer, John Carney by name.

Adds one Alexander Saeedy in Fortune:

One of the most vital pieces of plumbing that powers the global financial system usually runs so smoothly that it gets overlooked by market watchers. It’s the “repo market”…

It is the overnight lending market that the Federal Reserve most directly influences through interest rates.

When it tinkers with interest rates, it’s the federal funds rate it moves. That is the interest rate at which banks lend overnight money.

Despite appearances, the Federal Reserve lacks the legal authority to decree the fed funds rate.

It instead selects a target range. Within this range it endeavors to keep rates bottled.

And the whirring financial machinery could go silent.

If rates in the “repo” market therefore break above the target rate… it attracts the worried attentions of the Federal Reserve.

It will then proceed to hammer rates back down through “open market operations.”

In these operations, it purchases Treasuries (or other securities) from member banks. This it does with money it conjures at the stroke of its magical wand, creatio ex nihilo.

It then credits the banks’ account with this fabulous money.

Thus the Federal Reserve adds liquidity to the system… and jams the fed funds rate back within the target rate.

Here you have the general sketch of overnight lending and the “repo” market.

Now look back to last week, when the financial machinery began to smoke and wheeze…

Panic Comes to the Repo Market

Sob-mongers on Wall Street moan that the Federal Reserve’s previous quantitative tightening has drained too much liquidity from the system.

But given the amount of reserves still within the system, we find this theory rather handsome.

Others blame it partly on the calendar.

Corporations must pay quarterly taxes at this time. The resulting drain has siphoned rivers of cash from the financial system… and reduced the pool of loanable funds.

Remaining capital therefore became more precious. And borrowing firms were forced to pay as much as 10% interest.

But were not the professionals who monitor these markets aware of the pending tax bite?

How could it catch regulators unawares?

Regardless, says Zero Hedge, “The bottom line here is clear”:

“Despite $1.4 trillion in ‘excess’ reserves, despite a $3.8 trillion Fed balance sheet, the liquidity in the system is not enough.”

Wall Street banks are stampeding in to borrow cheaply in the repo market to fund their speculative bets, David argues.

Borrowing to fund these speculations is therefore gobbling up available funds… and forcing borrowing costs higher.

Here is David — and as is his custom, he gives it with the bark off:

The reason the… repo rate has soared to as high as 10%… is that traders and speculators are stepping up their efforts to fund yield curve and other technical trades/speculations in the repo market, thereby driving up the scarcity value of such collateral.

According to Bloomberg, a crowded gamble at the moment is 2s/10s steepeners in which traders short the 10-year and fund an oversized long position in the 2-year note with repo. Essentially, it’s a capital-free trade (i.e., nearly all the long side funding is borrowed) in which gamblers will laugh all the way to the bank if their bet is correct and simply unwind it if the curve steepening doesn’t materialize.

However, this lucrative trade is thrown into a cocked hat if Wall Street gamblers have to pay 10% for the repo to fund the long side of their bet.

Why, [the Fed] has flooded the repo market with overnight credit plucked from thin air to make it “behave,” thereby providing another gift that never stops giving to the speculators who are delighted to be paying about 2.3%… rather than 10% to fund their latest gambles.

That is, there was nothing technical or necessary about these giant [repo market operations] — they were just another bailout of Wall Street speculators who were temporarily on their back foot…

Needless to say, if you bail out speculators, they will simply speculate more. And if you do it over and over and predictability so, you will positively destroy two-way markets in the interior of the financial system and extinguish the fear of risk and loss, which is the only thing which keeps the speculative impulses in check.

Cheap overnight money is the mother’s milk of carry trade speculation… The apparent unsatisfied demand for “liquidity” that caused the repo rate to hit 10% is simply a measure of the degree to which carry trade speculation has reached a fever pitch. The gamblers need more and more repo because that’s how they fund their speculative positions.

David continues that a “10% spike in the repo rate is undoubtedly a warning of the financial market turmoil directly ahead.”

Tune in for Part II tomorrow…