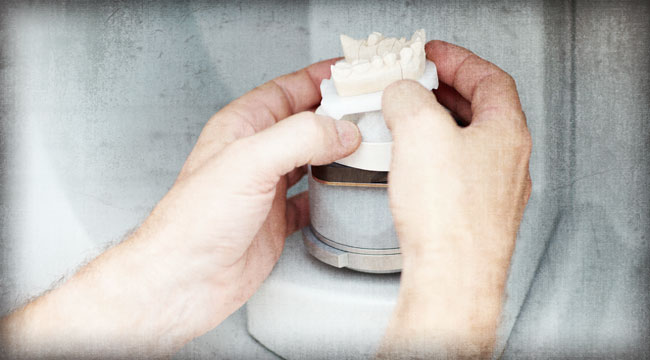 An Early Stage Opportunity in the Next Phase of 3D Printing

Have you ever seen the Ben Stiller and Cameron Diaz movie There’s Something About Mary?

In one scene, Ben Stiller’s character, Ted, picks up a hitchhiker who considers himself an entrepreneur:

Hitchhiker: You heard of this thing, the 8-Minute Abs?

Hitchhiker: Yeah, this is going to blow that right out of the water… Listen to this: 7… Minute… Abs.

The funny thing is, these lines remind me of conversations I’ve had with dozens of different technology entrepreneurs.

You see, there’s a tendency in the start-up world to focus on “incremental innovation.” Entrepreneurs believe that their “7-minute” product is better than the current “8-minute” solution.

But in the world of technology start-ups, unlike in our movie example, these incremental improvements really can unlock value.

We believe that a small innovation in 3D printing could lead to tremendous gains – for the world, and for investors like you.

So say goodbye to 3D printing…

I know, I know… we’re getting into “7-minute abs” territory here, but bear with me.

But regardless of how complex these objects are, they’re “static.” Meaning, they can’t change size, shape or position after they’ve been printed.

With 4D Printing, however, they can change…

4D printers can create objects that are dynamic.

The materials used in a printed object respond to different inputs in different ways. They can respond to pressure, temperature, even substances.

For example, imagine if a water pipe burst in your home…

If the pipe had been printed with 4D technology, it would self-seal when water is applied to its outer coating. The material would automatically expand.

You can see an example of a 4D object changing shape in this video:

The applications for this technology are endless.

It could print sneakers that change shape depending on whether someone is walking or sprinting. It could print a chair that provides more or less support based on the weight of the person sitting in it. It could even print adaptive body armor for soldiers – an outer layer that would change in color or density based on the environment.

The 3D printing era was defined by the printer technology. As various start-ups emerged, they helped push the cost of 3D printers down, thus making them more mainstream. In turn, the industry exploded and investors in those start-ups profited handsomely.

Take New York-based MakerBot, for example. The company was founded in 2009 and helped pioneer low-cost 3D printers for the masses. Ultimately, the company was acquired last year by Stratsys for over $500 million.

…instead of innovating on the printer technology, the most promising companies will innovate on the material technology.

But now we believe that, instead of innovating on the printer technology, the most promising companies will innovate on the material technology.

These are the start-ups that will define 4D printing.

The name of the company is Made Solid.

The company is raising $500,000 on AngelList and the round is being led by Y-Combinator’s Garry Tan. Y-Combinator is a prestigious start-up incubator – think of it as an “Ivy League” for start-ups.

(You can learn more about Made Solid and the deal here.)

At the moment, it’s focusing on material innovation in 3D printing.

That being said, the company is on the cusp of innovation in the 4D Printing space. They’ll be in a good position to make the shift to 4D ahead of their competitors.

This is a long-term trend that’s just getting underway, so we predict that many more start-ups will enter this space.

As the industry gathers steam, we’re looking to make selective investments. And we’ll share our investment ideas with you as the situation evolves.

Ed. Note: Thousands have benefited from our entry-level research package on 3-D printing, bio-printing, 4-D printing and more. If you want to learn about specific advice on where to invest, or if you simply want to learn about how science fiction is becoming science fact, your best first step is signing up for the FREE Tomorrow in Review e-letter.