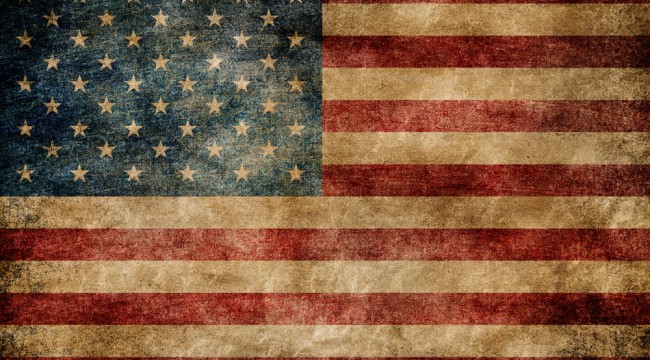 An America Free of Income Tax... and How to Get it Back

Americans have come to believe that the IRS and the income tax are inevitable parts of our lives. After all, most everyone alive today has lived his entire life under federal income taxation.

It wasn’t always that way. For some 125 years, the American people lived without having any tax imposed upon their income.

The obvious question that arises is: Why did the Founding Fathers and 19th-century Americans reject income taxation? After all, it’s not as though they hadn’t heard of it — throughout history, governments had taxed people’s income on the assumption that everything belonged to the government, including the citizenry and their property.

The reason our ancestors rejected income taxation is reflected in the Declaration of Independence. People are endowed with certain fundamental rights that pre-exist government and those rights include life, liberty, and the pursuit of happiness. While early Americans believed that their rights encompassed intellectual liberty (e.g., freedom of the press), religious liberty (i.e., freedom of religion), political liberty (e.g., voting), and civil liberty (e.g., jury trials), what distinguishes our ancestors from modern-day Americans was their ardent commitment to economic liberty.

Our ancestors believed that people have the right to sustain and improve their lives by engaging in any economic enterprise without permission of the state (“free enterprise”), to engage in mutually beneficial transactions with anyone in the world, to keep the fruits of their earnings, and to decide what to do with their own money — spend, save, invest, donate, or even squander it.

The Sixteenth Amendment effectively nationalized people’s income and placed them on a government allowance.

Thus, since the Constitution did not grant government officials the power to impose an income tax, Americans were free to accumulate unlimited amounts of wealth, and there was nothing government officials could do about it, not even if they wanted to. For example, when Abraham Lincoln imposed an income tax during the Civil War, the Supreme Court correctly held it to be an unconstitutional exercise of power.

With the adoption of the income-tax amendment in 1913, the amount of money people retained as their own became totally subject to the will of the government. Congress might set the percentage high or low, but that wasn’t really the point.

The point was that by granting public officials the unfettered power to determine the percentage of income tax, government became the determiner of how much of their income people would be permitted to keep. The Sixteenth Amendment effectively nationalized people’s income and placed them on a government allowance.

But there was something else important that distinguished the thinking of our ancestors from that of modern-day Americans — their rejection of the socialistic welfare state that the federal income tax funds. It is difficult to imagine but for more than a century, Americans lived without Social Security, Medicare, Medicaid, subsidies, grants, welfare, and other paternalistic government programs.

Well, not because our ancestors were selfish and mean-spirited. On the contrary, when people were free to accumulate unlimited amounts of wealth, the result was the greatest outburst of voluntary charity that mankind had ever seen. That was how our universities, opera houses, and museums got built — through voluntary donations from those who were free to keep everything they earned. And they didn’t make those donations because of an income-tax deduction because, again, there was no income tax.

Despite the tragic (and costly) exception of slavery, our ancestors believed that:

Rather than engaging in the perennial discussions over IRS abuses, tax-code simplification, deductions, and tax shelters, Americans would be better served reflecting on their heritage of liberty, the meaning of freedom, and the moral framework for a free society.

Death is inescapable. But income taxation is not.

Ed. Note: 238 years ago today, the Founding Fathers declared their independence. What better way to celebrate the occasion than to do the same. The Declaration of Independence said you were endowed with certain unalienable rights: life, liberty, and the pursuit of happiness. Let us help you make sure you achieve the last one. As a reader of the FREE Laissez Faire Today email edition, you can get your hands on a copy of our Laissez Faire exclusive, A Man’s Right to Happiness, for the lowest price ever. Click here to sign up for Laissez Faire Today, for FREE, to get great offers like this every single day.

David Stockman shows you seven steps America must take to restore its lost prosperity. Donald Trump should pay close attention to No.12…