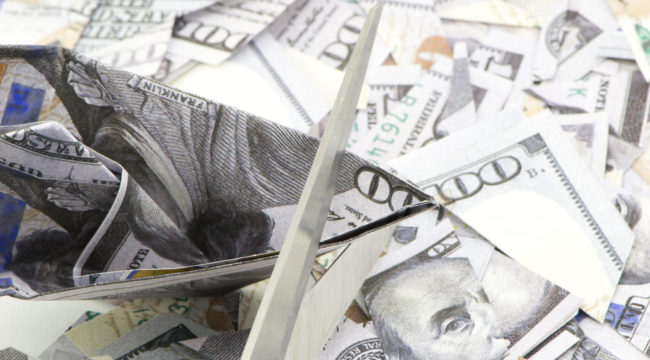 In yesterday’s reckoning, David Stockman said the election’s over. Hillary wins. The media sketched Trump as some hell-sent fee-fo-fum with his “locker room” comments about the fairer sex. And voters are running away, screaming.

Reader response to David’s piece was… robust. Above the initials M.H. we were dealt with as follows:

“Shame on you for publishing such a rant of garbage from Stockman. He’s entitled to his opinions, but I expect objective facts from this publication, not obviously biased rants.”

“You’re dead wrong on Donald losing,” writes another reader. “Nov. 8 will be a ‘Brexit’ day, as voters freeze on pulling the Hillary lever.”

“[Copulate] you, Stockman,” screams another reader, sending us to the fainting couch, clutching our pearls. “You delivered yet another kick to the proverbial [rhymes with walls] of those who still BELIEVE in freedom and the foundation of morals and values this country was built on.”

Harsh words. But let the minutes show David’s for Trump — not Hillary. We present the following as proof thereof, straight from the accused: “God help the world if she becomes our nation’s president.”

And God’s in for a good hard sweat if He takes the job. The Daily Reckoning’s Charles Hugh Smith:

“The only way to govern successfully is to actually solve the underlying systemic problems, but doing that requires overthrowing a corrupt, self-serving elite… Regardless of who wins the election, the U.S. will be ungovernable in a period of self-reinforcing crises.”

Smith argues that whomever voters elect, “an increasing number of Americans are coming to understand that their oppressors are not foreign ‘terrorists’ but homegrown elites who have become wealthier and thus more powerful in the past seven years of ‘prosperity.’”

Smith argues the current system — the 1% in the penthouse, the rest in the outhouse — is beyond hope. The foundation’s rotten:

Our status quo — the pyramid of wealth and power dominated by the few at the top — has failed and is beyond reform. This failure is not rooted in superficial issues such as politics or governmental regulations; the failure is structural. The very foundation of the status quo has rotted away, and brushing on another coat of reformist paint will not save our societal house from collapse.

It’s possible one more good recession could shake the “societal house” off its foundation. And history says it’s overdue…

The current economic expansion — and here we grade on a cheater’s curve — is 88 months and running. Expansions have averaged a far less handsome 61 months since the end of World War II. It seems history — with its kindergarten math — must have its say. And possibly soon. That’s why David Stockman thinks it’s a “virtual certainty that another recession lies dead ahead.”

Recession or no, some now argue past levels of economic growth are gone… for good. “Secular stagnation” is the term. Get used to a 1% world, not the 3.5% of the post-WWII go-go years, they say.

A couple percentage points don’t seem much. But extend it down the track a stretch and you’ve got a train crash unfolding at a turtle’s pace. Michael J. Hicks, Ph.D., is director of the Center for Business and Economic Research and professor of economics at Ball State University. He puts it this way:

Since World War II, the economy has expanded at an average rate of 3.5% annually. We’ll be lucky to average 1.5% in the decade after the Great Recession. This sounds like a small difference, but it is not. At current population growth rates, 3.5% economic growth will cause the standard of living to double in 25 years. At 1.5%, it’ll take a whopping 88 years for the standard of living to double.

Eighty-eight years to double living standards… compared with 25. So much for the American dream, if true. Nice while it lasted. Is it any wonder someone like Trump came along? And what’s next?

Charles Hugh argues only structural reform can restore the hearty growth of yesteryear, not more monetary wonderworks. So does Jim Rickards:

“The problem with the post-2007 world is that we are not in a cyclical recovery; we are in a structural depression, defined as a sustained period of below-trend growth with no end in sight. The U.S. has caught the Japanese disease. Structural depressions are not amenable to monetary solutions; they require structural solutions.”

But none are presently on tap. The barmen keep on serving stronger and crazier monetary wine. And the hour grows late. Author Simon Johnson wrote an article called “The Quiet Coup” a few years back. Essential quote:

“Recovery will fail unless we break the financial oligarchy that is blocking essential reform. And if we are to prevent a true depression, we’re running out of time.”

The only question is how much time remains?