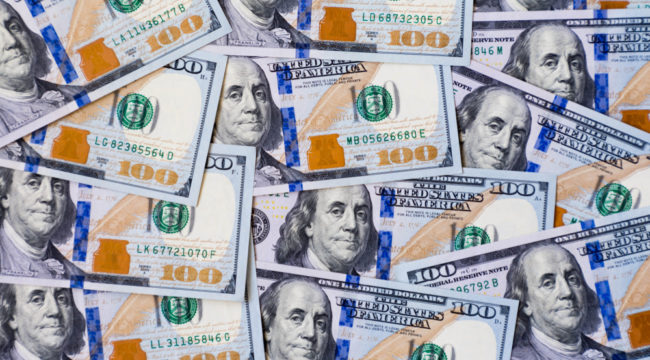 “This is not a distant concern,” he adds, “but a system already in crisis.”

By some estimates, America’s public pensions alone are sunk in a $6 trillion abyss.

According to the Federal Reserve, pensions — public and private combined — were roughly 27% underfunded as of last year.

Meantime, vast hordes of pensioners are entering or approaching retirement.

Come at the dilemma from any angle… and you come upon a labyrinth.

How has the American pension come to such a sad pass?

As far as public pensions run, the answer is close by.

Corrupt politicos promised the moon to public employees, and now the fiscal chickens of insolvency are coming home to roost.

“But I don’t have a pension,” comes your response. “This doesn’t concern me.”

Ah, but have another guess — at least if you swear off your taxes in these United States.

As the late Canadian Prime Minister Mackenzie King styled it:

“The politician’s promises of yesterday are the taxes of today.”

It is an iron law of nature, second only perhaps to gravity:

And let us add our own corollary:

The better the politician… the bigger the promises… and the larger the bill.

Most public pension systems were built upon this rosy-dawn assumption:

Their investments would yield a handsome 7.5% annual return.

Once upon a time, that may have been realistic.

But that was before the 2008 financial crisis… before the Federal Reserve opened its war on savers… and bonds still paid a handsome yield.

The average public pension plan worked an average gain of 2–4% by 2015.

But according to the Center for Retirement Research…

Even if these plans attain their Pollyannaish 7.5% returns over the next few years… they’ll still be only 73% funded by 2021.

If you walked into a pension fund today which had no investments, and you were given a pile of cash and you invested today intelligently, prudently, but not shrinking from risk, I think you could expect to make something in the vicinity of 5% in the coming years from today.

A highly technical term describes the business… and we apologize if it sends you scurrying for the dictionary:

Briefly turn your attention to the Golden State, for example…

California pins its hopes on that pie-in-sky 7.5% annual return.

But the state’s pension planners put returns over the next decade at barely 6% a year.

From one year to the next, possibly little.

But repeat it every year… and the meaning of compounding negative returns eventually becomes clear enough.

And these calculations — as far as we understand — do not account for a market downturn.

California’s pension fund lost some $100 billion in the Great Recession.

What if it happens again?

The 2008–09 global financial meltdown was a taste of the reality facing public pension programs: Once annual returns slip from 7% annually to minus 7% annually, the pension plans are soon insolvent.

California is by no means alone.

The great state of Illinois, for example, risks sinking into a $130 billion “death spiral,” as Ted Dabrowski of the Illinois Policy Institute describes it.

Meantime, jilted pensioners can generate a good deal of hullabaloo.

Do you think Uncle Samuel will let the politically strategic states of California and Illinois — with their combined 75 electoral votes — go scratching?

And who will he hand the bill?

Consult the nearest mirror… and there you will find your sorrowful answer.

The problems are not limited to California or Illinois, of course.

From Portland to Portland, Lake Superior to the Mexican gulf…

American pensions are wrecked upon the rocks of actuarial fact.

Illinois Gov. Bruce Rauner has warned that the state’s pension crisis is driving his beloved Land of Lincoln into “banana republic” territory.

Of course, the good governor’s mouth ran away with him here.

Who would compare the venerable, eminently worthy banana republic… to Illinois?