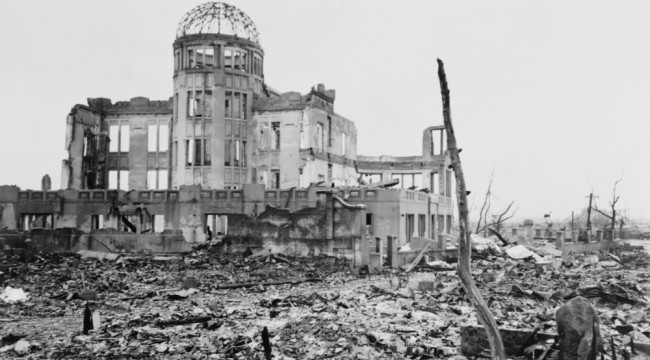 America's Other "Shock and Awe" Campaign

TIVOLI, New York – As expected… in the summer we feel the tremors.

The earth rumbles. The markets grumble. A little explosion here… another there.

But not a Hiroshima.

Commodities have crashed. Chinese stocks have gotten smoked too – down about 30% from the top.

And Greek stocks are in meltdown mode. (More on that below in Market Insight…)

In the U.S., there’s been no mass sell-off. The S&P 500 remains close to all-time highs. But a few big stocks have fallen hard. Apple, Twitter…

When will they “drop the bomb?” Next week? Next month? Never?

As always, we don’t know. But we’re not going to go for a picnic in the vicinity until we get the all clear.

This weekend, we went to an airshow in the town of Rhinebeck in upstate New York.

Vintage planes put on a barnstorming spectacle – complete with a mock dogfight between a Fokker Dr.I triplane, flown by the “Red Baron,” Manfred von Richthofen, in World War I, and two French biplanes, a SPAD and a Nieuport.

The Old Rhinebeck Aerodrome also has a museum of antique planes and automobiles. You see on display the technological innovation of the early 20th century – complete with dozens of aircraft manufacturers, all of which are now out of business.

“The Wright Brothers are credited with inventing the first airplane,” explained a guide. “But after that, innovation was slow in the U.S. because the Wrights patented their designs.

“In Europe – particularly in France – there was less patent control and more innovation. As you can see, the French models from the World War I era were much more advanced than the American planes of the time.”

By 1914, the airplane was barely 10 years old. But military commanders soon put it into service to help people kill one another.

When airplanes were first used as weapons in World War I, the “bombs” were wine bottles filled with kerosene, with a simple detonator attached. Pilots also dropped hand grenades and specially made darts, known as flechettes. (These could pierce an infantryman’s helmet… and often did.)

Thirty years later, and 80 years ago last week, the military had scored a spectacular technological breakthrough.

On August 6, 1945, the U.S. committed what was either one of the worst war crimes in history, or it spared the world further unnecessary suffering when it used Boeing B-29s to drop the atom bomb on Hiroshima.

You can’t say President Truman didn’t warn the Japanese high command. On July 26, at the Potsdam Conference, he made it clear Japan could either surrender unconditionally or it would face “prompt and utter destruction.”

In a rare example of a president who delivered on his promises, Truman made good barely a week later. Estimates vary, but the death toll at Hiroshima and Nagasaki has been calculated at about 135,000, people, most of them civilians.

The idea of the atomic attack was to leave the Japanese in such “shock and awe” that they would accept unconditional surrender.

Also, Truman’s military experts advised him that an invasion of Japan would have cost as many as 500,000 U.S. deaths.

Most Americans applaud him for having made the “hard decision” to drop the bomb. But his decision was a lot harder on the women and children living in the two target cities. On the morning of August 10, Harry had his breakfast, as usual. They did not.

America was a signatory to the Geneva Conventions. It was clearly against the rules to kill hundreds of thousands of civilians.

It was a good thing for Truman that the U.S. and its allies won the war. Otherwise, he would have certainly been executed for war crimes.

But it is the victor who gets to decide guilt or innocence on Earth. As for Heaven, the verdict Truman received was not reported in the press. And don’t bother to Google it.

But we are not here to argue the case for or against President Truman. Eight decades later, your editor can take the high ground. His father, in the low swamps of the Philippine jungle in August 1945, with a machine gun in one hand and a ticket to Tokyo in his pocket, approved of it.

No, we are not condemning Harry. We are just circling our next topic for our paid monthly advisory, The Bill Bonner Letter – technology. We are looking for a weak spot in the ramparts, where we might direct our cannon and gain entry.

In the atom bomb we see a fissure… a point of faiblesse… that yearns to be cracked open.

For who, after August 9, 1945, could still believe that new technology is always a good thing?