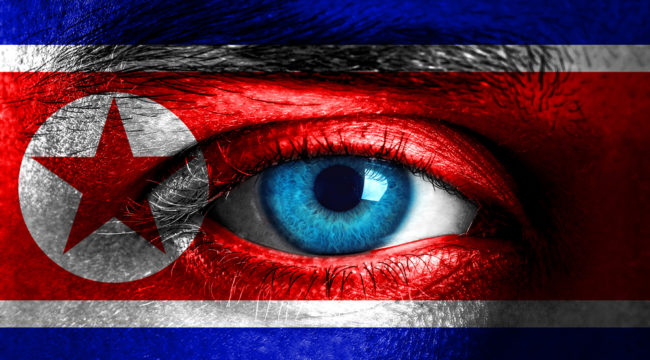 All Eyes on North Korea Tomorrow

The North Korean leaders in Pyongyang warned via state media on April 11 of a nuclear attack on the United States if there were any further sign of American aggression.

“Our revolutionary strong army is keenly watching every move by enemy elements,” said official North Korean press, “with our nuclear sight focused on the U.S. invasion bases not only in South Korea and the Pacific operation theater, but also in the U.S. mainland.”

Thoughtful observers note that this is a particularly unstable period, as April 15, the birthday of the founder of North Korea, Kim Il Sung (celebrated as “The Day of the Sun” national holiday) is often marked by staging provocations.

And some signs indicate North Korea might be preparing to conduct another nuclear test tomorrow.

China’s leadership in Beijing continues to express grave concern at the deteriorating situation.

In addition to the telephone call on April 11 from President Xi to President Trump that addressed the North Korean situation, the Chinese have issued three editorials in five days clarifying their interests and red lines.

According to analysts at the Night Watch, an organization specializing in U.S. national security, the major concern the Chinese share with South Korea is that:

“North Korea will detonate a nuclear device in defiance of the U.S., and that the U.S. will strike North Korea’s nuclear facilities. The tension and mutual disdain have created conditions that nurture misperceptions, miscalculations and misadventure.”

All this comes in the wake of the April 6 U.S. cruise missile strike on Syria and the change of mission that saw a U.S. carrier strike group redirected toward North Korea.

The return of the USS Carl Vinson Strike Group has ships equipped with anti-missile weapons within range of any potential North Korean missile or nuclear test, while the recently delivered Terminal High Altitude Area Defense (THAAD) anti-missile ground system is still being made operational in South Korea.

Tensions on the Korean Peninsula are at their highest levels in years. And things get interesting in a hurry if North Korea goes ahead with its nuclear testing.

We’ll see if the North presses its luck by conducting a test this weekend. If it does, the reaction should be interesting.