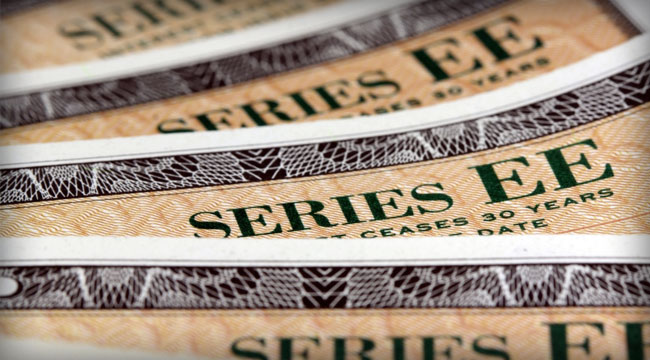 Against the Crowd: Buy Treasurys

Whenever the consensus is going one way, consider doing the opposite. Or as the great English economist and logician William Stanley Jevons once said, “As a general rule, it is foolish to do just what other people are doing, because there are almost sure to be too many people doing the same thing.”

This is especially true when 100% of economists are of the same opinion about what will happen in the future. You may have noticed, economists have been particularly bad at what most of them are paid to do. And there is a reason for this.

The economics profession embraced the tools of physics long ago. Now economists scribble equations and construct models thinking they can predict markets and mass human behavior with this mathematics.

However, “financial markets are not physics,” as Robert Prechter explained at the 2014 Social Mood Conference earlier this month. The human mind may default to linear extrapolation, applying Newton’s first law of motion, or, more simply, the trajectory will continue, but that’s not how markets work in reality.

The present prevailing wisdom of 67 economists is the yield on the 10-year Treasury bond will be higher six months from now. Bloomberg surveys these economists each month, and the vast majority has been expecting yields to climb. Since early 2009, only a few times have less than half the economists been bearish on government bonds.

“Economists don’t forecast; they describe what has already happened.”

“Literally, there is maybe one economist in the United States straddling the bullish/bearish divide on interest rates. The rest are bearish,” Jim Bianco of Bianco Research writes. Bianco adds that the number of large J.P. Morgan customers, those who manage money and who are underweight Treasurys, is the second-highest number in seven years.

Prechter and his gang of socioeconomists don’t think linearly; they think fractally. A fractal is an object that is similarly shaped at different scales. Fractals permeate nature. For instance, a twig looks like a branch, which looks like a tree.

Interest rates fell for the next 28 years.

But while asteroids hurtling through space don’t change their minds, Prechter reminds us, people do. In the July 11, 1984 edition of The Elliott Wave Theorist, Prechter wrote that a Financial World magazine poll of economists had every one of them predicting higher rates, “in a linear-logic reaction to the rise in rates that has already occurred.”

Prechter says linear forecasting isn’t forecasting at all, but is just rationalizing. “Economists don’t forecast; they describe what has already happened.”

At the Grant’s spring conference, Jeffrey Gundlach told the audience Treasurys are historically cheap. What he was really saying was compared with corporate bonds, the government variety are a good value.

Grant’s Interest Rate Observer quoted the DoubleLine CEO as explaining why there could be a melt-up in Treasurys in defiance of the economists. Unconstrained bond funds are very popular he pointed out. These funds buy all kinds of debt except Treasurys “and leech out the interest rate risk by shorting Treasurys. It could lead to one of the greatest melt-ups in Treasury market history.”

Real people don’t own the Treasury market. Central banks and pension plans do. Most of the action is in shorting government debt, whether it’s unconstrained bond funds or leveraged short Treasury ETFs.

Gundlach warns if the 10-year rate falls below 2.47%, watch out. He says that “you will start to see an enormous unwinding of these embedded short positions.”

The bond guru thinks something bad will “have happened to make that yield drop like that.” Something bad like, say, a stock market crash or contraction in the economy? Not to worry, a survey of 72 economists by the National Association for Business Economics reports all 72 think the economy will grow this year.

As far as the stock market goes, late last year, CNBC reported that “economists expect the market’s rally to continue next year, based on their expectations that corporate profits will continue to rise, picking up momentum from a 5% gain in 2013 to a 6.1% advance in 2014.”

And if the combined opinion of economists doesn’t scare you, consider that margin debt is up 116 times in 39 years, an all-time high. Robert Shiller’s cyclically adjusted S&P 500 price/earnings ratio is over 25 times, a reading that has reliably predicted negative market returns.

One of these days, rates will go up. Way up. But with the crowd and expert opinion shorting Treasury debt, being long on Uncle Sam’s debt is the place to be.

P.S. If you’re still not sold on U.S. Treasurys, don’t worry. There’s still plenty of places you can safely park your money and let it grow. In fact, there’s one investment opportunity that’s absolutely risk free (you can’t lose below a certain amount), and will actually increase in value if the dollar goes into free fall. I gave readers of the FREE Laissez Faire Today email edition an opportunity to access a free report with all the details. To ensure you never miss out on another great opportunity like this, sign up for the Laissez Faire Today email edition, completely FREE, right here.

This article was prominently featured in Laissez Faire Today.

Prepare for the Coming Financial Earthquake

A financial “Ring of Fire” surrounds global markets, and Jim Rickards shows you why a devastating “9.0” financial earthquake is coming…