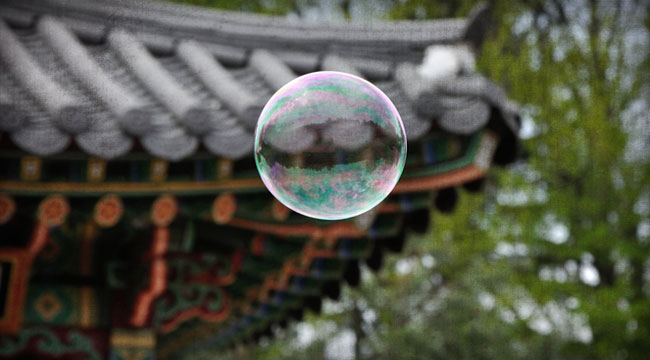 A Way to Survive the World's Next Debt Bubble

The source of this demented outbreak is not a flaw in Chinese culture or character — nor even the kind of raw greed and gluttony that afflicts all peoples in the late stages of a financial bubble.

Instead, the cause is monetary madness with a red accent. Chairman Mao was not entirely mistaken when he proclaimed that political power flows from the end of a gun barrel — he did subjugate a nation of one billion people based on that principle. But it was Mr. Deng’s discovery that saved Mao’s tyrannical communist party regime from the calamity of his foolish post-revolution economic experiments.

Just in the nick of time, as China reeled from the Great Leap Forward, the famine death of 40 million and the mass psychosis of the Cultural Revolution, Mr. Deng learned that power could be maintained and extended from the end of a printing press. And that’s the heart of the so-called China economic miracle. Its not about capitalism with a red accent, as the Wall Street and London gamblers have been braying for nearly two decades; its a monumental case of monetary and credit inflation that has no parallel.

At the turn of the century credit market debt outstanding in the US was about $27 trillion, and we’ve not been slouches attempting to borrow our way to prosperity. Total credit market debt is now $59 trillion — so America has been burying itself in debt at nearly a 7% annual rate.

But move over America! As the 21st century dawned, China had about $1 trillion of credit market debt outstanding, but after a blistering pace of “borrow and build” for 14 years it now carries nearly $25 trillion. But here’s the thing: this stupendous 25X growth of debt occurred in the context of an economic system designed and run by elderly party apparatchiks who had learned their economics from Mao’s Little Red Book!

China’s giant credit bubble is the most massive malinvestment of real economic resources… ever known.

That means there was no legitimate banking system in China — just giant state bureaus which were run by party operatives and a modus operandi of parceling out quotas for national credit growth from the top, and then water-falling them down a vast chain of command to the counties, townships and villages. There have never been any legitimate financial prices in China — all interest rates and FX rates have been pegged and regulated to the decimal point; nor has there ever been any honest accounting either — loans have been perpetual options to extend and pretend.

And, needless to say, there is no system of financial discipline based on contract law. China’s GDP has grown by $10 trillion dollars during this century alone — that is, there has been a boom across the land that makes the California gold rush appear pastoral by comparison. Yet in all that frenzied prospecting there have been almost no mistakes, busted camps, empty pans or even personal bankruptcies. When something has occasionally gone wrong with an “investment” the prospectors have gathered in noisy crowds on the streets and pounded their pans for relief — a courtesy that the regime has invariably granted.

So in two short decades, China has erected a monumental Ponzi economy that is economically rotten to the core. It has 1.5 billion tons of steel capacity, but “sell-through” demand of less than half that amount — that is, on-going demand for sheet steel to go into cars and appliances and rebar into replacement construction once the current pyramid building binge finally expires. The same is true for its cement industry, ship-building, solar and aluminum industries — to say nothing of 70 million empty luxury apartments and vast stretches of over-built highways, fast rail, airports, shopping malls and new cities.

In short, the flip-side of China’s giant credit bubble is the most massive malinvestment of real economic resources — labor, raw materials and capital goods — ever known. Effectively, the country-side pig sties have been piled high with copper inventories and the urban neighborhoods with glass, cement and rebar erections that can’t possibly earn an economic return, but all of which has become “collateral” for even more “loans” under the Chinese Ponzi.

China has been on a wild tear heading straight for the economic edge of the planet — that is, monetary Terra Incognito — based on the circular principle of borrowing, building and borrowing. In essence, it is a giant re-hypothecation scheme where every man’s “debt” becomes the next man’s “asset”.

So China is on the cusp of the greatest margin call in history. Once asset values start falling, its pyramids of debt will stand exposed to withering performance failures and meltdowns. Undoubtedly the regime will struggle to keep its printing press prosperity alive for another month or quarter, but the fractures are now gathering everywhere because the credit rampage has been too extreme and hideous. Maybe Zhejiang Xingrun Real Estate which went belly up last week is the final catalyst, but if not there are thousands more to come. Like Mao’s gun barrel, the printing press has a “sell by” date, too

Of the more than US$562 million (RMB3.5 billion) that it owed to debtors, US$112 million was borrowed from 98 private parties with annual interest rates of up to 36%, according to recent revelations from Chinese media. Under that kind of pressure, the only surprise is that the default didn’t happen sooner. The company struggled to find capital for years; the chairman is suspected of borrowing up to US$38.6 million with “fake mortgages.”

But before Xingrun gets branded as China’s worst small, private homebuilder, it’s important to understand how it ended up in the mess in the first place, and what specific factors brought the operation down, or at least to the brink of collapse (local government officials insist it hasn’t officially defaulted yet).

Xingrun’s business in Fenghua, a county-level city that is part of Ningbo in a manufacturing belt on China’s east coast, ran into trouble through a renovation project starting in 2007, Chinese media pointed out. The company attempted, after securing government support and taking over for another distressed local property company, to build high-rise apartment blocks in a village called Changting. The project required the company to build homes for the original residents before the existing village could be torn down and the new buildings built. Construction was slated to start in the first half of 2012. Xingrun projected that it could pay off its debts within three years.

The project never got to the construction phase. In fact, the small village homes are still standing. Xingrun built the replacement homes for the villagers but there’s no sign of its main housing product, high-rises. Nothing has happened because the residents of the village have tangled the project and the company in a lawsuit that has stretched for years.

That explains why Xingrun was unable to pay back its loans. But why has it come so close to keeling over now? Its troubles with the Changting project persisted for years but the company simply rolled over loans and borrowed at high rates from private lenders.

One problem for capital-strapped developers in the Ningbo area is that private lenders no longer want to lend to highly risky companies. In fact, they are calling in their loans. This is just one of the problems afflicting Xingrun. The value of property in some areas of Fenghua is decreasing and that trend has lowered confidence in developers’ ability to pay dizzyingly high interest rates.

Banks aren’t hot on lending to this kind of developer either. In the past, a developer such as Xingrun could ask the local branch of a commercial bank for more credit. The local branch would take that risk because loan officers there knew that, somewhere much higher up the chain, officials promoted the lending.

That support exists no longer. Now, when small developers beg local banks for credit, they will likely be turned away. Local bank managers are reportedly being told that they may lend to risky borrowers if they wish, but they will be held accountable.

High risk is something no one seems willing to stomach these days – in stark contrast to just a year ago.

Fenghua is a small town, and Xingrun’s reach beyond that area is limited. Analysts have come out strong in saying that such a default has little systemic risk. The bigger picture in the region, however, can’t be ignored.

Xingrun’s woes are still the woes of the local authorities. The default will add US$305 million (RMB1.9 billion) to Fenghua province’s non-performing loan portfolio, pushing up the rate of toxic assets to 5.27% and making it Zhejiang province’s most indebted government, according to calculations by The Economic Observer newspaper.

Add Fenghua’s problems to those of the greater Ningbo region. The area reportedly has at least six years of housing stock either sitting empty or under construction. The massive buildout will put small developers under great pressure to pay back loans, especially if private debtors are calling in high-interest loans. A slowdown in property prices won’t help either. Without a rescue from provincial-level banks, Fenghua won’t be the last local government stuck in a jam.

Ed. Note: China will undoubtedly feel the negative effects of its massive expansion of money and credit. But it is by no means the only country to do so. The US is in a similar boat, and when that situation begins to unravel, it will leave plenty of investors battered and broken along the way. Don’t be one of them. Sign up for The Daily Reckoning email edition, for FREE to discover actionable ways to protect your wealth no matter what happens.