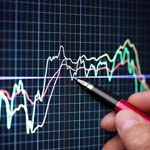 A Surprising Refuge in a Dangerous Market

“We Have More Ideas Than Money.” That’s what John Palmer and Rich Lashley titled their most recent presentation. You don’t hear that much today. Most of us have more money than ideas. We live in a market where a potential crisis of one sort or another makes every idea look like a straw house in Hurricane Alley.

But Palmer and Lashley of PL Capital have a specialty that offers safety without sacrificing market-beating profits in the years ahead. Palmer and Lashley invest in stocks of small banks. They are often activist investors, which means that they buy enough stock to have some clout to make things happen. And they are darn good at doing this.

You probably know bank stocks have had a bad decade. But you wouldn’t know that by looking at Palmer’s and Lashley’s Financial Edge Fund. It’s beaten not only bank stock indexes, but also the overall market…and by a wide margin.

If they can beat the main bank index by a factor of 2½ with the wind in their faces, what can they do with the wind at their backs?

I spoke with John Palmer hoping some of this magic might rub off on me and that he would share some of his thoughts on investing in banks. I don’t know about the magic yet, but on the latter he did not disappoint.

We began by talking about all the challenges banks have to deal with. This leads to one inevitable conclusion — and a clear path to profit from the changes.

First, those challenges. Today’s low interest rates squeeze bank profits. “The bigger banks can handle lower rates and make a profit,” John said. “At the community bank level, we’re going to feel pain in our margins. I don’t think it is a lot of pain. Loans have been priced down again and again. I am not sure they are going to price down further.” The bigger issue is loan growth.

The regulatory environment makes that tough. “If you are going out there trying to grow your loan book, the regulators are second-guessing every loan you put on the books,” John said. “I can’t tell you how many times I’ve had a CEO tell me, ‘Well, we didn’t want to make this loan because we know as soon as we make it we’re going to get criticized by the regulators.’”

Besides this, the economy is lousy. So there isn’t much loan growth. What’s happening instead is that loans move around from one bank to another. The only way to grow is to eat someone else’s lunch. Even the big banks, like JP Morgan and Citi, are starting to push their way to tables usually reserved for community banks.

“Three to four years ago, you might have seen them come into our area on a $10-15 million loan,” John says. “They would try to undercut on pricing and try to take it away. I will tell you that now we’re seeing $500,000 loans migrate from our community banks to the big banks.”

That’s crazy. John said that what is crazier is the pricing. “We’re seeing pricing at 150-200 basis points over costs. So how do community banks compete with that? It’s impossible. Their cost to service a loan will probably run 200 basis points.” (Note: 100 basis points equal 1%.)

So what happens next? (Here we get to our inevitable conclusion). The smaller banks will consolidate into bigger banks. This way, they can spread those costs over a bigger asset base. As John says:

If you can’t grow your business, if you can’t grow profitability, then you are going to be forced into consolidation. The banking industry is so fragmented; it needs to be consolidated. There are 7,500 institutions out there.

Think about it. Tell me another business where I go to make a loan to somebody and potentially within my market have over 200 competitors that are going to bid on that loan. All 200, obviously, won’t bid, but five or six or seven will definitely bid on that loan. That can’t exist forever. Somehow, we have to get pricing power back in place. And the only way to get there is to reduce the number of potential bidders on loans.

I agree with John that consolidation is a certainty in the banking sector. The best chart I’ve seen on this is from John’s PL Capital, which shows the number of takeover deals in the banking sector, and the price at which they happened. We sit near cyclical bottoms on both counts. (Price-to-tangible book is a widely used valuation measure. Low numbers imply cheapness.)

The turn is at hand. Now what to do? I say buy the smaller banks.

As John explained it, “The larger the bank, the better they tend to trade off of book value.”

This is why, as an individual investor, you want to start with a smaller bank. As John explained, “Not only do you get a premium in a deal, but potentially you also get appreciation from the acquirer’s stock moving up to a higher level.”

Bigger banks are typically more efficient. They can spread their costs out over a bigger asset base. In turn, they earn a higher return on equity, or ROE. A higher ROE drives a higher price to book. “It’s all linked,” John says.

So market forces will dictate that we’ll have fewer banks. The survivors will be a lot bigger. For now, you can get pretty good little banks for less than tangible book value per share. As they move up the food chain, your little bank stock could trade for 2 or 3 times book down the road as part of a much bigger entity.

In just the last 15 months through July, the Financial Edge Fund has seen 11 positions bought out. The premiums on these deals fall in the range of 120-150% of tangible book value. This is not unique to John’s fund. If you look at the 20 largest bank deals in 2012 so far, you get a similar picture. A few deals went off at over 200% of book value.

Small bank investing is a safe strategy too because banks have had five years to fix their problems and are in better shape today. Don’t let the ghosts of 2008 frighten you away from this opportunity. As John says:

I think there has been a hiatus in consolidation because people are concerned about credit quality. But as time goes on, that will change. We’ve been through five years of taking write-offs and building loan loss reserves… The level of confidence about what’s on the balance sheet continues to improve.

To wrap it up: I am bullish on small bank stocks.