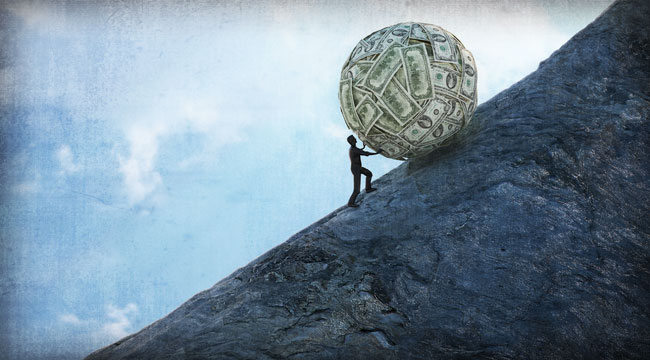 A Strong US Economy isn't Always Good for the World

The G20 Finance Ministers’ Meeting in Sydney in February 2014 provided a convivial winter break for the global economic elite. Travellers from the Northern Hemisphere could enjoy the Southern summer. Everybody could escape domestic political traumas, spending a few days amongst peers in luxury paid for by taxpayers.

They could bask in the slavish adulation of the local popular press who were in awe of the gathered central banking ‘rock stars’ and the charms of the International Monetary Fund (IMF) President Christine Lagarde.

A jovial Australian Treasurer Joe Hockey proclaimed the meeting was a ‘success’. The G20 had ‘committed’ to growth targets. Mr. Hockey’s off-the-cuff remarks about the consequences of not meeting the agreed objectives recalled former US vice president Dan Quayle’s comment: ‘If we do not succeed, then we run the risk of failure.’

Advanced economies committed to a coordinated push to boost growth by more than $2 trillion over the next five years. This additional growth would be driven by ‘concrete’ macroeconomic policies and structural reforms. But there were no specific initiatives, other than a call for additional investment especially in infrastructure.

…after near six years of meetings, communiqués and targets, the global economy is no closer to a sustainable recovery.

The only specific undertaking was that monetary policy would remain accommodative. But this too was dependent on the outlook for prices and growth of individual member nations, a concession to the US central bank’s ‘taper’ which had created volatility in financial markets.

But this would still leave the GDP of the G20 around 8% below its long term trend, in effect failing to reverse the output losses following the Global Financial Crisis.

In any case, given the poor forecasting record of authorities, the base rate of expansion is uncertain meaning any additional growth target is meaningless. The IMF and central banks have repeatedly downgraded growth forecasts over recent years. They have discovered what author Sebastian Faulks identified in his novel Engleby: ‘Time makes us pointless’.

Apart from well-worn homilies to ‘fiscal sustainability’ and other economic shibboleths, there was little detail on how high debt levels, weak public finances, continuing global imbalances, deflationary pressures, exchange rate instability and other vulnerabilities would be managed. There was only vague reference to an exit from current policies and normalisation of interest rates.

The commitment to infrastructure investment failed to address how over-indebted governments would finance expenditure in a de-leveraging world.

There was no acknowledgement of deep structural issues such as aging populations, climate change, social stresses and political instability and their effect of the target.

In essence, the Lords of Finance agreed that they would wave their magic wands to conjure up growth and prosperity magically. If that is the case, then the interesting question is why hadn’t they done so until now?

The markets were underwhelmed. Reuters spoke for many concluding: ‘The Group of 20′s proposal to lift economic activity by 2 percent over the next five years has so many holes in it, there’s no wonder it was the first official target that all members felt happy to agree on.’

The G20 failed to confront one of the major threats to global recovery identified by the IMF – the fragility of many emerging markets.

Emerging market instability has been driven, in part, by the decision of the US Federal Reserve to scale back its purchases of Government bonds. Despite the fact that US monetary policies remain expansionary, the taper has resulted in a reversal of capital flows into emerging markets.

In early 2014, the Governor of India’s central bank Raghuram Rajan warned of a breakdown in the global coordination of monetary policy. He was reacting to the effects of the adjustment of asset purchases by the US Federal Reserve on the value of the India Rupee. Dr. Rajan argued that the Federal Reserve could not ignore the impact of its policies on the rest of the world.

New Fed Chairwoman Janet Yellen rejected this accusation. She told American politicians in congressional testimony that the US central bank’s focus was on the domestic economy.

After mouthing the usual platitudes about the need for a strong US economy which would be good for the world, she stated that volatility in emerging markets resulting from US policies was only relevant insofar as it might affect the US economy.

It was reminiscent of US ambassador to the UN Samantha Power’s recent articulation of the country’s attitude: ‘This country is the greatest country on earth. I would never apologise for America.’

The US position was supported by German Finance Minister Wolfgang Schaeuble, who blamed India’s own internal policies for its economic woes rather than monetary policies of developed nations.

The G20 Meeting communiqué was, unsurprisingly, silent on this issue, reflecting the different positions of members on better monetary and exchange rate policy co-ordination.

The G20 has a poor record in meeting targets.

The reduction in government debt by 50% by 2013 has not happened. Action to minimize tax avoidance, another objective of the Sydney Meeting, has been subverted by individual countries using differential tax rates and other policies to encourage businesses to relocate or remain in particular jurisdictions.

A key reason for failure is the failure of coordination, due to the primacy of individual national interests. After the Sydney meeting, it did not take long for the feigned unanimity to disappear.

The European Central Banks (ECB) and the German Finance Minister, were skeptical about the growth targets, pointing out no new measures have yet been adopted to facilitate these. Jens Weidmann, the head of the Bundesbank, damned the agreement with faint praise, stating while ‘fundamentally positive’ quantitative growth targets were ‘problematic’.

The Indian Finance Minister Palaniappan Chidambaram said that he did not consider the growth targets binding. The South African Finance Minister flew home to announce a reduction in the nation’s forecast growth. Growth numbers from Brazil and even the US released shortly after the meeting were disappointing.

Zhou Xiaochuan, Governor of the People’s Bank of China, emphasized the need of his country to balance economic growth, reforms and stability and refused to commit to measures to increase growth. Shortly thereafter, the Chinese authorities moved to reduce the value of the Yuan against foreign currencies to reduce capital inflows and increase China’s competitiveness.

There were divisions even on previously agreed principles. US Treasury secretary Jack Lew argued for more co-ordination on regulation of financial markets and banks.

Prior to the meeting, the host, Australian Treasurer Joe Hockey, stated that all those regulations should be ‘evaporated’ on the grounds that they were impeding efficient resource allocation. He was particularly opposed to European plans for a financial transactions tax. Mr. Hockey argued that transparency was all that was needed.

The reality is that to the extent that individual nation’s policies serve domestic interests of growth the G20 measures may be implemented, with potential spillover benefits for the global economy. But major often repeated steps, such increasing domestic demand in exporting nations such as Germany and China, which are seen as detrimental to national interest are unlikely even if they would benefit the global economy overall.

In effect, the G20 consistently fails the real measure of coordinated global policy identified by ECB President Mario Draghi that countries adopt policies that would not be adopted if they were acting solely in their own domestic interests.

The G20 commitments are largely meaningless. Few if any initiatives are likely to be implemented. Based on its previous performance, few targets will be met. This poses a fundamental question about the point of such forums.

As several commentators observed, the real point was to illustrate the indispensability of the global financial and political elite and to reassure citizens that they were in control of the situation.

The most honest course of action would be recognize that the policy options are limited, the level of understanding and degree of control over economies compromised and the idea of global co-ordination is an impossible utopian dream.

The bad news is the heads of the G20 are scheduled to meet in Brisbane later in 2014 for a new round.

Satyajit Das
for The Daily Reckoning

Ed. Note: While the G20 finance ministers continue to circle their wagons around what they think will solve the world’s economic problems, readers of The Daily Reckoning are learning how to take control of their own financial growth. In today’s issue alone, they were given 3 specific chances to discover real, actionable investment opportunities. And that’s just the beginning… Every single issue is packed full of great opportunities just like this. Click here now to sign up for FREE, and start learning the best ways to build your wealth no matter what the G20 decides to do.