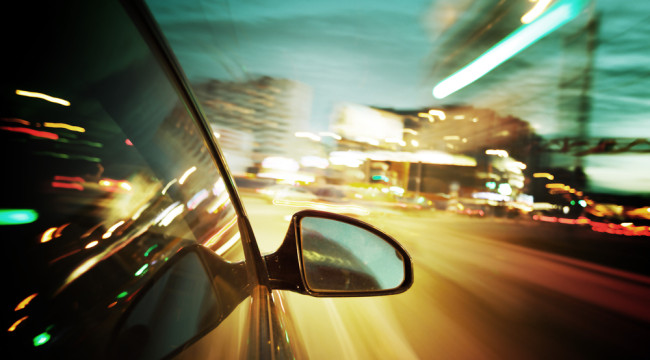 The Product that Will Send 3D Printing Into High Gear

Once or twice in every generation, a new invention will change the trajectory of entire industries – the assembly line during the industrial revolution, for example, or the Internet in the ’90s.

We, and many others in the technology community, believe that “3D Printing,” or “Personal Manufacturing,” is our generation’s next big thing.

Imagine one day, rather than trekking to the mall or a big-box store to buy a toy for your son or daughter, you simply “print it” from home. The printer would look similar to the one you might already have – but instead of printing ink on paper, it would use an amazing process where successive layers of material, like plastic, are gradually laid down into various shapes.

It would be like building a castle – or a toy or a truck – out of magic legos.

Taking this concept a step further, imagine your doctor printing you a new kneecap, or a new tooth. The possibilities are endless.

But here’s the thing. These scenarios are happening right now.

Yes, the future has arrived.

We’re not the only ones who believe in the power of Personal Manufacturing. Take a look at the performance of some of the stocks in the sector:

3D Systems (DDD) is up over 50% year-to-date with a $5.4 billion market cap. And Stratasys (SSYS) – the company that recently acquired consumer 3D-Printer manufacturer, MakerBot, for $403 million – is up over 28% year-to-date, giving it a market cap of over $4 billion.

The industry has begun to gather steam – in fact, as it relates to making money in 3D Printing stocks, many would argue it’s already reached maximum speed.

They may be right, but we’re not here today to discuss another 3D-Printing stock. Today we’re going to show you an early-stage private company that could be a major beneficiary of 3D printing – and soon, they’ll be raising capital from investors like you.

Based in Mountain View, California, the company is called Meta.

Imagine for a moment putting on a pair of glasses, and instantly seeing a 3D model of a flowerpot in front of you. Using your hands, you are able to modify the size, shape, color and design of the pot. When it looks just right, you can “move” it into your 3D printer – and the next day you’ll have your custom-made flower pot ready and waiting for you.

The scenario I’m describing is just one of the many examples Meta shows in their latest demonstration video. You can see it here:

This is the stuff of futuristic dreams and Hollywood, but its implications for everything from 3D Printing to Gaming is already a reality.

The technology has been getting rave reviews from the press and investors alike.

Some of the smartest money in Venture Capital is hopping on board and backing Meta – everyone from Yuri Milner, an early Facebook investor, to Andreesen Horowitz, a top-notch venture firm.

Soon, Meta is going to be raising money on an equity crowdfunding portal called WeFunder. WeFunder is unique in that it only accepts companies that have graduated from high-quality start-up “accelerators.” (This is similar to how big investment banks try to attract Ivy League graduates: there’s no guarantee these “high-quality graduates” will work out, but it can increase the odds.)

Start-up accelerators are essentially a boot camp for new companies. Each company that is accepted (acceptance rates are in the 1% range) is put through a rigorous 3-month program where their idea is refined, key hires and introductions are made, and initial capital is raised.

After a quick perusal, we see that Meta meets many of the criteria we look for in an early-stage investment opportunity…

The top-tier accelerators – think of them as the “Ivy Leagues for Start-ups” – generally try to help companies hone their product, raise funding, and accelerate their transition to become successful businesses (as well as successful investments for the accelerators).

In the case of Meta, they’re an alum of an accelerator called YCombinator. Notable alums from YCombinator include Heroku, which was acquired by SalesForce.com for $250 million, and Airbnb, which has gone on to raise over $120 million.

But as always, if our goal is to approach early-stage investing like a professional, we can’t simply put our money behind a “cool” technology or a “brand name” start-up accelerator. We also have to make sure the business makes sense as an investment.

To do this, let’s refer to our 10 Crowd Commandments checklist from the Resources section of Crowdability.com

After a quick perusal, we see that Meta meets many of the criteria we look for in an early-stage investment opportunity:

Simple business model? Check! (Meta will sell its glasses and software both to businesses and consumers)

What about its valuation? Or, put another way, “What’s the price of its stock?”

As mentioned above, Meta isn’t raising funding quite yet. As soon as it starts, this question about its valuation will be answered. Keep in mind that standard start-up valuations are in the range of $2 million to $5 million.

If you invest at too high a valuation (i.e., the price of its stock is too high), it’ll be difficult to make money even if the investment does well. Imagine a company being acquired for $100 million, but you invested when the valuation was $95 million. That doesn’t leave much room for profit – especially given the risk.

So keep Meta on your watchlist and pay attention to what its valuation turns out to be. If they’re raising funds at the right price, this company could provide the next leap forward for 3D printing… and a healthy return for its investors.

Ed. Note: Today’s issue of The Daily Reckoning relayed a special report that details 7 exponential events set to make investors incredibly wealthy over the next 10 years. If you got it, you’re ahead of the curve. If you didn’t… well, that’s just a prime example of what you’re missing by not being a FREE subscriber to The Daily Reckoning. Every day, this free newsletter gives readers no less than 3 chances to gain access to real, actionable investment advice on the world’s most exciting companies. Don’t waste another second. Sign up for free, right here.