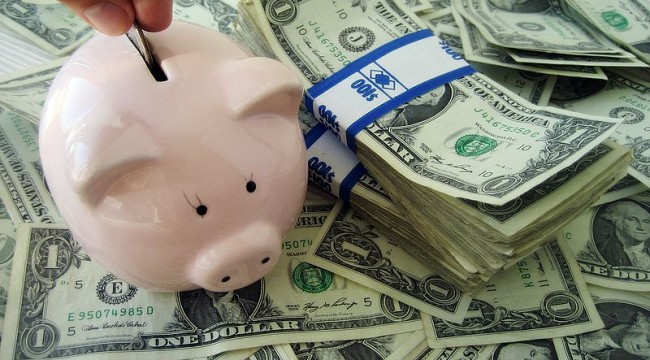 A Sneaky Way to Grab Your Retirement Savings

With an $18 trillion debt and $97 trillion or so in unfunded liabilities, Uncle Sam is anything but flush with money. So Congress and President Obama are looking for ways to stem the flow of red ink. And your retirement or pension plan is square in their sights.

No, Congress isn’t going to confiscate your IRA or 401(k) retirement plan, although there are lots of people marketing various products and services that want you to believe that. Sensationalism sells, after all.

But as I discussed in this essay, confiscation isn’t politically feasible. Look at the numbers. More than 60 million Americans have IRAs or 401(k)s, holding nearly $6 trillion parked away for retirement. Sure, the Feds would love to get their hands on these assets. But any politician who openly advocated confiscation would face near-instant impeachment.

Instead, Congress will whittle around the edges of the Tax Code to raise some additional revenue.

President Obama even wants to end tax-deductible contributions to IRAs and other pension plans once their combined account balances exceed $3.4 million. And since we’re now dealing with the “rich,” no real political obstacles to changing the rules exist.

To fix this “problem,” the 2016 White House budget proposal creates a 28% maximum tax benefit for contributions to retirement accounts. If you’re in a 28% or lower tax bracket, nothing changes. But if you’re in a higher tax bracket, you’re out of luck. You’ll no longer receive a full tax deduction for money you contribute into a retirement plan.

That assumes that you can make a tax-deductible contribution at all. Congress has already imposed strict limitations on tax-deductible IRA contributions. If you have a retirement plan at work, you can’t deduct an IRA contribution unless you earn less than $70,000 annually. If you’re married and filing taxes jointly with your spouse, that threshold increases to $116,000.

Some in Congress want to go even further. A proposal floated last year would limit the deduction to 25%. It would even impose a 10% surtax on all contributions made by anyone in the 35% or higher tax brackets.

The White House budget also targets “back door” Roth IRA contributions. This is a strategy I’ve written about previously in our members-only Alert service. The idea is to make a non-deductible contribution to a regular IRA and then convert it into a Roth IRA.

Using this technique, you can funnel up to $34,500 annually into your Roth IRA with no additional tax liability.

This is a powerful strategy for high earners. It lets you bypass income limitations that otherwise apply to Roth IRA contributions. And with a Roth, there’s no further tax liability as long as you comply with the withdrawal rules.

The Obama budget would put an end to this strategy by limiting Roth conversions to pre-tax dollars only.

Finally, the 2016 budget proposal targets “stretch IRAs.” Loved ones who inherit what’s left of your IRA can now “stretch” distributions over their lifetimes. In the case of a Roth IRA, your heirs can receive a lifetime tax-free income.

The Obama plan would limit stretch IRAs to surviving spouses, children under the age of 18, and a few other categories. Other beneficiaries would be required to receive all IRA payments within five years of your death.

Given the fact that both houses are controlled by Republicans, I don’t anticipate any of these proposals will become law anytime soon. But I fully expect to read all matter of nonsense about how they amount to confiscation of retirement assets. They don’t.

Be especially careful if someone promoting a concept called a “checkbook IRA” promises you that it will avoid confiscation in the unlikely event that Congress or the president decide to simply grab IRA assets. It won’t, for reasons I discussed in this essay.

One more point: It’s perfectly legal to target international investments in your IRA or 401(k). You can purchase real estate, precious metals, securities, and almost anything else in your plan and have the assets held outside the US.

Investing your retirement plan internationally gives you numerous benefits. These include making investments not available in the US, hedging against the US dollar, and making your assets less visible. And it’s definitely possible – we’ve helped hundreds of clients internationalize their retirement plans over the years.