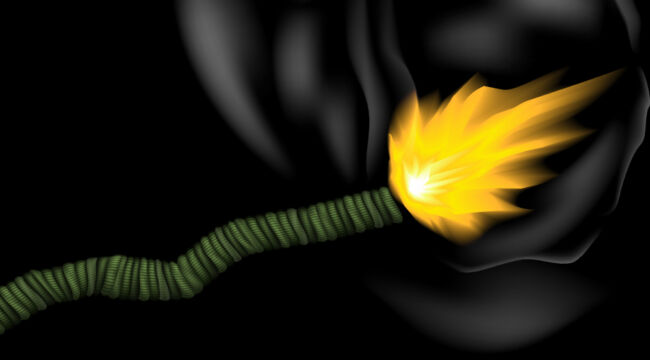 What’s the current state of affairs here in the good ol’ US of A? Here’s a rundown…

The on-the-ground economy has imploded. Inflation is for real and is crushing the country’s standard of living. Before long, it may shift into deflation, which means instead of having a lot of money losing value, you’ll have no money at all.

Rising interest rates killed off the real estate part of the Everything Bubble, and the building, selling and remodeling of houses has been the locus of the few remaining good-paying jobs.

The car industry is dying under several forms of stress: steeply rising unit prices, a strapped middle class, growing scarcity of capital for lending, broken supply lines for vehicle inventory and parts and the insane “green” crusade to make all motoring electric.

Even fixing things of value — existing houses, cars, machinery in general — becomes increasingly impossible when nobody can get replacement parts to work with.

The global relations that balanced supply between the oil-rich nations and the oil-poor ones was smashed with our stupid sanctions against Russia and the unnecessary antagonism of Saudi Arabia by “Joe Biden” & company. America has a lot of shale oil in the ground, but it’s at best marginally economical to get at.

“Joe Biden” has promised to destroy all the fossil fuel industries, and if you take him at his word, that means the natural gas sector too. Half of America thinks it’s going “green.” No, it’s going broke.

It also happens that America has about a three-week reserve of diesel fuel. Trucks and all other heavy vehicles have to run on diesel. Without them, nothing moves from Point A to Point B, including food, and America goes hungry.

In the background, the COVID-19 mRNA “vaccination” program goes on remorselessly, some of it still mandated, while “vaccine” injuries and deaths keep going up and fertility rates fall, and all of it goes unreported by news media bought off by Pharma and ideologically hostage to the Woke Jacobins working tirelessly to destroy Western Civ.

Excess mortality in all age groups is rising in Europe, North America and Australia. That piece of the big picture veers into an epic global health crisis. Among the “vaccine” injuries are millions with compromised immune systems. Wait and see how that works out.

Another $37 Billion for Ukraine?

How’s “Joe Biden’s” campaign going to pit Ukraine (and NATO) against Russia? Don’t be fooled by tactical Russian moves on the ground that are being labeled as “retreats.”

Russia is aiming to put an end to this U.S.-provoked nonsense before the plum trees blossom again over there. It will look as bad for “Joe Biden” as the dénouement in Afghanistan looked, but it will be good for the peace of the world for the struggle to end.

The thing is: America might not even notice it’s happening, with everything else going on here as we careen around the year’s hard corner into winter.

Another $37 billion more for Ukraine? Bringing the total this year to a click or two over $90 billion (ninety-thousand millions), on top of whatever Sam Bankman-Fried’s FTX company funneled through that sad-sack international money laundromat.

It really doesn’t matter how much more money we pound down that rathole, you understand, because by the time various parties — the weapons makers, Volodymyr Zelenskyy, sundry members of the U.S. House of Representatives, the Biden family, the World Economic Forum — are finished creaming off their fair shares, poor Ukraine won’t have enough cash on hand to replace six fuse boxes in Zaporizhzhia.

Against this backdrop, the USA enters a holiday season near-death spiral as unspooling scandals battle a collapsing economy for supremacy of the alt-news sites. Case in point: the aforementioned FTX monkey business, a metastasizing tumor of the body politic.

Even Worse Than Enron

This complex fraud will smolder for a few weeks before it explodes into an extinction-grade event for the Democratic Party.

The usual suspects among the mainstream media are trying strenuously to ignore it, but the shreds of this exploding money-borg are already sticking to guilty parties far and wide across the political landscape like so much rotting flesh.

FTX commander-in-chief Sam Bankman-Fried remains at large after steering the cryptocurrency trading platform into a bankruptcy so hideously tangled that the assigned liquidator in court proceedings, one John Ray III, who oversaw the Enron aftermath years ago, was boggled by what he’s found so far (and it’s early in the game):

Namely, a company run by a handful of twenty-something drug freaks with no idea what they were doing, no record-keeping and a slime trail of misappropriated investors’ funds leading to Kyiv and Geneva through various crooked American political action committees, and the halls of Congress — with echoes in ballot harvesting shenanigans which shaped the outcome of this month’s U.S. elections.

Mr. Bankman-Fried is still scheduled as a main speaker for Accenture’s Nov. 30 DealBook Conference in New York ($2,499 for a ticket), along with Ukrainian President Volodymyr Zelenskyy and U.S. Treasury Secretary Janet Yellen. Odds on him showing up? Or even being alive elsewhere on this planet then?

The Bankman-Fried extended family is the quintessence of Woke aristocracy. Dad Joe Bankman and mom Barbara Fried are both law professors at Stanford. She also acted as a money-bundler for the Democratic Party and ran two nonprofit “voter registration” orgs (against the IRS laws which only permit nonpartisan organized voter registration).

Aunt Linda Fried is dean of Columbia U’s Public Health School, and is associated with Johns Hopkins, which ran the October 2019 Event 201 pandemic drill (sponsored by the Gates Foundation) months before the COVID-19 outbreak.

Sam’s girlfriend, Caroline Ellison, ran the Alameda Investments arm of the FTX empire (that is, FTX’s own money laundromat). Her dad, Glenn Ellison, is chair of MIT’s Econ School.

His former colleague on the MIT Econ faculty, Gary Gensler, who specialized in blockchains there, is now head of the Securities and Exchange Commission, an agency that Sam Bankman-Fried was attempting to rope into a regulation scheme to eliminate FTX’s cryptocurrency competitors.

Caroline’s mom, Sara Fisher Ellison, is an MIT econ prof specializing in the pharmaceutical industry (fancy that!). Caroline Ellison is currently on the run.

The sum total of all this professional and academic accomplishment is also the quintessence of Woke depravity in service to a political faction that seeks maximum moneygrubbing while acting to overthrow every norm of behavior in the conduct of elections, and perhaps in American life generally. That’s some accomplishment.

It’s also a lesson in why the managerial elite of our country are no longer trustworthy. They have gotten away with crimes against the nation for years, which has only made them bolder and more reckless.

Wait for the FTX bankruptcy to unwind, along with all the political ramifications it entails, not to mention the financial afterburn in the whole crypto market, very likely extending into and befouling the rest of the banking system.

This is going to be a blowup for the ages, and will propel the USA into a depression with no visible horizon.