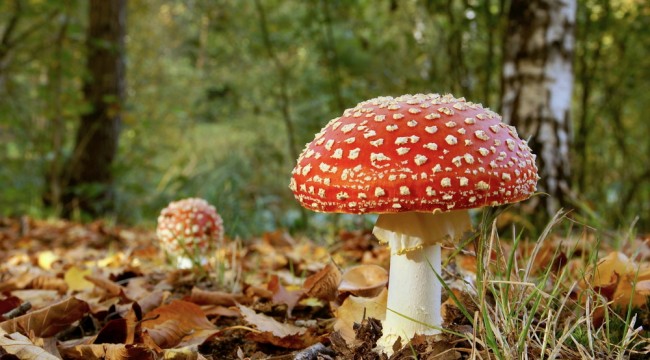 A Poisonous Recipe from the Obamacare Cookbook

People who worry about death panels are missing the forests for the trees. Yes, people with expensive-to-treat conditions may someday be denied life-saving treatment because of Obamacare. But there is a far greater danger for ordinary mortals: government and its health insurance proxies telling doctors how to practice medicine.

In treating patients with various symptoms, doctors are increasingly pressured to follow guidelines or protocols. This “cookbook” approach to medicine is the opposite of personalized medicine — an approach which aims to tailor the therapy to the characteristics of the patient, including her genetic makeup.

Before criticizing it, let me say something good about the “cookbook” approach. I think a doctor would be foolish to ignore protocols. Being aware of how other professionals have treated conditions and what outcomes they have experienced is part of being on top of what is happening in the medical profession in general and the doctor’s specialty in particular.

In MinuteClinics and in other walk-in primary care retail clinics around the country, nurses are doing a superb job of following computerized protocols. In fact they seem to follow best practices better than traditional primary care doctors. They also seem to pretty good at recognizing when a patient’s condition is outside their area of expertise and referring that patient to a specialist or to an emergency room for more complex treatment.

But things will go wrong if the cookbook becomes a master rather than a servant; if it becomes a book of orders rather than a book of suggestions; and if complying with endless checklists takes valuable time away from patient care. Yet that is exactly what is happening in American medicine.

The cookbook that MinuteClinic nurses follow is a cookbook created in the marketplace for the purpose of meeting the needs of cash paying customers. MinuteClinic has an incentive to weigh costs against benefits in doing what it does. If a nurse has to type too much low-value information into her computer terminal, she will be able to see fewer patients and earn less revenue for the clinic. The cost of information overload will be judged not worth the benefit.

Contrast that with what is happening to doctors dealing with impersonal bureaucracies, which do not bear any of the costs they impose on doctors and their patients. Dr. Virginia McIvor, a pediatric physician at Harvard Medical School explains the problem as follows:

“…[T]he quality police demand that for any child who comes in for a physical whose body-mass index is above the 85th percentile, I must comply with certain measures — what we call box checking. I first need to check a box stating that the child is overweight. Then I must acknowledge that I entered “overweight” in his problem list. Next, I need to check a box stating that diet and exercise counseling were provided. Finally, I need to be sure that the counseling is documented in the patient note. If this patient has asthma, I need to check more boxes for an asthma action plan, use of an asthma-controller medication, and flu-shot compliance.

“When a healthy child visits, I must complete these tasks while reviewing more than 300 other preventative care measures such as safe storage of a gun, domestic violence, child-proofing the home, nutrition, exercise, school performance, safe sex, bullying, smoking, drinking, drugs, behavior problems, family health issues, sleep, development and whatever else is on a patient’s or parent’s mind. While primary-care providers are good at prioritizing and staying on time — patient satisfaction scores are another quality metric — the endless box checking and scoring takes precious time away from doctor-patient communication. Not one of my patients has lost a pound from my box checking.”

In Priceless, I made the following observation:

“Over all, health care is a field that can be described as a sea of mediocrity punctuated by islands of excellence. The islands always spring from the bottom up, never from the top down; they tend to be distributed randomly; they are invariably the result of the enthusiasm, leadership and entrepreneurial skills of a small number of people; and they are almost always penalized by the payment system.

“Now if you think like an economist, you will say,’Why don’t we reward, instead of punish, the islands of excellence and maybe we will get more of them?’ But if you think like an engineer you will reject that idea as completely unacceptable. Instead you will want to 1) find out how medicine should be practiced, 2) find out what type of organization is needed for doctors to practice that way, so 3) you can then go tell everybody what to do.”

Atul Gawande is the author of The Checklist Manifesto, in which he argues that doctors can improve the quality of medicine by following a checklist similar to the ones that have reduced airline accidents. Here is his explanation of how medicine should be practiced:

“This can no longer be a profession of craftsmen individually brewing plans for whatever patient comes through the door. We have to be more like engineers building a mechanism whose parts actually fit together, whose workings are ever more finely tuned and tweaked forever better performance in providing aid and comfort to human beings.”

Here is Karen Davis, explaining (in the context of health reform) how medical care should be organized:

“The legislation also includes physician payment reforms that encourage physicians, hospitals and other providers to join together to form accountable care organizations [ACOs] to gain efficiencies and improve quality of care. Those that meet quality-of-care targets and reduce costs relative to a spending benchmark can share in the savings they generate for Medicare.”

The Affordable Care Act (Obamacare) was heavily influenced by the engineering model. Who, but a social engineer, would think you can control health care costs by running “pilot programs”? What’s the purpose of a pilot program if not to find something that appears to work so that you can then order everybody else go copy it? Pilot programs are a prime example of the social engineer’s fool’s errand. And by the way, there is no evidence whatever that pay-for-performance schemes improve quality or reduce costs — either in this country or abroad — either in health care or in education.

Social engineers invariably believe that a plan devised by people at the top can work, even though everyone at the bottom has a self-interest in defeating it. Implicitly, they assume that incentives don’t matter. Or, if they do matter, they don’t matter very much.

To the economist, by contrast, incentives are everything. Complex social systems display unpredictable spontaneous order, with all kinds of unintended consequences of purposeful action. To have the best chance of good social outcomes, people at the bottom must find that when they pursue their own interests they are meeting the needs of others. Perverse incentives almost always lead to perverse outcomes.

In the 20th century, country after country and regime after regime tried to impose an engineering model on society as a whole. Most of those experiments have thankfully come to a close. By the century’s end, the vast majority of the world understood that the economic model, not the engineering model, is where our hopes should lie. Yet health care is still completely dominated by people who steadfastly resist the economic way of thinking.

Ed. Note: These doctors aren’t the only ones trying to figure out how to solve the health care problem in the country. Some doctors are looking to improve the way they interact with patients. Others are seeking medical alternatives in other countries. And then there are those who use new technologies to create new medical opportunities. Subscribe to Laissez Faire Today and learn about these new exciting medical breakthroughs and how you could one day take advantage of them.

Guardianship … and how to avoid it

“No one plans on becoming incapacitated… ”