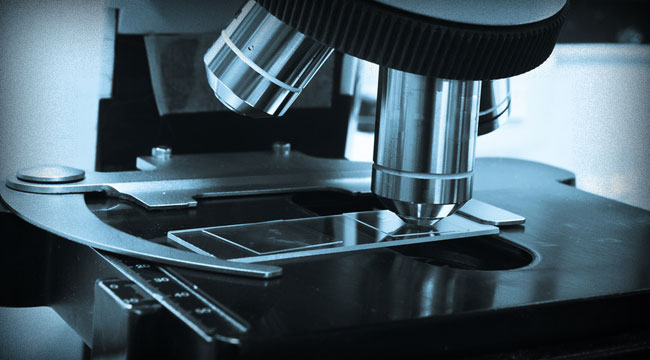 We usually think of ourselves as the planet’s apex life-form, but we’re really just feeble newcomers on this globe. Other life-forms have been around far longer.

Bacteria, for example, emerged nearly 4 billion years ago, and these “simple” organisms exist in every conceivable environment. We can find them floating on air currents miles high in the atmosphere, where they are the dominant form of life and their presence helps clouds form. At the other extreme, miles deep under the Earth’s surface, bacterial species subsist in communities powered by radioactive decay.

Between these extremes, bacteria are the prevalent form of life. A typical gram of soil contains 40 million of the single-celled organisms, and a milliliter of water, a million. If we could weigh them all, the total mass of the world’s bacteria would exceed that of all plants and animals combined.

Bacteria play a crucial environmental role in that they represent a large share of the planet’s genetic diversity and regulate still-obscure processes in the biosphere. Bacteria are also important in human biology; hundreds of different species take part in digestion and metabolism. Even a human body, averaging 10 trillion cells, is outnumbered by the 100 trillion bacteria living on and in it.

We’ve also found bacteria to be useful technological partners. We’ve long used them to confect fermented foods like cheese and wine, and more recently to produce therapeutic compounds such as synthetic insulin.

But bacteria also have a dark side. We are vulnerable to bacterial infection, and it’s taken a heavy toll on human life since the beginning of history. Their role in infectious disease was unknown to us for most of that time.

In Austria, Hungarian obstetrician Ignaz Semmelweis pioneered hand-washing with antiseptic solutions to reduce the rate of infection in birthing clinics. Unfortunately, the medical community wasn’t ready to accept what was, at the time, a radical idea. The thought that blame for childbed infections lay with poor practices by physicians was considered offensive.

Sadly, Semmelweis, rejected and ridiculed, died of the kind of infection he was trying to eradicate. Of course, the medical community eventually came around, and today we have a wide variety of disinfectants and antiseptics for preventing infection.

Hospital surfaces are routinely disinfected, as is the skin before a surgery. Yet even with the advances in germ-killing technology we’ve enjoyed over the past 100 years, bacterial infection is still a health care problem. According to the Centers for Disease Control and Prevention, one in 20 hospitalized patients will contract a hospital-acquired infection. Estimates for the health care costs associated with these infections are on the order of $30 billion per year.

With emerging antibiotic-resistant bacteria, the problem will only worsen, despite current anti-microbial technology and practices. Overuse and abuse of antibiotics, including extensive use as part of animal feed, is creating a whole new class of superbugs.

The available varieties of antiseptics are of only limited utility. They are toxic to tissues to varying degrees, which limits their use on open wounds. A superior bacteria-killer useful in this setting would be welcome because it would reduce the rate of infection. Furthermore, it could reduce health care expenses in a world of skyrocketing costs and tightening budgets.

With new antibiotic-resistant bacteria emerging, the market environment is only improving for companies that can develop new ways to combat bacterial infections.

Moreover, the problem is expected to worsen. The Infectious Diseases Society of America, for example, expects antibiotic-resistant bacteria to become the “next epidemic.”

The pharmaceutical industry has only a limited number of new antibiotics in development, and most of these are just small modifications to existing classes of drugs. Over time, bacteria will adapt resistance to these as well.

Yours for transformational profits,
Patrick Cox