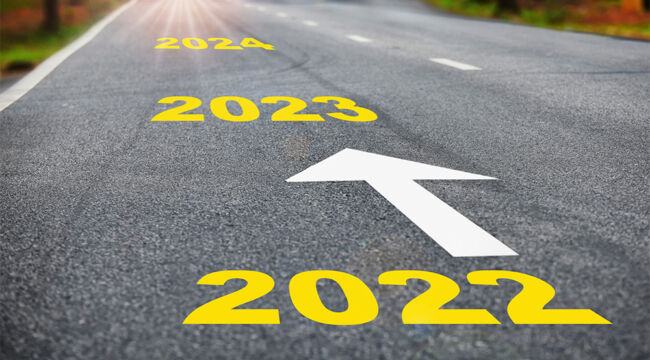 A Long Two Years Ahead

Unfortunately, none of those things is likely to happen in the next two years.

The reason is that none of those policies is under the direct control of Congress. They are all controlled by the White House either through existing legislation or through executive orders. New legislation could be passed but it would be vetoed by Joe Biden; the Republicans do not have the votes to override a veto even if a few Democrats cross the aisle.

If anything, the energy situation will grow worse.

Progressive Democrats will look at their prospects in 2024 and conclude that they will lose the White House then and therefore only have two years left to complete the radical energy transformation of America.

They have almost $1 trillion to spend under the misnamed Inflation Reduction Act passed last August (that law is really the Green New Deal in disguise).

This law provides hundreds of billions of dollars each for separate initiatives to subsidize wind turbines, solar power, electric vehicles and other nonfeasible and ultimately wasteful forms of energy production. Democrats will be in a race to implement their scam rather than retreat to more sensible policies.

The result will be higher energy prices, energy shortages, brownouts, blackouts and worse.

Republicans can scream but the White House will still be firmly in charge. Mark this down as an issue for the 2024 election, but don’t expect much relief in the meantime.

Public Hearings Are on Their Way

But they will be able to hold public hearings to shine a light on the misguided policies of the Democrats and wrongdoing by officials and agencies.

Having a Republican majority in the House means taking control of important committees with jurisdiction over the Department of Justice, the Pentagon, the Energy Department and other key cogs in the White House ideological machine.

Along with control comes the ability to issue subpoenas, call witnesses, take testimony under oath and demand books and records, among other things. There are even committees with the power to conduct investigations and oversight independent of the particular subject matter.

You can expect hearings on the Hunter Biden laptop cover-up, the Biden crime family connections to corruption in China and Ukraine, the politicization and weaponization of the FBI to attack political opponents and parents who just want to go to school board meetings and much more.

You can also expect efforts at impeachment of DHS Secretary Alejandro Mayorkas (for failure to enforce immigration laws), Attorney General Merrick Garland (for using the FBI as a political Gestapo for Biden) and even Joe Biden himself potentially, though that’s less likely.

The hearings may not produce much legislation and the mainstream media can be counted on to ignore them, but the word will still get out through Fox News, social media (especially Twitter under Elon Musk) and private lawsuits.

Valuable information will be unearthed that can either be leaked to the media or used as a platform in the 2024 elections. Get ready for fireworks from the podium and a steady stream of headlines that will be the playbook for the 2024 presidential race.

How Geopolitics Are Affected

While the focus of the 2022 election was on domestic concerns such as inflation, the economy, crime, education and illegal immigration, the world was still a troubled place. This includes the war in Ukraine, a global financial and economic war involving sanctions, Chinese provocations against Taiwan, North Korean missile launches, Iran nuclear weapons development and a coming economic crash in Western Europe.

None of the crises is going away soon.

Again, these geopolitical issues fall mainly in the domain of the White House. Congress has little direct impact except through appropriations and hearings. Appropriations tend to get wrapped into gigantic spending bills or continuing resolutions and have little ability to affect particular policies on a country-by-country basis.

Hearings are good for revealing what’s going on and the White House incompetence, but also have little direct impact on policy. Hearings adverse to the White House are also ignored by the media.

What cannot be ignored are the crises themselves and their impact on everyday Americans including higher energy and food prices due to global supply chain disruptions and economic sanctions.

The greatest danger is the escalation of the war in Ukraine and the possibility of a nuclear showdown between the U.S. and Russia. This type of dangerous escalation is likely and will have a more adverse impact on markets and portfolios than any hearings or legislation emerging from the new Congress.

How can we ignore Trump? He himself makes that impossible regardless of the news cycle.

Trump will announce he’s running for president in 2024. The announcement is expected on Nov. 15, although that date could move a few days one way or the other.

The Democrats will stop at nothing to destroy Trump. (We know that because they’ve been trying so hard for the last seven years including the Russiagate hoax, two impeachments, a criminal investigation of the Trump family businesses, fake news, tax return scavenger hunts and a lot more).

Expect the intense phase of the 2024 presidential election to begin before you sit down for your 2022 Thanksgiving dinner.

As I’ve explained recently, the next development will be a criminal indictment of Trump personally. The Democrats did not want to do this before the midterm elections because it would be too blatantly political.

Likewise, they can’t wait until too late in the election cycle for the same reason – it looks like Department of Justice interference in a presidential election. So the window for an indictment is probably the 120-day period from Dec. 1 to April 1, 2023.

If both stories play out, we’ll have the spectacle of an announced candidate for president standing as a defendant in a criminal case probably based on the “insurrection” of Jan. 6, 2021, which was nothing more than an unruly riot and far from a real insurrection.

The impact on portfolios will be increased volatility based on increased uncertainty.

A Brutal Second Half Is Coming

If you’re tired of hyperpartisan politics, you might want to consider early retirement in Polynesia. That may be the only place that isn’t saturated with the “go for the throat” brand of politics we’re about to witness.

In short, the 2022 midterm elections were more of a halftime than the end of the game. We may get a short breather in the locker room but get ready for an even more brutal second half.

The recent Wall Street rally has been powered by a narrative that Ukraine is winning (it’s not), China is reopening (it’s not) and America will avoid a recession after a Fed pivot (not happening in time).

These narratives will all soon collide with reality consisting of a global recession, a Ukrainian fiasco and a Chinese economic crisis. Let’s hope the liquidity crisis can be avoided but that’s a long shot.

The markets are in for a rude awakening… but you don’t have to be. There’s still time to reduce equity exposure, increase your cash allocation, buy Treasury notes and top up your gold position to 10% of investable assets.

That will see you through the storm.