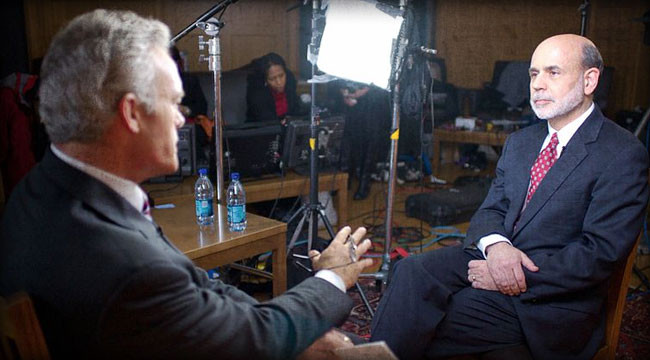 A Helping Hand for Bernanke and Co.

On July 10, Federal Reserve Board chairman Ben Bernanke made a widely noted speech before the National Bureau of Economic Research, in Cambridge, Mass.: A Century of U.S. Central Banking: Goals, Frameworks, Accountability. The immediate takeaway? Rumors of the “tapering” are widely exaggerated.

Chairman Bernanke’s speech provided much more: an overview of the Federal Reserve’s history on the occasion of its centennial.

Toward its conclusion, Bernanke said, “Both research and experience are needed to help the Fed and other central banks develop comprehensive frameworks that incorporate all of these elements.”

Especially in the spirit of Mr. Bernanke’s commitment to transparency and accountability, his concluding remarks surely encourage the prospects for passage of the pending legislation introduced by Rep. Kevin Brady (R-TX), chairman of the Joint Economic Committee, to constitute a Centennial Monetary Commission, HR 1176 .

The duties set forth for the commission fully coincide with Mr. Bernanke’s public call:

1. examine how United States monetary policy since the creation of the Board of Governors of the Federal Reserve System in 1913 has affected the performance of the United States economy in terms of output, employment, prices and financial stability over time;

2. evaluate various operational regimes under which… the Federal Reserve System… may conduct monetary policy in terms of achieving the maximum sustainable level of output and employment and price stability over the long term, including —

(A) discretion in determining monetary policy without an operational regime;
(B) price level targeting;
(C) inflation rate targeting;
(D) nominal gross domestic product targeting (both level and growth rate);
(E) the use of monetary policy rules; and
(F) the gold standard; and

Monetary policy is powerful. It is technical. It demands the thoroughness of a commission as predicate to consideration of systemic reform.

The commission legislation would include the thoughtful voice of Sen. Amy Klobuchar (D-MN), who, as ranking minority member of the Joint Economic Committee, would serve as its vice chair. The percipient Rep. Jeb Hensarling (R-TX), as chair of the Financial Services Committee, would be, or appoint, a commissioner. It contemplates private-sector commissioners to be appointed by leadership. It is difficult to imagine a more conscientious balance to oversee the research and render a report of findings, conclusions and recommendations.

This Centennial Monetary Commission has been gaining co-sponsors steadily. It now has 18, up from an initial 12. More are reliably reported to be in the process of registering their support. Last week, in an underreported event of possibly historic significance, Rep. John Delaney (D-MD, and full disclosure, to whose office this columnist, as a constituent, flagged this legislation) became the first Democratic co-sponsor.

Delaney, a centrist Democrat and a member of the Joint Economic Committee, has extraordinary stature for a freshman congressman. He is the only member of the 113th Congress to have been the CEO of a publicly traded company. He founded two such companies before he was 40 years old, both in the financial services industry. He was inducted into the Ernst & Young Entrepreneur Hall of Fame in 2004.

Delaney’s powerful step of adding his prestige to this legislation dramatically increases prospects of broad bipartisan support and — if his colleagues follow through — assured and early enactment. In his willingness to work across the aisle, Delaney demonstrates real and rare statesmanship.

Mr. Bernanke, in defense of his institution, provides a rather sanguine view of its recent history. Not all central bankers necessarily would concur. The Bank of England published an influential paper titled “Financial Stability Paper No. 13 — December 2011 Reform of the International Monetary and Financial System.” It comes to a dramatic conclusion:

“The paper sets out three objectives for a well-functioning IMFS: i) internal balance, ii) allocative efficiency and iii) financial stability. The IMFS has functioned under a number of different regimes over the past 150 years and each has placed different weights on these three objectives. Overall, the evidence is that today’s system has performed poorly against each of its three objectives…”

Such a remarkable critique emanating from the most venerable of the world’s central banks — no torch-and-pitchfork-bearing mob — does not imply an indictment of Bernanke. Rather, it implies an indictment of the Federal Reserve’s vague governing protocols in and out of place since President Nixon ushered in the epoch of fiduciary management on Aug. 15, 1971. Mr. Bernanke chairs an inherently unstable system.

America, and the world, is wobbling through year 13 of tragic unemployment, growing income inequality and pathetic economic growth rates, which this writer has referred to as “The Little Dark Age.” Republican and Democratic lawmakers have a legitimate interest in engaging in matters pertaining to regulating the value of money… and how they affect economic growth. They also have a clear constitutional mandate to do so.

It could prove valuable, for example, to provide first-rate research on certain elements of Mr. Bernanke’s historical review. For instance, he states to the NBER, “Although the gold standard did not appear to have greatly constrained U.S. monetary policy in the years after the Fed’s founding, subsequent research has highlighted the extent to which the international gold standard served to destabilize the global economy in the late 1920s and early 1930s.”

This seems at odds with the 2004 observation of then-governor Ben Bernanke, in a speech at Washington and Lee University, stating, “The gold standard appeared to be highly successful from about 1870 to the beginning of World War I in 1914. During the so-called ‘classical’ gold standard period, international trade and capital flows expanded markedly, and central banks experienced relatively few problems ensuring that their currencies retained their legal value.”

Is chairman Bernanke’s change of position based on a conflation of the classical gold standard and the flawed “gold-exchange standard” adopted in Genoa? Blurring the distinction between the classical gold standard and the gold-exchange standard was indicted by French monetary statesman Jacques Rueff in The Monetary Sin of the West as “an unbelievable collective mistake which, when people become aware of it, will be viewed by history as an object of astonishment and scandal.”

The distinction is far from academic. Millions of jobs and trillions of dollars may depend on it. Monetary policy is one of the great (perhaps the greatest of) macroeconomic drivers. It is far too important to be consigned to the academic literature, the commentariat and elite civil servants, however academically pedigreed. The ongoing failure of the economy to create millions of new, good jobs — and thereby eliminate the deficit — appears to some the sign of an inherently unmanageable monetary regime. Let’s look.

It is high time for Congress to throw the Fed a lifeline and help it pull itself out of the monetary quicksand. Let’s honor Mr. Bernanke’s call for more research. Let’s support his stand for having “enhanced the public accountability” of the Fed. By exercising its constitutional authority to set up the Centennial Monetary Commission, Congress may yet set America, and the world, on course for massive job creation, deficit reduction and a climate of equitable prosperity.