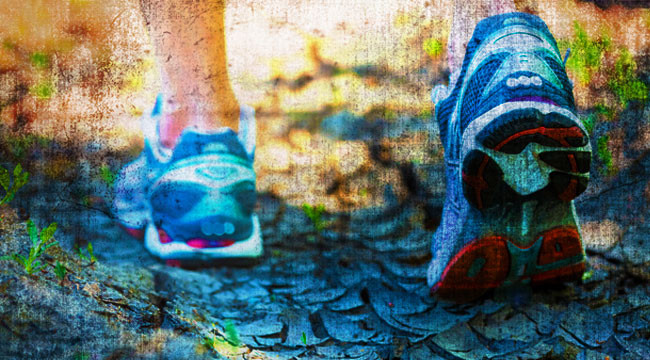 A Healthcare Plan that Could Save the U.S. Billions

“Dad, I’ve got to do something,” begins a panicky letter from one of the children.

“When I changed my job status, I lost my health insurance. The best policy I can find is $550 a month. What should I do?”

“Don’t buy the insurance,” we suggested. “It’s a waste of money.”

There are two ways a government can rip off its citizens — force and/or fraud. Health care uses both.

The beauty of democracy is that it defrauds the average person into believing that he has been taken into the ruling elite.

Back in the times of Genghis, Attila, Caesar and Napoleon, things were simpler. People were conquered. They submitted. “Insurgents” were disposed of. Houses were looted. Maidens were deflowered. Those were the good ol’ days — before health insurance!

But even in the oldest of days, a man on his own couldn’t keep a whole population under his heel. He needed help. Thus were born the ruling elites, sharing power among at least enough people to control the armed forces. There are governors of all sorts. But if they don’t control the military and police, they will soon be governed by them.

The beauty of democracy is that it defrauds the average person into believing that he has been taken into the ruling elite. He thinks that ultimately, he decides what government does. Naturally, he deserves a share in the spoils.

All government is an exercise in larceny. All governments take things away from some people — power, money, dignity, freedom — to bestow favors on the ruling elite and its clients. The masses willingly and eagerly comply as long as they think they can get something out of it — that is, someone else’s property.

The argument in Congress, which, when last we checked, was holding up the whole parade, was over how health insurance works.

Roughly, $2.2 trillion is spent annually in America — more, per capita than in any other nation — on health-related consumption. The fight is over who gets the money and who gets the care.

It is a zombie war… As far as we know, no one has suggested the obvious solution: Let people decide for themselves.

To win elections, governments need to give as well as take. So in addition to public safety and national security, they offer free health care, free education, free highways, and free elections to determine who gets what.

As near as we can tell, most of the money spent on health care is simply wasted. Just compare life expectancies.

France has a nationalized system. It costs considerably less per person than the U.S. system. Britain, France, Germany — all the developed countries have health care programs partly or wholly run by the feds. All spend substantially less than the U.S. and all have about the same or better life expectancies.

If the feds really wanted a healthy population and an efficient health care system, they’d cease offering health care services to anyone who was overweight…

Taking a more extreme example, Cuba spends only a fraction as much as the U.S… but its life expectancy rates that are not much different.

Here, again, you might be tempted to say that the feds have failed to create an efficient health care system in the U.S. In that, you would certainly be correct. But you would miss the larger point: The U.S. Federal Reserve succeeded better than any of their rivals in transferring wealth from the dumbbell public to their wily favorites in the insurance and health care industries.

And wait… What’s this? According to a recent BMJ study:

“Researchers at the London School of Economics, Harvard Pilgrim Health Care Institute at Harvard Medical School and Stanford University School of Medicine compared the effectiveness of exercise versus drugs on mortality across four conditions (secondary prevention of coronary heart disease, rehabilitation of stroke, treatment of heart failure and prevention of diabetes).

“They analyzed the results of 305 randomized controlled trials involving 339,274 individuals and found no statistically detectable differences between exercise and drug interventions for secondary prevention of heart disease and prevention of diabetes.”

Well, that’s great news, isn’t it, dear reader? Forget the pills. Just go out and take a walk. That should save the nation hundreds of billions, right?

Oh, dear reader, you crack us up. You’ve missed the point again. The idea is to transfer money, not help people become healthier.

Get it? They’d encourage people not to need health care.

As the system works today, few people will choose exercise over drugs. When you exercise, you pay the “costs” yourself. You have to spend the time. You have to do the work. But when you get free drugs from Medicaid, someone else pays.

Get used to it: More drugs… more drones… and more Fed credit-pushing drivel.

Ed. Note: The U.S. is addicted to harmful policies and the feds are the worst kind of pushers, always trying to convince the public that it needs the drug they manufacture: endless credit and compounding debt. But you don’t have to take it lying down. There are ways for your to guard yourself. Start reading the Laissez Faire Today email edition, and start getting all the info on how to keep the feds out of your pocket… and how to profit in spite of them. Sign up for FREE, right here.

12 Steps You Can Take if You Lose Your Job

Although layoffs can be emotional, a pink slip should be a call to action — to get your finances in order, including spending, savings, health insurance, and credit. Here are 12 steps I recommend you take immediately after you lose your job to keep your financial house in order.