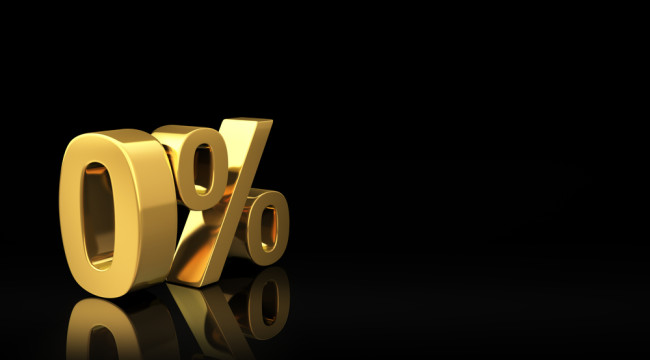 A Full Trunk of Combustible Junk - The Wages of ZIRP

Shuffling uncomfortably with paint brushes in hand in the tight monetary corner into which they have painted themselves, our monetary suzerains are about to demonstrate the folly of their seven-year stint of “extraordinary” policy accommodation.

Even as ZIRP and QE have failed to rejuvenate the main street economy, they did trigger a far-reaching scramble for yield that has now left the casino bobby-trapped with FEDS (financially explosive devices). The current rumblings in the junkyard are just the warning signs of the explosions sure to follow.

These little nasties are not the product of free financial markets and honest price discovery; they are the deformed off-spring of relentless financial repression and the systematic falsification of prices in the money and capital markets.

As shown below, the volume of outstanding high yield debt has reached record levels; and more importantly, it has climbed in a relentless progression over the Fed’s serial bubble cycles.

On the eve of the dotcom collapse, there was about $375 billion of high yield bonds and bank loans outstanding—-a figure which was not in the slightest set back by the dotcom crash and recession which followed.

In fact, by the time Greenspan had slashed money market rates from 6.5% on Christmas eve 2000 to 1.0% by the end of 2003, the amount of high yield debt outstanding had doubled to $700 billion; and it eventually grew another half trillion dollars as the housing/credit bubble inflated, reaching $1.2 trillion by 2007.

During the Great Recession the level of outstandings plateaued during, but there was no purge of the rot or liquidation on a net basis of the excesses that had been generated during the Greenspan housing/credit boom.

Instead, it was rolled over in a vast refi operation triggered by ZIRP and the Fed’s massive suppression of bond yields via QE. Specifically, leveraged bank loan balances were paid down by about 10% between the 2007 peak and 2010 to about $500 billion.

At the same time, junk bond issuance soared, driven by the scramble for yield among money managers and retail investors alike. Accordingly, even during the purported dark days of the financial crisis and its aftermath, junk bond outstandings surged by nearly 40% to $875 billion by the end of 2010.

Thereafter it was off to the races. By the end of October 2015, another $725 billion had been issued, bringing total junk bonds outstanding to $1.7 trillion.

So put it this way. During the Fed’s 84 month long sojourn at the zero bound, the Wall Street junk bond underwriters were busy like never before. They managed to issue $1 trillion in new junk bonds, and at the lowest spreads in the 35 year history of the high yield market.

Indeed, the scene was as far removed from the crisis environment which had triggered the Fed spree of money printing and extraordinary policies in the first place as to suggest a monumental disconnect. To wit, massive new risks were being accumulated in the financial system, but until the recent few months junk bond prices had climbed steadily higher, meaning that as spreads narrowed to the vanishing point, the junk bond asset class was generating record double digit returns year after year. 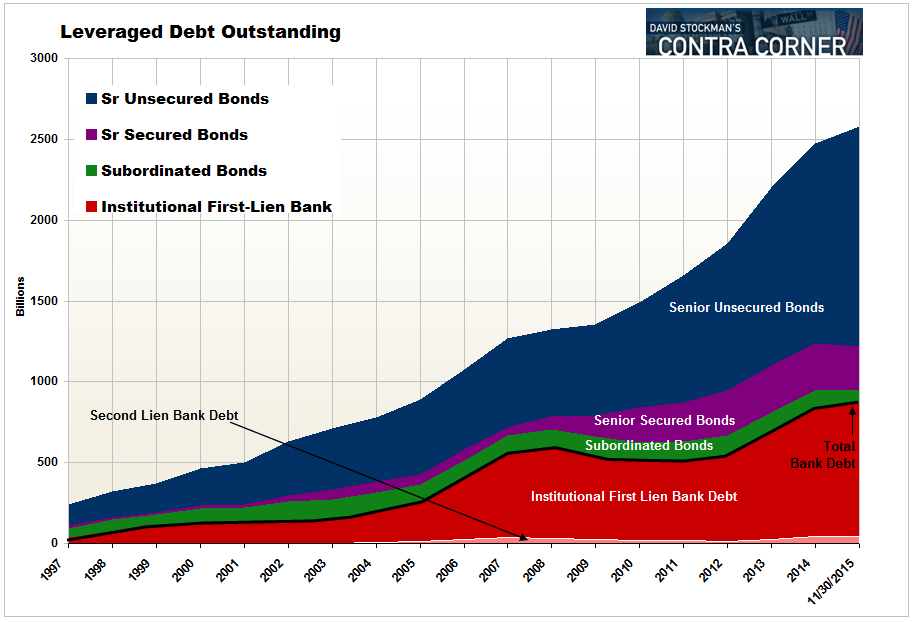 But the junk bond boom wasn’t the end of it. After treading water during 2009-2010, the senior leveraged loan market came roaring back, too.  At the end of October, outstanding had risen to $875 billion or by 75% from their post-recession low.

On the surface this seems in conflict with the mantra of Fed apologists that the banking system has been fixed and stress tested, and that the kind of toxic asset meltdown in the banking system that occurred in the fall of 2008 had been banished to the distant past.

Not exactly. The risk inherent in highly leveraged loans had just been shuffled off to a venue outside of the regulated banking system that is far more unstable and dangerous. To wit, CLO’s (collateralized loan obligations) have been resurrected after their near death experience in 2008.