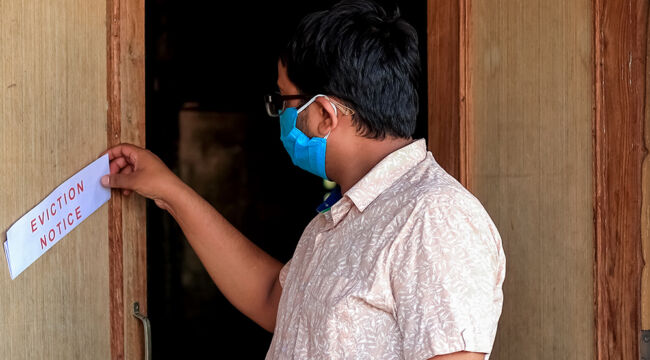 From 2009 to 2019 (the recovery from the 2008 global financial crisis), the average annual growth in GDP for the U.S. was 2.2%. So, in comparison with the previous recovery, 6.5% seems like exceptionally strong growth.

Of course, champagne corks were flying at The New York Times and other mainstream media outlets because Q2 output has regained 2019 levels. But the recession was over in April 2020. It’s now August 2021, and they’re celebrating that we’re back to 2019 levels? That’s a pathetic rebound and really nothing to celebrate.

Let’s take a closer look at the numbers…

First, most analysts and media projected the Q2 number to be 7.5% or 8.0%, so it fell below expectations. Second, the Federal Reserve Bank of Atlanta GDPNow tracker for Q2 GDP fell from 13% in April, to 10% in May, and then 7.5% in June.

With allowance for noise, this means that growth weakened considerably over the course of the quarter. It also means if growth was stronger in April and May, and if growth for the quarter overall was 6.5%, then June must have been well below 6.5%. It’s simple math.

That means Q3 is off to a weak start. With the Delta variant of the virus out there, the situation is even worse. Finally, there was some highly troubling data in the fine print that comes along with the headline number.

Imports were healthy because Americans have been on a bit of a buying binge, using government handout checks. But exports were awful, a reflection of the fact that the rest of the world is not doing nearly as well as the U.S. Simply put, foreigners are not buying our goods because they’re in bad shape themselves.

Most dramatically, personal income fell 30% on an annualized basis. This is a measure of private income that does not include government handouts. Most of this 30% drop was based on revisions to prior data, which had been updated by the Commerce Department using more reliable surveys.

Statistical adjustments aside, the bottom line is that private income (both wages and proprietor allocations) has been flat for eight months going back to October 2020.

Not a Recovery, But a Disaster

That’s not a recovery; that’s a disaster. It makes the forecast more dire because one-by-one the government subsidies are running out.

For the full-year 2020, the economy fell by the greatest amount since 1946, but the second-half recovery kept that from being far worse.

Why wasn’t the 2020 economy much worse? The answer is that a huge number of financial rescue programs were put in place, backed up by tens of trillions of dollars of either money printing or deficit spending.

The Fed expanded its balance sheet by over $4 trillion in the immediate aftermath of the collapse. Congress approved trillions of dollars of checks sent directly to the American people. Unemployment benefits were extended and increased. Student loan repayments were deferred. Payroll Protection Plan loans were made to small businesses (and most were later forgiven).

The Gravy Train Has Stopped

But expanded unemployment benefits are mostly done. The Payroll Protection Plan loans are over. No additional checks are going to be mass-mailed, as happened last February and December.

With government handouts mostly over, private income stagnant and exports falling, it’s not clear what will drive GDP growth at all in the second half of 2021.  To top it all off, the rent eviction moratorium is over.

One of the most effective and least reported programs was the moratorium on evictions of renters. This was a federal program, although there were many local equivalents.

Once renters knew they could not be evicted, they stopped paying rent. The program was so widespread that 14.7% of all renters in America now owe back rent. That moratorium expired as of last Saturday. What happens next?

It would be one thing if the renters had put the monthly rent money in escrow so that it would be available when the moratorium expired. That’s unlikely to have happened for more than a few of the six million families covered by the program.

A three or four-month moratorium on eviction starting in April 2020 might have made some sense. But running the program for 15 months with no plan for a smooth exit has led to another crack-up for an economy still not up to speed.

Landlords Have Bills to Pay Too

People naturally sympathize with the renters who were affected by COVID. However, little consideration is given to landlords. Many landlords have mortgages and had to pay principal and interest to banks, plus maintenance and property taxes while their tenants were paying no rent.

Now those landlords want to collect the back rent in order to get caught up on their own obligations. Many tenants just don’t have the money. What comes next is a wave of evictions.

This will put an enormous number of Americans out on the street looking for new places to live without much money in their pockets. It could also lead to a depressed housing market in certain cities as a surge of rental properties comes on the market while people are fleeing the cities to move to suburbs or more attractive states like Florida.

This will be one more headwind for the economy, as both tenants struggle with housing costs and landlords struggle with a surplus of property for rent. It’s one more example of the unintended consequences of government intervention.

Of course, the stock market is still in bubble-land and in denial about all of this technical data. That won’t last. The stock market may continue to float for another month or two, but by October, a severe correction may be in the cards as new data make it impossible to ignore reality.