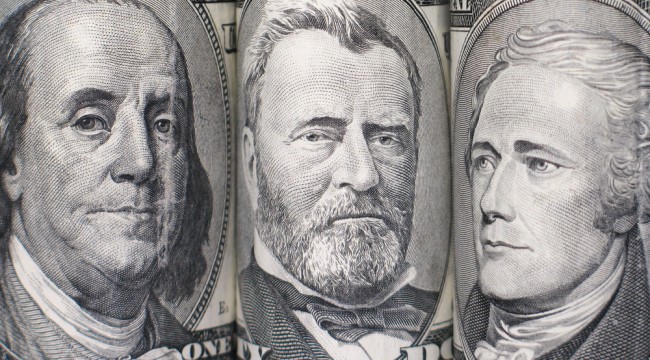 A Dead Weight Dragging Down the US Economy

“The Sandinistas did some good things and some very bad things,” said Antonio.

We were racing along dirt roads near the Pacific Coast. Antonio was pointing out the big ranches that the Sandinistas had confiscated.

Now, landowners are getting their property back — or compensation. It is a long, hard process, though. The land may have been sold several times since the early 1980s. It will take years to sort out the mess in the land registry records.

“People come down here and they think they can do a title search like they do in America,” he continued. “But it isn’t that easy. You have to ask around. Some of the title claims are not recorded. You have to know who owned the property and how they got it.”

Americans would be considerably richer if they didn’t give up so much of their income to government.

“But one of the good things the communists did was to make people appreciate a good patron,” he continued.

Longtime Daily Reckoning sufferers are familiar with the twisty roads we sometimes take. But it is a rare road that doesn’t lead somewhere. Not always where we intended to go…but often where we should have been.

Antonio is a patron. He employs hundreds of local men and women — building roads, building houses, tending cattle, cooking breakfast, doing laundry. He has teams of workers with machetes who cut the tall grass in the rainy season.

“Wouldn’t it be better to use a tractor with a bush hog?” I ask.

“At least you could give them scythes, so they didn’t have to bend over so much,” I suggest.

Antonio’s family once owned 100,000 acres of cattle land in Southwest Nicaragua. Now, Antonio spends a good deal of his time trying to get the land back.

It is beautiful land, a tropical paradise along the Pacific coast. But nature rarely gives something without taking something away. Nicaragua has been hit by tidal waves, earthquakes, and volcanic eruptions. Antonio’s grandfather’s house, for example, was located just a few feet from our lodge — before it was swept away by a tidal wave in the early ’90s. Likewise, Managua was leveled by an earthquake which killed more than 20,000 people. The nearby town of Masaya was also hit — it has many houses with collapsed roofs and walls, still waiting to be repaired a decade later.

There are also dangerous bugs. My wife is a healthy woman. But when I found her unconscious on the bathroom floor, with her eyes rolled back in her head and foam coming out of her mouth, I knew that something about Nicaragua did not agree with her. (Dr. Rosales from nearby Rivas gave her a shot and some pills and she was soon as good as new. After Elizabeth recovered, we spent our days in idyllic bliss. We walked along the beach in the morning…and then took an early swim. In the heat of the day, we read and studied Spanish. Then, in the evening, we went horseback riding and took another swim in the warm ocean surf. There was little else to do, but we were happy doing little else).

Antonio drove his pickup down the narrow dirt road as though he were trying to outrun a tornado. Storms of dust followed us, choking the poor campesinos walking along the roadside, and covering the schoolchildren in their bright white and blue uniforms. He rarely slowed down — even for cows, chickens or humans. Instead he just tooted his horn and counted on the survival instinct of his fellow mammals to keep them out of his way.

Gradually, Antonio is cleansing the gene pool of animals with slow reflexes. “One time, when I was in a big hurry to get to Rivas,” he explained, “I hit five chickens along the way.”

“You know, another good thing the Sandinistas did — they made people poor. Rich people can afford to be communists. But people in Nicaragua began to see themselves getting poorer and poorer as their relatives in Miami and Costa Rica were getting richer. People don’t mind being poor, as long as everyone else is poor. But when other people are getting rich, they don’t like it…”

Antonio is helping to answer one of the most puzzling questions of our time. Why has the level of government spending continued to rise in America? Government is an economic deadweight activity. That is, it is a cost…a net consumer of capital — a black hole into which wealth disappears. Typically, ceteris paribus, the more government, the poorer people are. That is why “the government that governs least, governs best.”

Since the fall of the Berlin Wall, there has been less need for defense spending in the U.S. And with the full employment, boom economy of the ’80s and ’90s, there is less need for social spending. Yet, taxes and government spending continue to rise. Why? Americans would be considerably richer if they didn’t give up so much of their income to government.

But, it is not absolute wealth that matters, it is relative wealth.

We drove through a small village. Looking into the houses through open doorways, I could see the simplicity and poverty in which the people of Nicaragua live. Their houses often scarcely have walls — just rude boards nailed onto posts. Nor do they have much furniture — little more than a hammock and a rocking chair. But what do they need? They have a tin roof over their heads — and chickens and pigs running around the yard. Occasionally, there is fish, too — taken right out of the ocean with a simple hook and line. They don’t even need fishing rods; the hooks are swung around and tossed into the sea, with the line wrapped around a short board as it is trolled in.

Some kind of festival was underway in the village. Several men were mounted on horseback, with a few dozen cheerful onlookers standing by the road. In the middle of the road, overhead, a chicken was tied to a rope stretched between two trees.

“They are playing a game,” Antonio explained. “The idea is to see who can grab the chicken’s head and tear it off. And it’s hard to do.”

“Is the chicken alive?” I asked, wondering what the SPCA might think.

The sight of the happy, well-fed natives enjoying their sport reminds us how little we really need to be happy. Just food, clothing, shelter. And a chicken that is smart enough to escape Antonio’s truck. Everything else is vanity, little more than an attempt to feel that we are better than others — or at least to avoid allowing other people to feel superior to us…

There are a lot of ways to feel superior, but in this age of materialism we gauge our superiority in dollars and sense. Nicaraguans can’t afford more government, because they are poorer than their neighbors. But Americans are rolling in credit (which they confuse with real money) — and don’t mind giving up some of it to a government that promises to tie up the rich — and wrench their necks off.

Your correspondent, back on the job… but still dreaming of the tropics…

Ed. Note: Readers of today’s issue of The Daily Reckoning email edition received a personal update of life down in Nicaragua from their managing editor — including a few details on an upcoming event being held at our own Rancho Santana resort on the gorgeous pacific coast. To get info on this and other great investment opportunities, be sure to sign up for the FREE Daily Reckoning email edition, right here.