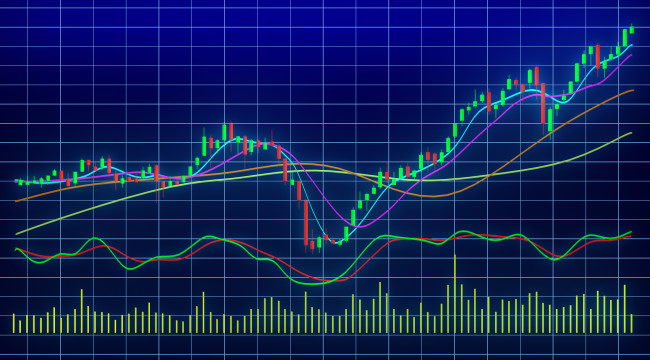 A Cyclical 'Mini-Me' to a Big Secular Event?

Ever since the current (final wave 5?) leg in the now 4 year, 7 month old US stock bull market generated in November of 2012, NFTRH has tried to make the point that there is no new secular bull market in US stocks. Indeed, there is a maturing cyclical bull market that has another 5 (+/-) months to live if it is to match the two previous cycles. The bubble leader, Russell 2000 does after all have a measured target of 1350 (Kisses Goodbye).

Why do we call the US cyclical stock bull a bubble you ask? Because of this chart (courtesy of SlopeCharts), variations of which NFTRH subscribers have been repeatedly hit over the head with just to make sure that we know what we are dealing with. 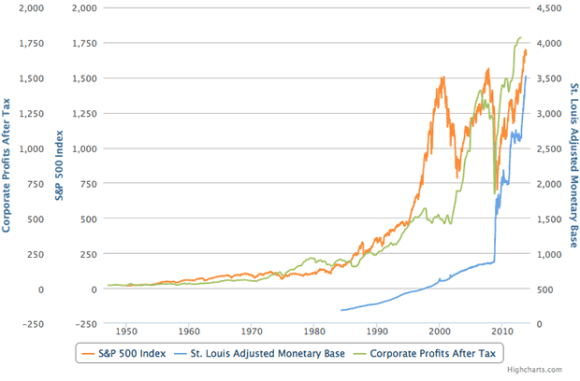 The two previous humps lasted about 5 years each. T minus…

Today’s cyclical stock bull is likely a bubble because reverence toward policy makers and the efficacy of policy making is likely a bubble. Remember how well reviled Ben Bernanke was in 2011? Pitchfork wielding mobs and all? Bill Gross very publicly went bearish against long-term Treasury bonds due to the inflation that “Helicopter Ben” had promoted? “How you like me now, suckas?” thinks Ben.

The macro backdrop is currently a compressed and oh so noisy ‘mini-me’ version of the the big changes that occurred in 2000. The difference is secular vs. cyclical. So what does this mean for the gold stock sector? 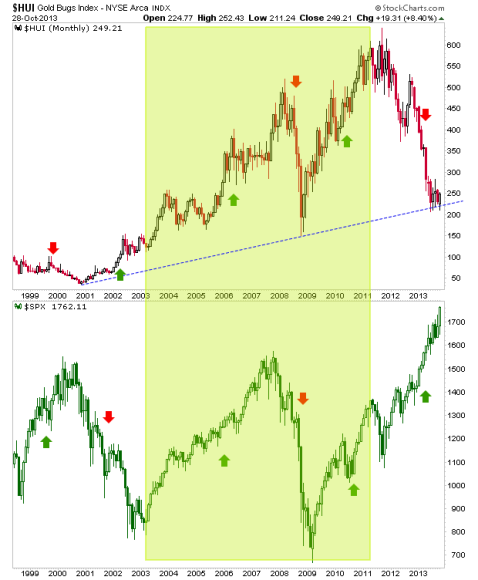 If symmetry holds and we are right to call the S&P 500’s bull market a cyclical one with termination measured in months, not years, then we may also be right in looking for a strong rally at least and new cyclical bull market at best, in the absolutely torn to shreds gold mining sector.

If you look at the big picture chart above you see a series of higher highs and higher lows intact on the HUI during the secular phase from 2000 to present. What is a bull market? It is a series of higher highs and higher lows. The cyclical bear of the last two years has required infinite risk management but let me ask you this; how many stock market bulls are thinking about risk management right now? The same proportion that were doing so in 2000 maybe?

Conversely, how many strong gold stock bulls are left out there? The same proportion as in 2000 maybe? The current cycle has from several vantage points (macro fundamental and technical) the potential to be a mini-me version of the big changes that occurred in 2000. Best of all, few are expecting it. Next best of all, in the event this analysis is incorrect and a new, enduring era of economic plenty has actually been manufactured by policy, gold will fail again and the gold stock sector will probably fail the blue dotted line above, which can be considered a close proximity ‘stop loss’ to this plan.

But if the plan is correct, it is a long way up to another higher high on the HUI (though it is best to manage lower, shorter term targets and resistance points for now). Meanwhile, expect grind and noise as emotional markets play out their respective roles with policy makers front and center both in the media (jawboning) and through official policy statements (FOMC comin’ at ya tomorrow at 2PM US Eastern).

Note: This originally appeared over at Safehaven.com

P.S. The Daily Reckoning email edition is full of great insights, wisdom and advice for the savvy investor. Learn how to profit from today’s big market moves by subscribing today. Just click here.

The Market Needs the Heimlich Maneuver

“Central banks face a stark and sobering choice: either let the asset bubble collapse and accept the immense destruction of “wealth,” or buy the whole darn market”…

Gary Tanashian is proprietor of the financial market website biiwii.com and a technical analysis and commentary blog (biiwii.blogspot.com). The focus is on broad market trends and precious metals. A contrarian by nature, Gary uses macro-fundamentals, technical analysis and market ratio analysis to remain on the right side of the trade.