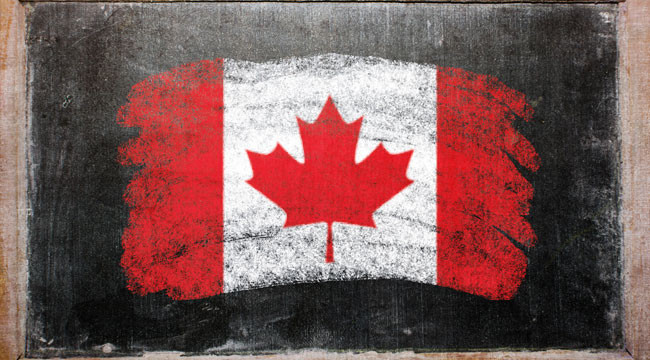 A Cure for Obamacare: From Canada With Love

Baltimore, MD — Apparently the president doesn’t need legal advice when it comes to certain important policy matters. In a recent interview, President Obama claimed that he didn’t need to consult with his team of lawyers when they decided to postpone the employer mandate, a critical piece of the Affordable Care Act (ACA). There’s only one problem…

Nowhere in the law does it give the president the authority to do so.

But that doesn’t matter to the president. Apparently the White House isn’t too concerned about those who question their decisions. In fact, Obama even went so far to mock their legal understanding of the law, claiming that “very few of them… are lawyers, much less constitutional lawyers.”

We ran the numbers. It turns out that 35% of the House of Representatives and 55% of the Senate hold a law degree. Maybe the White House thinks that since 100% of the Executive Branch hold law degrees, they must know what they’re talking about. There might be some truth that there are very few constitutional lawyers in Congress. But as Obama has shown, being one doesn’t help you understand it any better.

It’s a bit surprising that the president didn’t turn to his legal team to find a way around this legal inconvenience. He’s used them time and time again to reinterpret the Constitution, expand his presidential power, and slowly erode the freedoms of Americans. What harm is another abuse of power in the grand scheme of things. (We’re kidding, of course.)

This just goes to show how far the architects of the ACA will go to make sure the law takes effect. You see, they understand how things work. Both in D.C. as well as the rest of the country. Americans tend to favor the status quo. They rarely want to rock the boat. And even though this health care reform is a drastic change on how Americans deal with health care, once it becomes part of our everyday life, it becomes part of the status quo.

Then, if changes need to be made, it’s just a matter of tinkering around the edges. The Nobel prize winning economist, Milton Friedman, called it the Tyranny of the Status Quo. And now we’re only a few short months before Obamacare crosses that threshold.

So what happens when governments make themselves an active participant in their citizens’ health and well being? Yesterday, we crossed the Pacific and saw how some Japanese politicians view certain members of their society. Today, we’re staying closer to home. Our northern neighbors took a more drastic approach to their health care system.

To find out how that turned out, we turn to Gregory Cummings, a pharmacist/business owner/blogger writing for the Foundation for Economic Education. More importantly, however, Gregory hails from Canada, so he’s had first hand experience dealing with their health care system.

Introducing Gregory Cummings’… A Cure for Obamacare: From Canada With Love

A recent study on Canadian health care has been released late last year. In it, the authors examine the deleterious effects of socialized medicine on patient wait times and the delivery of care. It offers Americans a revealing glimpse of the future economic implications of Obamacare.

Released by the Fraser Institute, the December 2012 survey of specialists reveals that Canadians are now waiting 17.7 weeks between the referral to a specialist and the delivery of treatment. This is 91% longer than in 1993, when the institute began studying wait times.

In essence, wait times in Canada have doubled in the past 20 years. Sadly, the rationing of care that results in lengthy wait times for patients is a predictable consequence of government interference in the medical system.

Other things the same, consumers (in this case, patients) seek out more medical care as its price decreases. This is simply a reflection of the law of demand. Because patients living under government medical “insurance” pay nothing directly, they seek out medical treatment for increasingly frivolous reasons, squandering valuable resources in the process.

Suddenly, a runny nose during cold and flu season is reason enough to proceed to the hospital. Or an otherwise healthy individual travels to the nearest medical clinic on a weekly basis to have the doctor check his blood pressure. Or an elderly widower visits the emergency room on Christmas Day because he’s lonely. Moral hazard of this sort is all too common in Canada.

No Medicine, No Care

On the other hand, the skyrocketing costs associated with growing use of the state-funded medical system cause the government to institute price controls on health care services. Economic calculation, a characteristic feature of the unhampered market economy, is progressively eliminated as prices become increasingly arbitrary. This neuters the market allocation of resources, resulting in persistent shortages in critical areas. Medical care is then rationed to patients. Long wait times are but one symptom.

In addition, barriers to entry, such as state licensing requirements and the accreditation of educational institutions, cartelize various medical professions and further exacerbate these circumstances.

Ultimately, as Murray Rothbard predicted, “everyone has the right to free medical care, but there is, in effect, no medicine and no care.”

The wait times, for example, satisfy the needs of seemingly everyone but the patient. According to the specialists consulted in the Fraser study, Canadians are waiting approximately three weeks longer than is reasonable between the initial consultation with a specialist and elective treatment. Importantly, a wait time that is deemed reasonable by a physician, especially one accustomed to practicing within the framework of socialized medicine in Canada, is likely less tolerable for the individual patient.

For example, while a median 12-week wait time for orthopedic surgery may seem reasonable to a specialist, it may not be for a bedridden long-term care resident awaiting hip replacement surgery. Nevertheless, these results were deemed satisfactory by Canadian provincial governments, who evidently hold themselves to lower standards of performance.

Currently, Canadians are awaiting an estimated 870,462 procedures. Life on a waiting list isn’t pretty. It involves living in a state of poorer health, in constant fear that treatment will come too late, increased suffering, lower quality of life, and financial and economic loss. According to Dr. David Gratzer, author of Code Blue: Reviving Canada’s Health Care System, some patients even die without treatment. Others will travel in search of health care. In fact, an estimated 0.9% of patients left the country in 2012 in preference for treatment outside of Canada.

It doesn’t have to be this way. As Rothbard, describing the U.S. medical system of his time, explains:

“Everyone old enough to remember the good old days of family physicians making house calls, spending a great deal of time with and getting to know the patient, and charging low fees to boot, is deeply and properly resentful of the current assembly-line care. But all too few understand the role of the much beloved medical insurance itself in bringing about this sorry decline in quality, as well as the astronomical rise in prices.”

Rothbard saw the rise of the HMO/PPO state in America, which Obamacare essentially puts on steroids. Under this system, Americans received health “insurance” beyond catastrophic care. This amounts to an all-you-can-eat health care buffet for consumers, just as it did in Canada — only without the rationing. Care providers and health insurers formed a cartel around these profligate consumers and divided the spoils.

The result has been steady medical inflation in America. But without accurate price signals for patients, rationing will have to follow. The Canadian example demonstrates that the egalitarian desideratum of “equal care for all” condemns society to poorer care for all. That is why Obamacare too will fail.

Instead, the cure for our metastasizing health care ills is freedom — that is, a restoration of the market process with the patient at the center. This restoration of patient sovereignty in the medical system is the only way to allocate health care resources efficiently and without shortages.

Gregory Cummings writes about Canadian monetary and economic policy. His writing has been featured at the Ludwig von Mises Institute of Canada, where he is a frequent contributor, and the Ludwig von Mises Institute’s Mises Daily. He has also written for the Freeman, a publication of the Foundation for Economic Education. Cummings’ formal training in critical appraisal and understanding of Austrian economics uniquely position him to analyze Canadian economic and monetary policy decisions from a contrarian perspective.