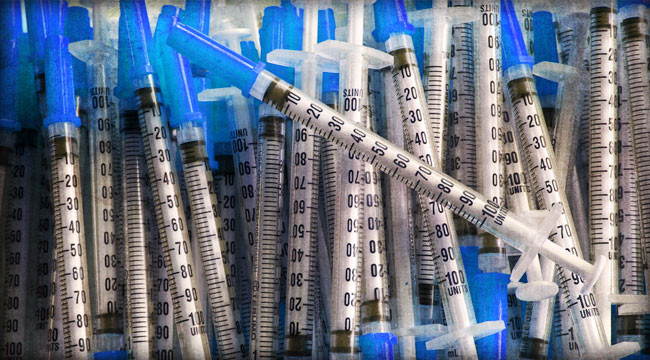 A Better Way to Fight the Flu

Soviet dictator Joseph Stalin is reported to have once said, “The death of one man is a tragedy, but the death of millions is a statistic.” Human psychology being what it is, we are shocked and appalled by the unusual, but we become habituated to what’s common, even if it’s something very bad.

In few places is this as true as in our reaction to disease. Something that regularly kills a great many people usually doesn’t elicit much of an emotional response. One good example is influenza. We tend to think of influenza, also known as “the flu,” as a common seasonal illness. Infecting up to one in five individuals during a typical year, it certainly qualifies as such. However, despite (or perhaps because of) the ubiquity of the influenza virus, it’s easy to forget what a huge problem it is.

Worldwide, influenza’s death toll is even more shocking: It’s a safe bet that about half a million people will die of flu infections this year. To give that number some perspective, it’s more than the population of a major city like Miami… each and every year.

The economic toll is correspondingly large. Just in adults, influenza imposes an economic burden of $83 billion per year in the U.S.

Again, to give that number meaning, it’s more than the annual budget for a large state like Florida.

What’s worse about the cost of influenza is that these are typical yearly figures. These numbers aren’t representative of pandemic years — years when a particularly deadly and infectious strain of the virus breaks out. The cost in lives during those years can be far worse. The 1918 “Spanish flu” epidemic, for example, claimed upward of 50 million lives before it ran its course.

Influenza strains, even highly virulent ones, eventually peter out because our immune systems can adapt and defend us. Flu viruses, however, have a high mutation rate. New strains constantly emerge to which we haven’t developed immunity.

Furthermore, influenza is present not only in humans, but also in other animals like birds and pigs. Sometimes, a virus can jump between species or combine its genes with a human-specific version, creating a deadly and highly infectious new variety.

If you’ve read the headlines lately, you know this could be happening right now. Thousands of dead pigs have been mysteriously appearing in Chinese rivers, and people in that part of the world have begun dying of new flu outbreaks.

But that’s not all that’s worrisome. Just as troublesome are news reports of Chinese researchers creating new “hybrid flus.” These strains combine the genes of flu viruses present in several species. They could not only be transmittable to humans, but be highly deadly as well.

Although these Chinese virologists have been creating hybrid strains for benign reasons — to anticipate and prepare for the prospect of man-to-man transmission of these threatening strains — this might not always be the case in other places. Others could use the same methods to create deadly biological weapons. The danger of maliciously modified viruses is so great, in fact, that some experts consider it to be greater than the threat of nuclear terrorism.

Whether from natural or human causes, the next virus pandemic will, sooner or later, hit the globe. Fortunately, the science to counter these threats is maturing rapidly. Innovators are developing prophylactic and therapeutic biotechnology right now to address not only the risk of a deadly pandemic outbreak, but also the much-ignored, but still heavy toll of common seasonal influenza.

Back in the late 1700s, English physician Edward Jenner made one of the greatest medical discoveries of all time. In his study of smallpox, perhaps the most feared infectious disease of the period, he noticed milkmaids seldom contracted the disease.

Jenner knew that humans caught smallpox only once, and if they survived, remained immune for the rest of their lives. Investigating further, he came to believe that exposure to a cattle virus commonly afflicting dairy workers, cowpox, conferred resistance to the much deadlier smallpox virus. He hypothesized that the pox contracted from cattle was a weakened version of smallpox. Becoming infected by it, however, brought the same immunity benefit as the real thing — without the same risk of death.

Jenner then did something considered unthinkable. He deliberately infected a young patient with pus harvested from individuals with cowpox blisters. Months later, he attempted to infect the patient with smallpox but could not. Repetitions of this experiment yielded the same results — exposure to cowpox prevented smallpox infection.

Although medical ethics have evolved a great deal since Jenner’s time, his discovery would change the way we dealt with smallpox and lead the way to the development of vaccines. By the late 1800s French chemist Louis Pasteur would begin to use weakened pathogens to create vaccines against anthrax and cholera. By the 20th century, Jonas Salk and others would extend vaccination technology to other infectious disease like polio and measles.

The discovery that human immunity could be deliberately improved, along with the technology to do it, changed the way we deal with infectious disease. Hundreds of millions of lives have been spared from the ravages of invisible pathogens — including influenza.

Typically, strains believed to be the likeliest during flu season are identified months ahead of time. Then, the long process of growing viruses in chicken eggs and rendering them inert begins. By the beginning of flu season, doses of vaccine — usually containing deactivated viruses for three strains — are distributed. These vaccines present antigens associated with specific influenza strains. Once the immune system is exposed to them, it remembers and attacks live viruses with the same antigens.

But tailoring a vaccine for flu season requires a long lead time, and even our best predictions are often wrong. Dominant strains during a flu season are often not ones a vaccine is designed to prevent. Flu viruses are a fast-moving target, because they mutate frequently. This same disadvantage makes flu vaccines nearly useless in the face of a rapid outbreak of a new pandemic influenza virus. By the time a vaccine becomes available, millions of people could be infected.

Ed. Note: In the meantime, Ray has discovered some incredible companies producing the most cutting-edge technologies you’re likely to find. His latest findings were offered to subscribers of The Daily Reckoning, and early adopters could already be capitalizing on his research. To find out more about this offer, and others like it, sign up for The Daily Reckoning email, for free, right here.