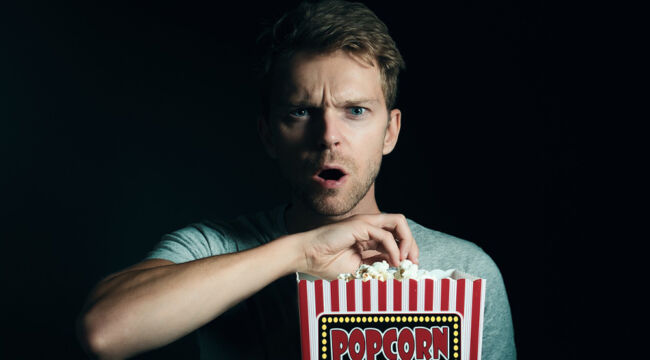 Historians of the future, boiling acorns over their campfires, will wonder how, amidst all the global strife of the 2020s, Americans barely noticed that the U.S. government went to war on its own citizens.

Was there something in the water — or, more specifically, in the Pepsi-Cola? Or did those “vaccines,” which were so popular as an emblem of their obedience to The Science, turn their brains into something like an Oreo McFlurry?

However it happened, said citizens marched themselves ardently into the VAERS database to receive gold stars on their vaxx passports thinking: Jabs will make us free!

Speaking of The Science, the nation learned this week, via a strangely staged colloquy between Senator Marco Rubio and Under Secretary of State Victoria Nuland, that contra to official denials days before, our government was indeed running quite a few — I believe the actual number was 29 — science projects in the foreign land called Ukraine, discovered in the course of Russian military operations there.

Loose talk about “bioweapons labs” was efficiently quashed by Ms. Nuland, who styled the work as an inventory of “biological research materials.” These included such science-y playthings as ebola, bubonic plague, anthrax and sundry viral curiosities of nature.

It looked like she was trying to get ahead of the story, as they say in the agitprop industry.

Putin on the Brain

American news reporters must be living in Vladimir Putin’s head because they are so adept at reading his thoughts. “Putin thinks this, Putin thinks that,” they declare so brashly. They are all so sure of Mr. Putin’s every thought that Mr. Putin must have to check in with American news media to find out exactly what he’s thinking.

Lately, according to CNN, The New York Times and the rest of the gang, Mr. Putin — or maybe it’s The Putin, as in The Science — is thinking of gobbling up all the other quaint little countries at Russia’s border like so many tater tots.

For your consideration: Is it possible that Russian intel knew a little something about those Ukraine labs before Feb. 24, 2022, and became concerned that another concocted freak-of-nature pestilence might get loose there on the Eurasian frontier?

I’m not saying it is, but you never know.

And you must wonder: America saw Russian troops mustering along Ukraine’s border for many weeks before their dastardly operations got underway, and yet nobody in those bio-labs thought to maybe stuff their bio-playthings in the incinerator? Weird, little bit.

But, notice, of-a-piece with the sloppy way that the U.S. has handled the entire COVID-19 fiasco: a Chinese fire drill inside a maelstrom garnished with the rankest dishonesty from start to finish.

And to what purpose, after all?

That’s a new system in which the zombified masses would have nothing and be happy — at least for the weeks and months they remained in the earthly plane of existence before the “vaccines” they were induced to take infarcted their livers and lights, finally carrying them off to sprout wings and receive their issued harps and halos in cloud-land.

And then Herr Schwab and his tiny band of ubermenschen would be free to enjoy their transhuman nirvana free of the swine-like multitudes previously cluttering up the planet.

Yes, life in the early 21st century looks more and more like a bad horror movie. And now the critics are moving in, savaging the production. “A massive murderous fraud,” many are saying of the COVID-19 extravaganza, and the audience, once back out in the blinding, clarifying daylight, are saying to themselves, “Yeah, kinda seems like it was.”

Fraud weakens liability protection. It is a well-known principle among the artisans of law. Moderna stock is down 70% and Pfizer more than 20. Wall Street has sniffed out a motherlode of rot, according to Mr. Edward Dowd, BlackRock investment advisor emeritus, who is saying it loudly over the alternative media, making a whole lot of public health officials and doctors nervous as roaches when the lights flash on.

Mom impersonator Rochelle Walensky, chief of the CDC, has concealed much dire information about the number of “vaccine” injuries and fatalities of the past year, while still begging everybody to vaxx-up and boost-up, knowing they might be harmed by it.

Does she just skate on that? And then, of course, there is Dr. Fauci, missing in action lately. (Anybody look for him down in Paraguay?) Word has apparently come down from on-high that his ubiquitous puss on the nation’s flat-screens is no longer helping to sell the mass vaxx directive.

Too many people, perhaps, suspect that he caused the whole thing to happen in the first place and then botched his attempt to play savior over it. The clock is ticking on when the millions of lawsuits might commence along with prosecutions for crimes against humanity.

Cue “Joe Biden,” then, to crash the global economy and give folks other things to think about — like, how am I going to keep driving sixty miles each way to work with gasoline at $8 a gallon? How, indeed, is anything like an advanced economy going to stagger forward now that nobody in the world will sell each other anything?

What if Russia Wins?

All that’s left is the sound of money being shot out of cannons, and nobody seems to notice that it gets shredded in the process. America has gazed into the abyss and apparently decided to sign a lease and move in.

It would be a pity for the DC swamp and its accomplices in the Covid frauds if the events playing out in Ukraine actually concluded with a reduction of danger and chaos in that corner of the world. It is surely the last thing they want.

Yet the possibility exists that Russia will pacify the country, disarm it, neutralize its most corrupt and obdurately degenerate factions, and set it up as a properly governed backwater that will not threaten to upset the peace of the world again for some time ahead.

Then, the spotlight will be back on the Covid crime against humanity and the folks who perpetrated it. And there will be nowhere for them to hide… especially with financial markets crashing down on their ears.