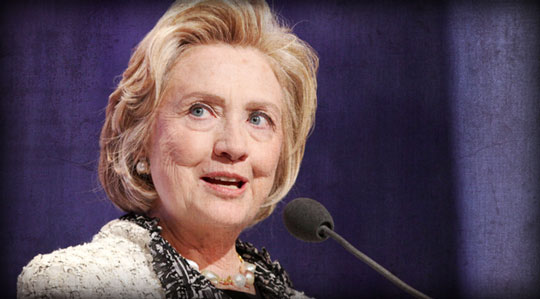 You can see a nasty maneuver developing aboard the Hillary train that may end up being too clever by half. At least we can hope…

I’m referring to the ill-disguised plan circulating among her policy inner circle to hand Janet Yellen a gold watch early so she can be swapped out for Helicopter Moneyman Larry Summers at the Fed.

My response: Please, Hillary, bring it on!

For one thing, whatever is left of the GOP congressional majority after Nov. 8 would have a field day with Larry Summers’ confirmation hearings. The man is one of the great jackasses of American public life — whose record of offending people and groups is Trumpian in scale.

But the jackass part is actually his views on the supposed elixir of government debt. In the face of a $20 trillion public debt and what even the Congressional Budget Office (CBO) says will be another $10 trillion of red ink based on built-in policy over the next decade, Summers’ “moar” debt proposition is so asinine that it is likely to incite even the fiscally irresponsible Senate GOP into a fit of outrage.

We now have official confirmation that the federal deficit rose by 35% in 2016, to $589 billion. That’s bad enough in itself. But what’s worse is that it came at the end of an 87-month-old business cycle expansion when the budget should be balanced or in surplus. And in any event, it was a ringing announcement that the phony trend toward a lower annual deficit is now in the rearview mirror.

Moreover, the actual public debt outstanding surged $1.7 trillion during the last two years, and will therefore coast past the $20 trillion mark soon after Inauguration Day. What’s remarkable about that awful milestone is that it’s nearly double the $10.6 trillion level where the public debt stood in January 2009.

That’s right. Barack Obama and the GOP Congress printed nearly as much debt in eight years as had the first 43 U.S. presidents during the preceding 240 years!

But Professor Summers thinks what ails the U.S. economy has been insufficient rations of fiscal largess from Washington. You can’t make this stuff up. Here’s his latest emission of economic jabberwocky:

[The] primary responsibility for addressing secular stagnation should rest with fiscal policy. An expansionary fiscal policy can reduce national savings, raise neutral real interest rates and stimulate growth… Other structural policies that would promote demand include steps to accelerate investments in renewable technologies that could replace fossil fuels and measures to raise the share of total income going to those with a high propensity to consume…

Let’s see. The public debt was about $5 trillion at the turn of the century. So why didn’t that $15 trillion, or 4X gain, in barely a decade and a half crush the “secular stagnation” problem in its tracks?

Apparently, the good professor thinks economic growth petered out anyway for lack of effort in the Imperial City. With a few more wars, even more expansive Obamacare and more prodigious emissions from the domestic pork barrels, we could have had a $30 trillion expansion of the public debt that has already been gifted to future generations.

Whether that would have done the trick, Professor Summers never says. His ready answer is always that stimulus failed because it wasn’t big enough.

He’s dead wrong. It is rooted in the Keynesian proposition that we can borrow our way to prosperity. We can’t.

Summers and his fellow Keynesian swindlers will claim this is a brand-new scheme of “helicopter economics” under which the Fed’s prodigious outpouring of new money will go to the people rather than Wall Street. This will purportedly be achieved by huge increases in the nation’s already monumental public debt to fund spending increases and tax cuts, which would then be monetized dollar for dollar by the Fed.

Folks, that’s not a new idea. It’s as old as the hills, and it’s called monetary fraud.

P.S. I’ve gone ahead and reserved a free autographed copy of my book TRUMPED! A Nation on the Brink of Ruin… and How to Bring It Back for you. Click right here to learn how to claim it.

Click here to fill out your address and contact info. If you accept the terms, the book will arrive at your doorstep in just a few weeks.